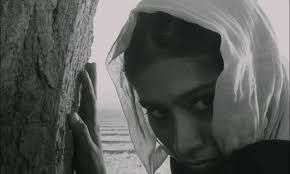 THE Film Finance Corporation is the youngest of the three financial corporations, set up by the Ministry of Finance. The main purpose of the Corporation is to encourage the production of films of good quality. This definition has a special import-films which are instructive as well as entertaining. Also F.F.C. financed films should hold the mirror up to life in its nobler form. That is to say, the films should have more realism where the picture-goers find it easy to identify themselves with the characters, situations and problems portrayed in them. This would hold good both in regard to social themes and to subjects with a historical or folk lore background. This mean that F.F.C. films would seek to make a departure from the normal run of pictures produced solely through private financing. They would be short of over-glamorous settings and costumes, exaggerated characterisation, unreal and contrived situations and melodramatic treatment. Crude and cheap humour would also be eschewed.

There is another and more important requirement of 'purposeful films' which the Corporation would like to encourage. And that is to produce a picture woven round a theme with an over-all ideal which will be conveyed in a subtle and indirect way without being propagandist. Even if the main idea of a film is conveyed only through a single character whose heroism or demeanour compels admiration and emulation or through a few significant dialogues which gives food for thought to the picture-goers, the film should be considered to have achieved its purpose.

With this twin objective in view, the Film Finance Corporation would give preference to film themes based on national problems, social and cultural, or subjects having a universal appeal subject, of course, to other factors being satisfactory.

The Corporation also has the authority to scrutinise the script of the film. It thus makes sure that the proposed film confirms to its objectives.
It would, however, be unfair to draw the inference that the Film Finance Corporation is trying to take on the role of reformist movement, in the Indian film world or that it will replace private financing for the film industry. The Corporation's effort is to help in the production of films which will progressively turn out to be works of art and lay stress on lasting values by which alone a people and a nation are known and respected. It does not ignore the commercial aspect of a film which is very important if the Corporation is to continue its role as a film financier. At the same time, it would set its face against its money being used for a production which portrays life in its base forms leading to national degeneration and disruption.

The Corporation does not add to the cost spiral in the film industry. A 'box office hit' today involves colossal sums of money. Top-notch film stars and reputed production studios are booked at fabulous rates in order to make a film which would draw vast crowds. Should the film fail, the producer finds himself in a financial tragedy.  The Corporation on the other hand would give preference in a film whose production is financially modest and whose stars constitute newfound talent. This serves a double purpose of and makes a valuable contribution to the development of the film industry and the film profession.

The idea of the State taking a hand in the financing of the film industry is not new. There is a National Film Finance Corporation functioning in the United Kingdom for over 10 years. In Italy, the job has been entrusted to a bank while in France, the work is handled by the National Centre of Cinematography.

The Film Finance Corporation in India Limited, incorporated as a wholly-owned Government company, was registered in Mach 1960. It, however, started functioning effectively from the middle of February 1961 and by the middle of October, it had received 22 applications for loans totalling nearly Rs. 64.70 lakhs. Of course, 5 applications totalling a sum of Rs. 18 lakhs were sanctioned. A sum of Rs. 6.40 lakhs has already been disbursed among 3 applicants. Ten applications have been rejected and 7 for a total of Rs. 19.85 lakhs are pending. The Corporation has an authorised capital of Rs. 1 crore but its paid up capital of Rs. 20 lakhs was nearly exhausted. Now the paid-up capital has been raised to 44 lakhs.

The objectives of the Corporation's financing have set the pattern of selection of films for loans. Not all the money that is required for the production of a film is met by it. One-fourth of the total cost is to be met by the producer and the Board of Directors of the Corporation may, in its discretion, grant loans upto Rs. 3.5 lakhs for a single film. Loans in excess of this amount will require the approval of the President. The interest rates of the Corporation have been kept particularly low. They range from 7½ to 9% with liberal rebates for prompt repayment. The Corporation has a voice during the production of a film and where a film is not completed within the target date, the Board has the right either to demand from the borrower, immediate repayment of all outstanding installments of the loans together with interest or take over the production of the film and complete it under its own authority or though another producer nominated by it. The Corporation also has the authority to scrutinise the script of the film. It thus makes sure that the proposed film confirms to its objectives. The Corporation has made a modest but a good start. The making of purposeful films is, undoubtedly a slow process, but judging from the response from the film industry, it promises to be a sure success worth waiting for.

This article was originally published in Film Industry of India, which was compilled by B K Adarsh in 1963. The image used was not part of the original article.
988 views