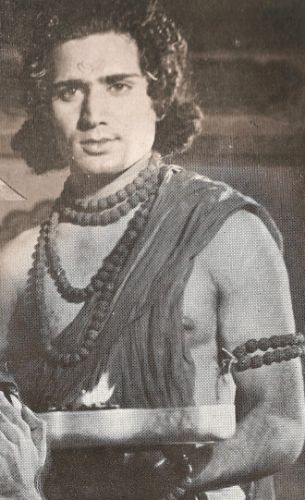 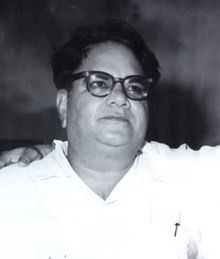 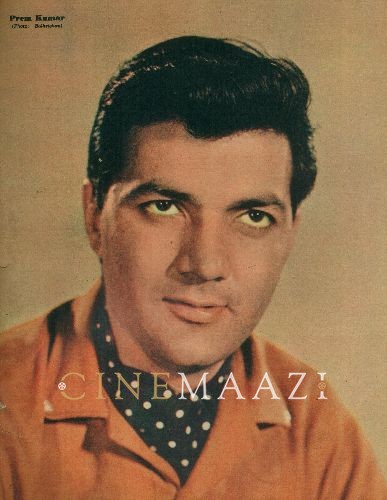 Vijay Choudhary is the ideal man—a righteous sarpanch, a decent husband and a considerate elder brother to Ravi Choudhary, his step-brother. Vijays wife Laxmi is an amicable woman as well. As a sarpanch, Vijay works day and night for the villager’s wellbeing. One of his main obstacles in his way proves to be the adulterated food sold by Milawat Ram, the village shopkeeper. Though Vijay warns him, Milawat continues his malpractice to earn higher profits, placing the villagers’ health in danger. Vijay decides to set up a government sponsored shop to provide them with unadulterated goods. The panchayat supports his plan and helps him set the shop up.

Meanwhile, Ravi is involved in a tussle with Pannalal, Milawat’s brother-in-law. Pannalal’s greed for dowry pushed him to disrupt his son’s wedding. Things take a violent turn when Ravi intervenes, and the ensuing fight is stopped by the panchayat. Ravi falls in love with Lalita, Milawat Ram’s daughter. Soon, with Laxmi’s help, the two of them secure Vijay Choudhury’s permission and get married.
Milawat’s wife, Bandharlekha, however, constantly humiliates Laxmi in public, calling her a barren woman. After Ravi and Lalita’s wedding, both Laxmi and Lalita become pregnant. They go into labour at the same time. Unfortunately, Lalita loses her child after a tough childbirth. Unable to break the news to her, Vijay urges Laxmi to give up her child for Lalita’s sake, in Ravi’s absence. Though she mentions the many times she was reminded of her failing to bear a child, she places her child in Lalita’s care. An unknowing Lalita seeks Laxmi’s help in raising the child, to console her about losing her child.

In the interim, Milawat Ram has hatched a plan to take control of his business by ransacking the goods of the government storage with Pannalal’s help. Pannalal is caught, and Milawat refuses any involvement to save face.

When the baby falls sick , Lalita moves to her mother’s house with the child to save Laxmi from her mother’s harsh comments about bringing bad luck. Vijay takes the initiative to unify the villagers’ fields. Milawat takes advantage of this move to plant seeds of doubt about Ravi’s future inheritance, now that there is no paperwork to distinguish the plots. An upset Vijay decides to go through with the separation of the property , even though Ravi insists that he did not wish for things to escalate to this point. On the other hand, Pannalal abducts the baby and threatens to kill him if Lalita does not hand their property to him. Vijay and Laxmi leave the village, giving up all they have for Ravi. When Ravi learns of his child’s abduction, he confronts and fights Pannalal and his men. The story draws to a close with the family comes together as Ravi and Lalita follow Vijay and Laxmi and hand the child over to his biological parents.