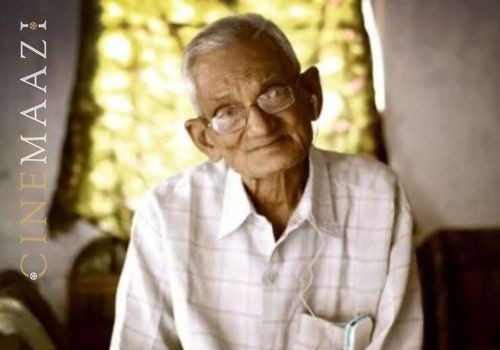 One of the most reputed cinematographers of his times, Baidyanath Basak worked in Hindi and Bengali cinema over a period of nearly seven decades. Once among illustrious names like Subrata Mitra, Ajay Kar and Bibhuti Laha, like many other cinematographers, he slowly faded into obscurity. Lovers of Indian cinema, however, would be familiar with his path-breaking work on iconic films like Boot Polish (1954), Chhadmabeshi (1971) (Bengali) and Deya Neya (1963) among many others.

Born around 1924, Baidyanath Basak started his journey in the world of cinema in 1947 as an assistant cinematographer. He made his debut in Hindi cinema with Raj Kapoor’s acclaimed Boot Polish. In an interview, Basak fondly remembered how attached the great actor-filmmaker was to him. When he could not find work to his liking in Bombay and was set to return to Calcutta, Raj Kapoor personally requested him to stay back in the city. Basak promised to return if Kapoor needed him for a future project, but his heart was set on returning to Calcutta by then.

Once in Calcutta, Basak had no difficulty finding work. He started working as an assistant to then cinematographer Bibhuti Laha. Soon, he also assisted Bibhuti Laha’s work as a filmmaker. A crucial part of Basak’s career in Calcutta was determined by the meteoric rise of another man, however—the superstar Uttam Kumar. From the 1950s to the 1970s, Basak was perhaps one of the most prolific cinematographers to have worked with the actor. They collaborated on films like Sabar Uparey (1955) (Bengali), Trijama (1956) (Bengali), Ekti Raat (1956) (Bengali), Putra Badhu (1956) (Bengali), Deya Neya (1963) (Bengali), Kakhono Megh (1968) (Bengali) and Chhadmabeshi. A man of many talents, he was also known to assist with any part of the filmmaking process he could, including the music. While working on Chhadmabeshi, the actress Madhabi Mukherjee met him for the first time, and she still remembers him as one of the greatest cinematographers she worked with at the time. Over the course of his career, Basak worked with numerous well-known actors including Soumitra Chatterjee, Ashok Kumar, Suchitra Sen, Moon Moon Sen, Tanuja and Tapas Pal.

Baidyanath Basak worked with reputed filmmakers like Agradoot—Lalu Bhulu (1959) (Bengali), Kakhono Megh, Khoka Babur Pratyabartan (1960) (Bengali), Trijama, Pathey Holo Deri (1957) (Bengali), Badsha (1963) (Bengali), Manjari Opera (1970) (Bengali), Sonar Khancha (1973) (Bengali) and Surya Sakshi (1981) (Bengali) among many more. He also had a long, fruitful partnership with the filmmaker Pinaki Chaudhuri, and together, they made films like Chena Achena (1983) (Bengali), Apan Ghare (1987) (Bengali) and Kakababu Here Gelen? (1995) (Bengali). They also worked together for the telefilms Hothath Bosonto and Atikram. Of these, the latter was so popular that it was broadcast on Doordarshan over a hundred times.

Basak was a man incredibly dedicated to his craft and often took great risks in order to get the perfect shot. As he said himself in an interview, camera technology had not progressed very far when he started working as a cinematographer, and lighting in films was a matter of great skill and accuracy. Renowned for his great skill, Basak also worked as a personal photographer to the King of Nepal for some time, only leaving after he was present at an assassination attempt made on the monarch. Despite being sought out for his talent, he did not enjoy the fruits of his labour. The filmmaker Asim Bose remembers him as a humble, soft-spoken man, not used to speaking of his needs. This meant that in a ruthless industry, Basak was often not remunerated for his work. Prabir Ray, who assisted Basak, remembers that at the peak of Basak’s career, while he was filming Khoka Babur Pratyabartan, the cinematographer was paid the monthly salary of a paltry Rs. 30. Due to these difficulties, he led a life of great struggle and was discovered walking under the hot sun for over two kilometers daily when he was over eighty years old. A number of celebrities in the Bengali film industry, appalled at the state he had been reduced to, came forward to help him at the time.

Baidyanath Basak passed away at the age of 96 on June 6, 2020. The last film he worked on, the Raj Banerjee-directed Parh, is slated to be released in August 2020. According to the director, Basak was so dedicated to his work that he showed up for shoots even when he could not stand behind the camera for long. His invaluable guidance, however, brought to life much of the director’s vision of the movie, even moulding Banerjee’s work in new ways. Accustomed to the older mores of cinema, Basak also introduced into the sets of Parh the practice of rigorous rehearsals to be held before the shooting. Up until his very passing, Basak remained active as a cinematographer and a mentor to aspiring filmmakers. His indelible contribution to the history of Indian, in particular, Bengali cinema, will be fondly remembered for decades to come.

Note: This profile was written with the support of Anirban Sadhu. Cinemaazi is grateful for his contribution.