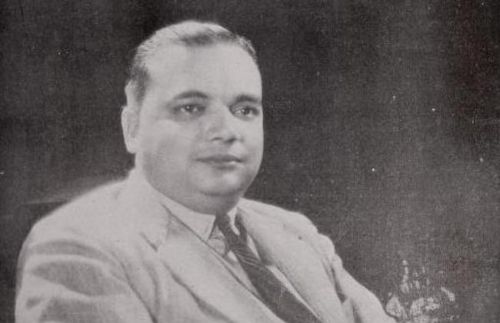 Aristocrat and visionary, Birendra Nath Sircar better known as B N Sircar, was the founder of the legendary New Theatres Ltd studio in Calcutta. It became a vital hub for filmmaking in the city in the 30s in terms of production as well as distribution, even operating theatres which helped the studio control its film productions. Under Sircar, New Theatres enjoyed its heyday between 1935 and 1945, producing several Bengali and Hindi language films which are known for both quality content as well as technical excellence. These include Devdas (1935), Dhoop Chhaon/ Bhagyachakra (1935), Vidyapati/ Bidyapati (1937), Mukti (1937), President/ Didi (1937), Street Singer/ Sathi (1938), Dushman/ Jiban Maran (1938), Zindagi (1940), Meri Bahen (1944) and Udayer Pathey (1944). Sircar had the vision to engage makers who went on to become famous, such as P.C. Barua, Premankur Atorthy, Debaki Bose, Dhiren Ganguly, Bimal Roy and Phani Majumdar. Known for being a perfectionist when it came to quality, he also ensured his directors could proceed minus interference and at the budget they needed. While he employed actors such as K L Saigal, Pahadi Sanyal, Amar Mullick, Kanan Devi, Chandrabati Devi, Lila Desai and Prithviraj Kapoor, he also engaged music composers and singers such as R C Boral, Timir Baran and Pankaj Mullick. More importantly, he also had on his payroll technicians like Mukul Bose, Yusuf Moolji, Nitin Bose and Subodh Mitra who were conversant with the technical trends in the west and could introduce similar innovations in New Theatres’ films, to the studio’s best possible capacity. New Theatres produced 150 films within its span of 24 years from 1931 to 1955; its phenomenal success in producing quality films largely credited to B N Sircar’s sheer enterprise, perception, and planning. B N Sircar was awarded the Dada Saheb Phalke Award in 1970 and the third highest civilian award in India, the Padma Bhushan, in 1972.

Born in Bhagalpur on 5 July, 1901, the son of the then Advocate-General of Bengal, Sir N. N. Sircar, he went on to study Civil Engineering at the University of London. Engaged to build a cinema hall in India after he returned—Chitra in 1930 followed by New Cinema which screened Hindi films—he developed an interest in films itself. He was inspired to form a film company to produce films, succeeding in raising money owing to his connections and thus building a modern film studio and laboratory. Involved in the making of two silent films, he learnt the ropes of the film industry and went on to found New Theatres Calcutta in 1931. The studio brought Tanar sound equipment and courted the services of William Deming, a Hollywood sound technician who had come to India at the behest of Ardeshir Irani. That very year itself, New Theatres released its first Bengali production, Dena Paona (1931), based on the novel by Sarat Chandra Chatterjee. The film, a ‘talkie’, was directed by Premankor Atorthy, and became a hit, thus laying the foundations for an illustrious future.

Finicky about quality, Sircar had the perceptiveness to engage the best of talent. Focusing solely on the production of films with no desire to direct or act, he ensured his directors had the freedom to pursue their vision. He managed to assemble an incredible ensemble of talent in his studio, mainly from smaller or failing studios – the likes of Nitin Bose, Premankur Atorthy, P C Barua, Durgadas Bannerjee, Jiban Ganguly and Dhiren Ganguly. Under his leadership the studio became famous for its superior adaptations of the works of Sarat Chandra Chatterjee and Rabindranath Tagore, as well as noted writers like Premendra Mitra, Kazi Nazrul Islam, Shailajananda Mukhopadhyay and Buddhadev Bose who worked as story-script-dialogue writers and lyricists in several New Theatres films. In 1931, Sircar even invited Tagore to direct a film version of his play, Natir Puja (1932), which was a dance-drama with Buddhist themes. While the screenplay was written by Dinendranath, Tagore’s nephew, Tagore played a key character, Upali.

Among the most famous films produced by New Theatres were the adaptations of Sarat Chandra Chatterjee’s novel Devdas. The Hindi and Bengali versions which released in 1935 were directed by P C Barua and shot by Bimal Roy—Roy also made his own version of the film in 1955. The Hindi version of the film starring K L Saigal became immensely popular. The Debaki Bose directed Hindi-Bengali bilingual Vidyapati/ Bidyapati (1937), which told the story of the pacifist court poet of Mithila who is invited to the royal court by the king, only to have the queen fall in love with him, also hit bullseye, with the songs sung by leading lady Kanan Devi winning much popularity. The films that followed were equally hailed for their screenplays and inventive technical features, including bilinguals such as Mukti (1937), which was one of the earliest Indian films to be largely shot outdoors, President/ Didi (1937), Street Singer/ Sathi (1938), Dushman/ Jiban Maran (1938), Zindagi (1940), Meri Bahen (1944) and Bimal Roy’s Udayer Pathey (1944). Bimal Roy also made his directorial debut with Udayer Pathey (1944), which proved to be an influential film.

If Dhoop Chhaon/ Bhagyachakra (1935) was the first to use playback singing, P C Barua’s Mukti (1937) was remarkable for its use of long tracking-shots, as well as being the first film to use a Tagore composition in its soundtrack—Diner sheshe ghumer deshe. The studio’s investments in technology led to several innovations in sound design, particularly in the work of Mukul Roy.

The fortunes of New Theatres went on the wane after 1947, with the studio losing its all-India presence and productions becoming limited to the Bengali industry, among other reasons. It did not have centres in south or west India which cost them dearly through exorbitant distribution charges. They were often reduced to selling film rights to other groups. The departure of Nitin Bose in 1941 also contributed to its decline.

B N Sircar passed away on 28 November, 1980. He remains memorable for his rich contribution to Indian cinema. 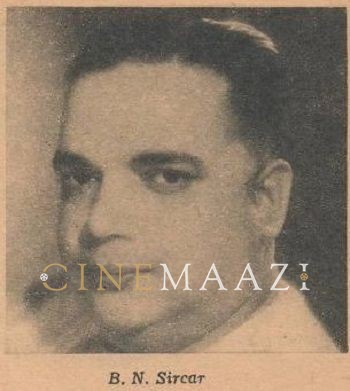