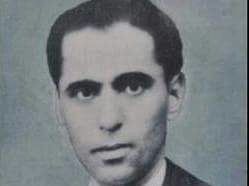 Born on 19 March, 1897, in Maharashtra’s Kolhapur, he came from a music-loving family. His father served as a musician at the court of the Rajesaheb of Miraj. With his interest in music ignited early, as a child, he learnt to play the harmonium from his father, and later became a disciple of Neelkanthbuva Jangam, a famous music teacher from Miraj. Dropping out of school after standard 5, he started singing and playing the harmonium at small functions, by the age of 12. As his popularity grew, he joined the Kirloskar Music Circle in 1914. After a couple of years of working with the drama company, he moved on to do excellent work as a partner in Master Dinanath Mangeshkar’s Balwant Sangeet Mandali, Vishwanath Sangeet Mandali etc. He worked on stage for 15 years. Post 1931, he taught as a music teacher in Satara for two to three years.

With sound entering cinema in 1931, he entered the film industry. He was hired as an organist at the Kolhapur Cinetone film production house. In 1935, he got his first opportunity as a music director in the film Kaliya Mardan directed by Bhalji Pendharkar. He went on to compose the music for the successful historical film of Prince Shivaji Productions - Swarajya Seemewar (1937). Scoring music for Master Vinayak’s Lagan Pahav Karun (1937), he used the Dhrupad-Dhamar style, which set a trend and was followed in film music for many years thereafter.

However, he was to make his name with Hans Pictures' very successful film Brahmachari (1938) directed by Master Vinayak. All the songs he composed for this film became popular, particularly Meenakshi Shirodkar’s song Yamuna jali khelu khel kanhaiyya, ka lajata, which became a rage at the time. The film tells the tale of an ordinary young man Audumbar (Vinayak), who is inspired by a lecture on bachelorhood and nationalism by Jatashankar (Javdekar). He renounces sexual desire, throws away his collection of film star posters, starts exercising his muscles, and joins the Self-Help Institute of the Acharya Chandiram (Malvankar). However, all his discipline comes to naught in the face of Kishori (Meenakshi).

Dada Chandekar went on to compose music for more than 40 Marathi as well as Hindi films such as Lapandav (1940), Ardhangi (1940), Moruchi Mavshi (1948), Brahma Ghotala (1949), Amrut (1941), and Sasar Maher (1954). His composition Natali chaitrachi navalai is another popular song rendered by Lata Mangeshkar in the film Pahili Mangalagaur (1942). The music he scored for the film Jaimalhar (1947) laid the foundation of Lavani—Maharashtra’s popular combination of traditional music and dance—in Marathi cinema. Thus, did he enjoy a long and successful career as a music director.

He also arranged music for plays like Kale Gore, Brahmachari, Ashi Rangali Ratra Paejechi, and Jeev Sarla Peel Urla, among others. An excellent harmonium player, he also conducted music for All India Radio Poona from 1964 to 1975.