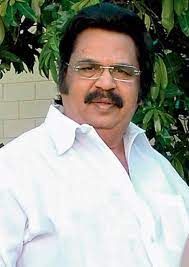 Known by the title Darsaka Ratna, which translates to Jewel Among Directors, Dasari Narayana Rao was one of the most prolific and popular filmmakers of Telugu cinema. Having directed more than 150 films in the course of his career spanning 45 years, he constantly experimented with original ideas and themes. He handled a variety of themes with ease, from simple stories and pot-boilers, to films of social relevance, and those with political content. He favoured subjects revolving around gender inequality, corruption and social injustice. Among his key films are Tandra Paparayudu (1986), and Surigaadu (1992) which were screened in the Panorama section at the International Film Festival of India, Kante Koothurne Kanu (1998) which won the National Film Award Special Mention Feature Film, Meghasandesam (1983) which was screened at the Indian panorama, Tashkent Film Festival, and Moscow film festival, and also won the National Film Award for Best Feature Film in Telugu, Swaargam Narakam (1975), Sivaranjani (1978), Gorintaku (1979), Sardar Paparaidu (1981), Premabhishekam (1981), Bobbili Puli (1982), Amma Rajinama (1991), and Osey Ramulamma (1997). He played a key role in catapulting the Telugu film industry to the national level. His fame spread pan-India as he went on to direct several Hindi dramas such as Swarag Narak (1978), Jyoti Bane Jwala (1980), Prem Tapasya (1983), Zakhmi Sher (1984),  Aaj Ka MLA Ram Avtar (1984) and Asha Jyoti (1984). He also worked for numerous other films as a dialogue writer, lyricist and actor. During his career he also acted in Telugu, Tamil, and Kannada languages. Amply honoured for his work, he was presented three National Film Awards, nine Nandi Awards, and four Filmfare Awards South as well as the award for Lifetime Achievement. He also etched his name in the Limca Book of World Records for directing the highest number of films – 151.

Born 4 May, 1942 in Palakol, West Godavari district, Andhra Pradesh, he began his career as a theatre artiste, and went on to work in films. Rao directed his first film in the early 1970s – Thatha Manavadu (1972). His works Bobbilipuli and Sardar Paparayudu played a major role in NTR’s entry into films. His film Meghasandesam, with legendary Telugu film actor Akkineni Nageswara Rao, won critical acclaim and won him many awards. He directed Osey Ramulamma which highlighted the darker side of landlords in the Telangana region. Rao’s Premabhishekam with Nageswara Rao was a runaway hit. Other key films he directed include Swargam Narakam, and Chillara Kottu Chitteemma (1977).

Along with stalwarts like NT Rama Rao, Akkineni Nageswara Rao and Rama Naidu, Rao played a major role in establishing the Telugu film industry on a strong footing in Hyderabad when it shifted from erstwhile Madras. He was also known for giving breaks to upcoming actors and film technicians in his films.

Rao also enjoyed a career in politics. He was elected to the Rajya Sabha in 2006. An active politician in the Congress party, he served as Union Minister of State for Coal in the UPA-I government. He launched a popular daily newspaper named Udayam.