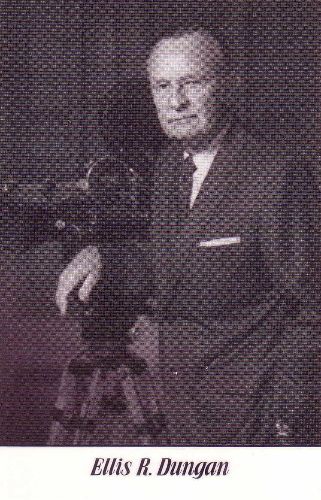 Ellis R Dungan, an American born film director, made Tamil films from 1936 to 1950. An alumnus of the University of Southern California, (USC)’s Cinema Department, he moved to India for a short visit in 1935 on the invite of a fellow USC mate, ML Tandon. Dungan ended up staying back for a decade and a half.

He informally assisted Tandon on the Tamil film Bhakta Nandanar (1935) before making his debut as a director with Sathi Leelavathi (1936), based on SS Vasan’s novel. The film is though largely remembered now for introducing the Tamil cinema legend M G Ramachandran to the film industry. It was though with Iru Sagodarargal (1936) that Dungan managed to make a mark for himself in Tamil cinema. The film was a remarkable shift from the usual mythological dramas to the social themes tackling a story about conflict of values of the joint family system.

Credited for introducing many new techniques to Indian cinema despite the technical limitations of that period, Dungan popularized modern make up, the mobile camera and cabaret dance numbers to Tamil Cinema and moving it away from the influence of stage plays. He helped develop a more sophisticated language of Tamil cinema through his filmmaking, utilizing fewer songs, making the script comprehensive and altering the usual drama photography style of filmmaking that was largely popular in Indian cinema at that point of time.

His film Ambikapathy (1937) was one of the earliest films dealings with historical fiction in Tamil cinema. Starring M K Thyagaraja Bhagavathar and M R Santana Lakshmi the music for the film was composed by Papanasam Sivan. The film ran for one year at Gaiety Theatre, Madras and became a benchmark for future films on love. He directed around fifteen films in Tamil in a decade long career in Indian cinema. Few of his other films include Seemanthini (1936), Surya Puthri (1941), Sakuntalai (1940), Kalamegam (1940), Daasi Penn (1943), Ponmudi (1950) and more.

Meera (1945) was India’s first musical classic film. Starring the highly acclaimed Carnatic singer M S Subbalakshmi in the lead role the film had songs like Kaatrinile varum geetham, Meera prabhu girdhari, and Shymala vannane which became cult-classics. Music composer S V Venkatraman introduced western type re-recording with 100 background music instrumenyts for the first time in the film. It was remade in Hindi in 1947 with the same title and M S Subbalakshami reprising her role. The premier of the Hindi version of the film was attended by the likes of Lord and Lady Mountbatten and Jawaharlal Nehru among others.

Dungan’s last Tamil film was the MGR box office smash hit Manthiri Kumari. The film was based on a popular stage play of the same name written by the prominent playwright and scriptwriter M Karunanidhi. He returned to the States after Manthiri Kumari was almost complete, due to personal problems, and the film was completed by T R Sundaram. Dungan, however, came back to India for the Indo-US co-production, The Jungle (1952), starring Rod Cameron, Marie Windsor and Caeser Romero, on which he was associate produce. The film was even dubbed into Tamil as Kaadu (1952). After this, he continued to revisit India occasionally as 2nd unit photographer for Harry Black (1958) and Tarzan Comes to India (1962) or directing documentaries with an Indian backdrop. He was given a hero’s welcome and felicitated by the Tamil film industry on his last visit to India in 1994.

During his film career in South India, Dungan directed the debut films of several popular Tamil film actors, including M.K. Radha, M.G. Ramachandran, T.S. Balaiah and N.S. Krishnan. Back in America, Dungan formed Ellis Dungan Productions and directed documentary shorts and industrial films for nearly two decades. His last film Josiah Fox: Architect of the First Us Navy (1987) was a tribute to his great, great grandfather a naval architect, who designed the very first war ships of the American Navy.

Dungan passed away in Wheeling, West Virginia in the United States on December 1, 2001. He had lived there since 1958 when he returned to America. He was also the subject of a documentary film, An American in Madras (2013).