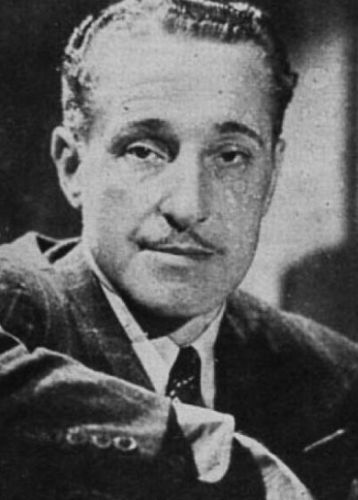 As the film industries in India were in their nascent stages, the filmmaking scene had become a melting pot of different cultures, with crisscrossing networks of migration and creative exchanges stretched across the world. It was during this time that many foreign nationals were either invited or migrated to India. Some came with valued technical know-how and equipment, while others fled the increasing political turmoil in Europe. One such person was the Italian actor-director Eugenio De Liguoro.

Born in Naples on 15 March, 1899, he was the son of pioneering actor-filmmaker Giuseppe De Liguoro. He started acting in his father’s films in the 1910s and later also worked in United States. In 1920, he was invited to India by Madan Theatres to helm the big budget Nala Damayanti, starring Patience Cooper in the lead role. Liguoro had some renown in Italy for his lavish films featuring Orientalist imagery. He also played the role of Pushkar in the film. He directed another successful mythological Dhruva Charitra (1921) for Madan Theatres, again starring Cooper. The film was also exhibited in a shorter version in Europe. His last film for Madan was Ramayan (1922). His sister-in-law Rina De Liguoro also acted in the film Savitri Satyavan (1923).

Post his sojourn in India, Liguoro continued his nomadic existence, working in London, America and then back in Italy. He and his wife Fortuna Demetrio later travelled to Chile and settled down. He made 10 films while he was in Chile. His last film was a Hollywood production Stop That Cab (1951). On June 30, 1952, he passed away in Los Angeles after suffering a cardiac arrest.