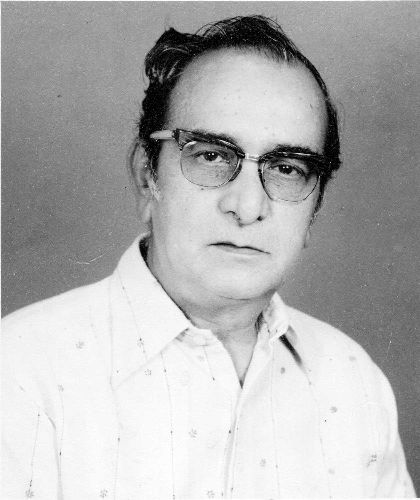 In the early 20th century, when filmmaking in India was still evolving, R.D. Mathur’s father wanted him to receive professional training in photography and become a cinematographer. Born in 1915, R.D. Mathur obtained his degree in Bachelors of Science from St. Stephen’s College, Delhi in 1934 and went to New York Institute of Photography to study. After finishing the course he worked in Hollywood for a few years gaining practical training in famous studios like MGM, Fox Studios and with some independent producers.
His journey as an independent cinematographer in Indian cinema started with the Bombay Talkies film Anjaan (1941). Mathur was quite famous for his chemistry with his actresses. A man with a keen eye for aesthetics, he always tried to find a way to shoot actresses to bring their best to the screen. Over his career, he worked with some of the best known actresses of Hindi cinema like Devika Rani, Suraiya, Meena Kumari, Madhubala, Vyjayanthimala, Hema Malini and Rekha.
R.D. Mathur’s camerawork showed impressive range with both big-budget, spectacular sets as well as small-scale productions. He also had a significant contribution in easing the transition from black and white to colour features, participating as a technician in masterpieces like Mughal-e-Azam (1960) and Pakeezah (1972). 15 years into the filming of Pakeezah (1972) the sudden death of its cinematographer (Josef Wirsching) prompted Kamal Amrohi to approach R.D. Mathur. Mathur painstakingly adjusted the colours for each shot during the printing to achieve a uniform look for the whole film. He was the cinematographer of grand films like Razia Sultan (1983) and K. Asif’s jinxed epic Love and God (1986) and also directed three features – Gajre (1948), Magroor (1950) and Aaghosh (1953).
His most seminal contribution, however, remains Mughal-e-Azam (1960). In K. Asif’s historical epic, Mathur created one of the most elaborate lighting set-ups, illuminating the whole set by bouncing light off reflectors. The famous Sheesh Mahal set was huge—35 ft high, 85 ft wide and 150 ft long—and it required an extraordinary amount of lighting. Mathur decided to use all the lights that were available at that time, even borrowing lights from other studios to shoot the famous song Pyar kiya to darna kya. He was the master of lighting, close-ups, camera effects and composition of shots. His technical finesse produced important landmarks of Hindi cinema and set an example for scores of future technicians.