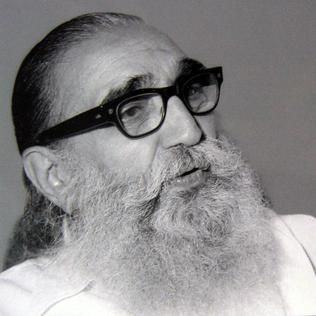 Rattihalli Nagendra Rao, or RN Rao, born on 23rd June 1896, was a renowned personality in the field of cinema. Besides being an actor, he not only took to film direction, but was also a screenwriter, producer, an occasional composer, and above all one of the founding fathers of the Kannada film industry.

Rao began his career as a theatre actor, performing in Kannada plays right from the young age of eight. As a child, Rao portrayed mythological female characters such as Sita, Chandramathi and Desdemona.

He soon switched to male roles, his work proving popular in the erstwhile Kingdom of Mysore and non-Kannada speaking Madras Presidency. In theatre, he worked with A V Varadacharya’s Ratnavali Drama Company and Chamundeshwari Company, in Mysore.

Like many of his peers, Rao, who was actively engaged in theatre and basking in the fame that it brought, saw the magic of movies wrest him into its fold.

With the beginning of the talkies’ era in India in 1931, Rao left for Bombay (now Mumbai) where he was cast by actor-director P K Raja Sandow in the Tamil language films Parijata Pushpaharanam (1932), Kovalan (1933) and Telugu film Ramadasu (1932).

Rao appeared in lead roles in the latter two. Following a stint in film, Rao returned to Bangalore and founded the Shri Sahitya Samrajya Nataka Mandali (Shri Sahitya Samrajya Drama Company) with another theatre stalwart Subbaiah Naidu, actor, and director, who would go on to influence Kannada cinema greatly.

In order to realize his dream of making a film written in Kannada, he approached Shah Chamanlal Doongaji, a Bangalore businessman, to finance it. With Doongaji choosing Yaragudipati Varada Rao to direct the first Kannada talkie, Sati Sulochana, Rao had to contend with the role of Ravana in the film, besides scoring the music. His first film as a director came in 1943 with Satya Harishchandra, which he incidentally also produced and acted in.

Rao’s play Bhukailasa was thrice made into films; in 1938 and 1940 by Sundar Rao Nadkarni, and in 1958 by K Shankar. It was in this play that the legend of Kannada cinema - Rajkumar, who went on to become one of Karnataka’s cultural icons, made his breakthrough as a theatre actor, playing the role of Narada.

In 1951, Rao formed his own film production company, RNR Pictures. The 1957 film Premada Putri was produced under this banner and Rao directed it, also playing a supporting role in the film. At the 5th National Film Awards, the film was awarded the Best Feature Film in Kannada.
The production company existed until 1964. Following this, he appeared in the roles of a father in films such as Shri Kannika Parameshwari Kathe (1966) and Karulina Kare (1970). For his role in his 1968 film Hannele Chiguridaga, which also had Rajkumar, he won the Karnataka State Film Award for Best Actor.

In recognition of his immense contribution to cinema, he was awarded the Padma Shri by the Government of India in 1976. Rao had four children, three of whom were involved in the film industry. His second son, R N Krishna Prasad, was a cinematographer, his third son, R N Jayagopal, was a screenwriter and lyricist while his youngest, R N Sudarshan turned into another actor of eminence. Rao’s last appearance came in the 1974 film Professor Huchuraya.