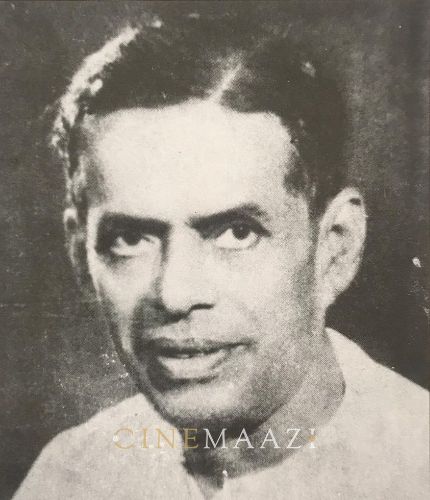 Pioneering filmmaker Ramchandra Gopal Torney, known popularly as Dadasaheb Torney, was not only a director and producer but also first a distributor and audiographer. Perhaps his greatest accomplishment is his making of the first story-film in India, the 22 minute-long Shree Pundalik (1912), a fact that is corroborated by several leading reference books on cinema such as The Guinness Book of Movie Facts & Feats, A Pictorial History of Indian Cinema and Marathi Cinema: In Retrospect. However, as his film was processed overseas, it is Dhundiraj Govind ‘Dadasaheb’ Phalke who is credited with making India’s first feature – the indigenously made 40 minute-long Raja Harishchandra (1913). It is well documented that he technically helped in all aspects of the making of Indian cinema’s first talkie Alam Ara (1931). Between 1912 and 1942 he produced, directed, audiographed and edited approximately 20 films. He also produced Aut Ghatakecha Raja (1933), which presented the first ever double role in an Indian film. He also directed films such as Neera (1926), Sinbad Khalashi (1930) and Bhakta Prahlad (1934). Well-versed with global trends in cinema, he played a key role at a time when the era of silent movies was ending and studios were on the cusp of talkies.

Born on 13 April, 1890 in Malwan village along Maharashtra’s western coast, he lost his father at a young age. Asked to leave the house by his uncle, his mother and he were forced to live in poverty.  Dropping out of school at around age 11, he headed to Bombay, to find employment at the Greaves Cotton Electrical Company. Here he picked up the basics in electrical installation and instrument repair.

His interest in theatre saw him connect with the Shripad theatre company, whose productions had left him impressed. He was also stirred by the new foreign films which were released in Bombay. As a young man of around 22, he was fired by the idea of making his own movie. With the help of another friend and financier, Mr. Chitre, he succeeded in importing raw film and a movie camera from abroad. Thus did he shoot the first Indian feature film Shree Pundalik, which released on 18 May, 1912 in Bombay’s Coronation movie theatre. The film ran in the same movie theatre for around two weeks. An advertisement for the film, published in The Times of India at the time, encouraged readers to watch the film, with the line, “Half of the Mumbai population has seen it, the remaining half should also see it”. Shree Pundalik had released nearly a full year before Dadasaheb Phalke’s path-breaking Raja Harischandra, which was screened in the same theatre on 3 May, 1913.

Pundalik was, in fact, a play that was shot in film mode. With the heavy camera fixed on one platform, it could record only one angle, minus close-ups etc. After watching the recorded film, Torney was not satisfied with the product and effect, and decided to record it in parts and then join the film together. Thus did he also edit the film, besides handling cinematography, special effects and sound recording; techniques which are now commonly used in contemporary filmmaking.

Still working with Greaves Cotton at the time, he was transferred by the company to Karachi. Films remained a passion, and he simultaneously started a film distribution company to import and screen American films in Karachi. In the course of his work, he met a dynamic young man Baburao Pai, whom he recruited for his film concern. The turning point for him, so to speak, came when he watched Phalke’s Lanka Dahan (1917) and Shri Krishna Janma (1918). Stirred deeply by these films, he decided that he would devote himself completely to film, and pursue it actively. Quitting his job, he moved back to Bombay. Using his network of contacts, he opened an agency to sell American projectors. This he did in order to earn a livelihood, even as he scouted around for production opportunities.

Impressed by the work being done by Baburao Painter, he joined the Maharashtra Film Company, where he moved about freely from department to department, learning all he could. Yearning to spread his wings, he moved out of the studio by 1922, to go solo again. This time, he began importing film equipment under the name of Movie Camera Company. With Baburao Pai handling the working of the business, he teamed up with director Manilal Joshi to produce Prithvi Vallabh (1924). The film met with a lukewarm response, leading Torney to return to the business of film distribution. He also took up the position of General Manager of the Royal Art Studio. In the year 1928, he started Famous Pictures, a distribution concern, which was to last through the following couple of decades. It also distributed the films of the Aryan Film Company and the Prabhat Film Company.

As the company was secured, with Baburao Pai taking care of its interests, Torney concentrated on other interests. Having met producer Ardeshir Irani while working in the Royal Art Studio, he convinced the latter to develop his own production facilities. He helped Irani in the process, and also took over as General Manager of the newly formed company, Imperial. Again, he advised Irani to make a talkie. Having acquired the necessary machinery required for the production, the technicians at Imperial were taught how to use it. Work on Alam Ara was kept secret and the film created history when it released on 14 March, 1931, at the Majestic cinema theatre, going down as India's first talkie.

At Imperial, Torney also directed a few films for the company such as Sinbad The Sailor (1930) and Dilawar (1931). More importantly, with his finger on the pulse of global filmmaking trends and with his contacts in America, he had imported the Audio Camex recording machinery. After the overwhelming response to Alam Ara, he was soon to supply the machinery to other eager studios. Offering it to the Sagar Film Company, he also helped other studios such as the Ranjit Film Company and the Prabhat Film Company to make their early talkies.

He went on to establish the banner of the Saraswati Film Company, in collaboration with Dorabsha Callah and Baburao Pai, setting himself up as a producer on 31 December, 1931. His first production was Shyam Sunder (1932), written and directed by Bhalji Pendharkar. Pendharkar had earlier written his film Prithvi Vallabh, and would develop into a prominent director in the early talkies era. Introducing Shahu Modak and Shanta Apte, the film Shyam Sunder also saw technicians such as sound recordist Chintamanrao Modak and music director Baapurao Ketkar begin their careers. The company's second film, Aout Ghatakecha Raja (1933) introduced stunt star Master Vithal. It had the first double role in the history of Indian cinema. The third film, Bhakta Prahlad famously had a large amount of trick photography. His mastery of the lens created several optical effects which were appreciated by Indian as well as foreign technicians.

Torney empowered many filmmakers to make their mark and prosper, sometimes at the cost of his own wellbeing. He also helped introduce many talented artists such as Mehboob Khan, Kardar, Bhalaji Pendharkar, Vishram Bedekar, R S Chowdhary, C Ramchandra, Jayashree, Ratnamala, and the Alam Ara heroine Zubeida.

In the year 1947, when Torney was out of town on work, a colleague and friend of his stole all the movie cameras and other expensive equipment, fleeing with it to Pakistan. A devastated Torney suffered his first heart attack. The premises of Saraswati Cinetone were eventually sold to Chakan Oil Mill. Today, the Kumar Pacific Mall stands in the same place.

Retiring from the fast-changing industry, Ramchandra Gopal Torney passed away on 19 January, 1960 in his sleep. In 2013, family members of the veteran filmmaker demanded that the government acknowledge his contribution to the Indian film industry, and recognise him as a pioneer of Indian cinema, which he rightfully is. Famous writer Shashikant Kinikar has written a biography detailing the many accomplishments in his life and work, titled Dadasaheb Torney - Life and Work of India's First Feature Filmmaker. 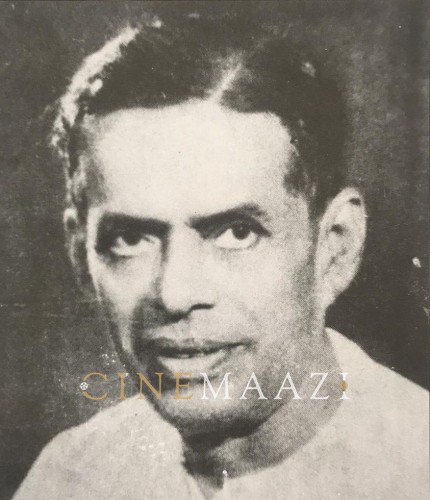