A filmmaker known to nurture talents and encourage his actors to push their boundaries, he has provided breaks to Sunny Deol, Amrita Singh and Annu Kapoor in Betaab, Paresh Rawal in Arjun, Kajol in Bekhudi (1992), and Kumar Gaurav and Vijeta Pandit in Love Story (1981) and Aishwarya Rai in her first Hindi film with Aur Pyaar Ho Gaya (1997). He ventured into the new foray of teleseries in 1988 with Dharam Yuddh and Honi Anhoni (2006-2007). He also worked as an Assistant Director with Raj Kapoor at the R.K. Studios, assisting him on Mera Naam Joker (1970) and Bobby (1973). He also assisted Randhir Kapoor on Kal Aaj Aur Kal (1971) and Dharam Karam (1975). He also produced some films, and was actively involved, along with his friends, Rishi Kapoor and Naresh Malhotra (of Prime Focus) in setting-up the first Digital Audio Studio in Mumbai.

Rahul Rawail is a much sought after speaker, who conducts Masterclasses and Workshops, on various aspects of film making, all over India and at The International Film Festival of India and various other Film Festivals held in different cities of India. He is also an advisor in the Indian Film Institute, New Delhi.

He was a member of the Jury for selection of Indian Film at the Oscar Awards and in 2020 is heading the Jury for the same.

He represented Ministry of Information & Broadcasting, Government of India (I&B Ministry) at the Berlinale (Berlin Film Festival) and Cannes Film Festival in 2019.

In 2019, he was appointed by the I&B Ministry as a member of an Expert Committee to review the working and amalgamation of NFDC, Films Division, Directorate of Film Festivals, National Film Archive and Children’s Film Society of India. The report has been accepted and being implemented. 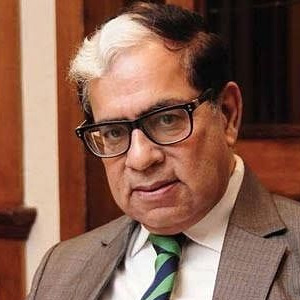 A former Judge of the Supreme Court of India, Justice Sikri started his career as an Advocate in July, 1977 with Bar Council of Delhi and started practicing in Delhi. He was designated as Senior Advocate by Delhi High Court on 30th September, 1997. Justice Sikri was appointed as Judge of High Court of Delhi w.e.f. 7th July, 1999. As a Judge, dealt with all kinds of jurisdictions and given many landmark judgments. Has attended/ chaired various national and international seminars and workshops and presented number of papers therein. Many articles are published in various magazines. He was chosen as one of the 50 most influential persons in Intellectual Property in the world in the survey conducted by Managing Intellectual Property Association for the year 2007. He became the Acting Chief Justice of Delhi High Court w.e.f. 10th October, 2011 and was elevated as the Chief Justice of Punjab and Haryana High Court w.e.f. 23.9.2012.Justice Sikri was elevated to the Supreme Court of India on 12th April, 2013 and retired in March, 2019.He has been conferred Doctorate of Laws, Honoris Causa, by Dr. Ram Manohar Lohiya National Law University, Lucknow, in November 2013. 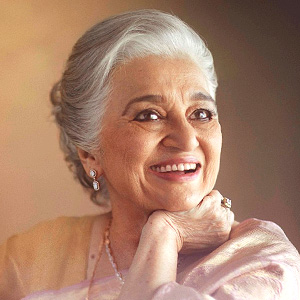 Asha Parekh, the graceful star, is one of the most successful actresses of the Golden Era of Hindi cinema. She started out as a child artist in Bimal Roy’s Maa (1952), before taking a hiatus from acting to complete her high school education. Her first film, Dil Deke Dekho (1959) was a raging success which established her in the film scene of the time as a leading actress. With innumerable hits such as Shikar (1968), Aya Sawan Jhoom Ke (1969), Aan Milo Sajna (1970), Kati Patang (1971), Mera Gaon Mera Desh (1971), Samadhi (1972), Main Tulsi Tere Aangan Ki (1978), and Bulundi (1981) under her belt, she was the highest-paid actress of her time. Often referred as The Jubilee Girl of 60s, Parekh displayed great versatility with the choice of roles – ranging from playing the glamour girl to tragedienne and dramatic characters in her career.

In the early 1990s, she put on the directorial hat with the Gujarati teleseries Jyoti. Her foray into television was equally successful. Parekh established the production house Akruti that is credited with serials such as Palash Ke Phool, Baaje Payal, Kora Kagaz and Dal Mein Kaala.

Parekh acted as the Chairperson for Cine Artistes’ Association from 1994 to 2000. Parekh also made history as the first female Chairperson of the Central Board of Film Certification of India, from 1998 to 2001. She was appointed as the treasurer for Cine and TV Artists Association (CINTAA) and later as one of its office-bearers.

Asha Parekh had received her first Filmfare Award for Best Actress for her performance in Kati Patang (1972). She was later awarded the Lifetime Achievement Award by Filmfare in 2002, and by the International Indian Film Academy (IIFA) in 2006. Federation of Indian Chambers of Commerce and Industry (FICCI) bestowed her with the honours of the Living Legend Award. Parekh was also awarded the Padma Shri by the government of India for her contribution to arts and cinema in 1992.

In 2017, she published her memoir The Hit Girl, which was co-authored by Khalid Mohamed. She also founded the dance academy Kara Bhavan, which is training some of the finest future dance practitioners. Parekh is also associated with several charity engagements, and an acknowledgment for her contribution resulted in a hospital to be named after her in Santa Cruz. 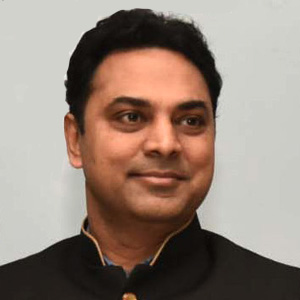 Currently the Chief Economic Advisor to the Government of India, Dr. Subramanian, who is fondly known as Subbu among colleagues and friends, is a leading expert on economic policy, banking and corporate governance. A PhD from Chicago-Booth and a top-ranking IIT-IIM alumnus, he authored the path-breaking Economic Survey that commends “Ethical Wealth Creation” for a prosperous India. By integrating India’s rich economic and spiritual heritage with modern economic ideas, he advocates ethical wealth creation through a marriage of the invisible hand of the market with the hand of trust. The 2019 Economic Survey – again authored by Dr. Subramanian – laid out the Strategic Blueprint for India to become a $5 trillion economy by generating a virtuous cycle where private investment, wage and employment growth as well as consumption feed into each other. His push for the behavioural economics of Nudge has been acknowledged for its potential to bring behavioural change in India. The slew of reforms implemented in the Covid economic package draw on key reform ideas advocated by him in the Economic Surveys of 2019 and 2020.

Dr. Subramanian is on leave from prestigious Indian School of Business, a top business school in India and the only Indian institution to be ranked in the world’s top 100 for path-breaking research, where he is a Professor of Finance.

An ardent fan of Indian vintage cinema, Dr. Subramanian’s passion for cinema can be seen in some memorable quotes and analogies used in his presentation of the Economic Surveys. As most of the children of 80’s he too developed a craze for cricket and cinema, which declined to die out even during the days of academic rigour. 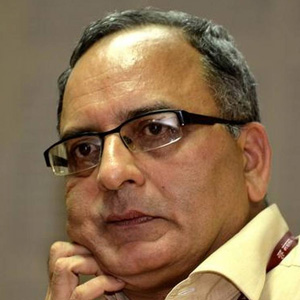 An Indian Administrative Service officer of 1979 batch of the Madhya Pradesh cadre, Bimal Julka was Secretary in the Ministry of Information and Broadcasting, Government of India from the years 2013 to 2015.

Bimal Julka is an experienced Civil Servant for 41 years with a demonstrated history of leading impactful projects across Ministry of Defence, Civil Aviation, Information & Broadcasting, External Affairs, Finance, Commerce and Public Relations in Govt. of India. Skilled in Strategic Planning, Business Development, Business Strategy, Strategy, and Service Delivery Management. He is a strong legal professional with a MA - Master of Arts focused in Psychology from University of Delhi.

Post his retirement, he held the prestigious position of Chief Information Commissioner, Government of India, until September 2020.

Presently, he is the Chairman of The Federation of Indian Fantasy Sports (FIFS), India's first and only self-regulatory industry body for fantasy sports. 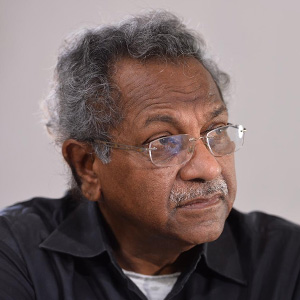 Shaji N Karun, is a celebrated cinematographer turn director, who has molded the art cinema movement in India with his passion and hard work. He was born on 1 January 1952, in Kollam, Travancore, Kerala. He graduated from Film & Television Institute of India's cinematography diploma. Known for his ethereal visuals that capture the light gracefully on-screen, he lends a sensitive treatment to his films and characters. Shaji's debut feature film Piravi (1989) received the Camera d'Or in Cannes Film Festival. Later, Swaham (1994) and Vanaprastham (1999) were also presented. Swaham was also nominated for Palme d'Or- a feat no other Indian filmmaker has achieved since. A regular name in film festivals, his films Nishad(2002), Kutty Srank (2010), Swapaanam (2014) has all been screened in different International film festivals. He received the National Award for Cinematography for Thampu (1979). In 1998, Shaji presided as the first Chairman of Kerala State Chalachitra Academy. He has been a jury member of National Film Festival of India (1988 and 1990) as well as in several international film festivals. In 2011, he was bestowed with Padma Shri by the Indian Government. Shaji continues to support and contribute to the Parallel cinema movement while inspiring and guiding a new generation of filmmakers. He is currently the chairman of Kerala State Film Development Corporation.

Jahnu Barua, the eminent filmmaker, is credited with introducing Assamese cinema to a global audience. He developed an interest in cinema during his graduation when he came across Satyajit Ray and Vittoria de Sica's films. Pursuing this newfound interest, he graduated from the direction course in Film and Television Institute of India, Poona. With fine attention to detail, Barua dives deep into the emotional psyche of his characters. Aparoopa (1982), established his directorial calibre after winning the National Award for Feature Film in Assamese. His 1987 film Halodiya Choraye Baodhan Khaye was awarded Silver Leopard in Locarno International Film Festival apart from another National Award. Papori (1986), Firingoti (1991), Hkhagoroloi Bohu Door (1994), and Baandhon (2012) were also awarded graciously in Indian and internationally. His work depicted the sociopolitical realities of the state by bringing in the perspective of the common man and the effect it has on them. Barua continues to represent and bridge the gap between regional and mainstream cinema with Baandhon getting a nationwide release. He forayed into television with Ek Kahani (1986)) and Adhikar (1988). He has been bestowed with the Padma Shri in 2003 and Padma Bhushan in 2015.