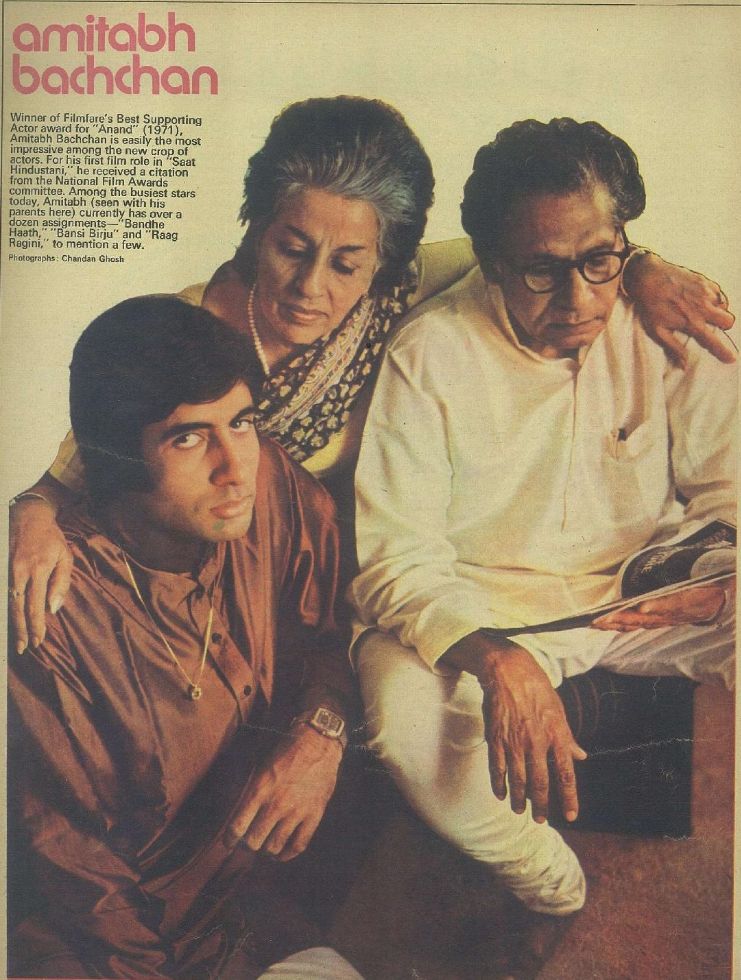 Every family has its problems. We have had ours too. The recent political attack, of course, was the worst storm! But not once in all these months, has either my mother, or my father asked me for an explanation, a clarification. And yet I've known that they have been worried. There were phases when my parents looked anxious, and there were phases when they looked distressed. But the trauma was within the confines of the home, the stress was within the house boundaries. When the pressure became too much, they've expressed it to us. And we have tried what we could, to lessen their anxiety and pain. It was much later, when one casual morning, I was in the garden, having tea with my father. He, reading his newspaper, and me, reading mine, when he very briefly, very politely asked me, "Bete koi galat kaam to nahin kiya hai na?" His this one sentence was enough to torment me. Until then, I had taken the backlash in my stride, said nothing... kept quiet. But suddenly I was not sure if what I was doing was right. If my own father, after reading all that comes out in print, can get confused, the damage had to be serious! Also, if today it is my father, tomorrow, my son can ask the same question. To make matters worse, 'The Times of India', around this time, in celebration of their 150 years, published a book, carrying the front pages of the newspaper over these years. And in it, were these flaring attacks on 'Bofors', on us. All for posterity! I was then that I decided that enough was enough, I decided that I had to clear my name, stand up for my self-protection. Not so much for myself, but for the sake of my loved ones. My parents... My kids.

Both my children are reaching that age when they're beginning to understand things. There are moments now, when they question me about what's appearing in the press, and I answer them to the best of my ability. We've never imposed our ideals on them. But by the grace of God, they are growing up fine. They are warm, sensible, normal children, and have, so far, at least not given us any opportunity to complain. As parents, Jaya and I have always encouraged them to come and speak to us about whatever they feel, frankly. And most of the time, they have. If there have been moments when I've found them upset, I've called them across and had a chat with them, and it's been all very fair, very open. Without barriers. But then, who knows, they might be still wanting to keep something from me. Though, I don't think so. At least it hasn't happen so far. Maybe in future. Maybe not. One can't really say. These are delicate matters.

Children, sometimes, have this tendency of hiding things from parents. I did so too. But somewhere, a certain law has to be set. Our parents instilled the ground rules. When we were young, out of childishness, we often took liberties, but they overlooked out this misbehaviour. I hope, I too, will have the graciousness to overlook their mischief, and provide my kids with the same leeway. For ultimately kids pick up only from examples. I was lucky that when my kids were growing up, I neither smoked nor drank. I didn't drink until I started working. Smoking, yes, but it was that one odd cigarette, that too more for the thrill of it. My father always said, "Smoke, drink, dance, go to the races, but with your own money." And I remembered that. Until I started earning my own money I did neither. And when I did, I informed them about it. They knew exactly when I started drinking, or started smoking... In all these years, I've never smoked in front of them. Nowadays, I do, sometimes, but that too only in the presence of my mother. Because I'm more casual, more relaxed with her. Also, I'm extremely careful, for I'd never want to disrespect her. And I hope that when my kids grow up and do the same, they show the same consideration towards me. With my father, the question does not arise. I'd never dare.

It's amazing but whenever I'm faced with a situation involving some problem with my children and if it is something I cannot resolve, I go back in memory, and think of how my parents had handled us when we went to them in similar situation, an suddenly life seems easier because I have a solution. Of course, circumstances change, surroundings change, even people and attitude change but the basics remain the same. Or at least, that's what one likes to believe. There are occasions when sitting here in Bombay, I talk to my kids abroad, and if from their voices, I sense they are unwell, unhappy, I get worked up, tense. Just in the way my parents must have worried when they spoke to Bunty and me in Calcutta, and found us feeling low or feverish. They always got worked up if either of us was unwell. Particularly my father. My mother was stronger, because she was the one who was physically handling things, like organizing for a doctor, or sending the servant for medicines. My father, on the other hand, merely worried himself sick. Even during my accident, my father it seems, went into a complete shell. He didn't want to come to the hospital, he didn't want to talk to anybody. Throughout my illness, Jaya tells me, he didn't speak anything, didn't ask any questions. In fact he just clammed up! The kids could have become withdrawn too, but we took precautions that they didn't. We brought them along deliberately to the hospital, made them face the misfortune! And I'm glad, we did, for isolating them would have confused them further.

Jaya feels that the time I give to the kids is qualitatively better than the time she spends with them. I feel it is pure arithmetic. She has them at her back and call, and can spend as much time as she wants with them, because she is at home. But since I have only two hours, I want to give them everything in those two hours. My intensity of the time spent with them is stronger. That's all. I was once asked if having Amitabh Bachchan as a father was disadvantageous? This is something only my kids can answer. I don't think so, personally. For, there are problems that my children will have to face, and there are problems, that the children of my neighbours will have to face. The problems vary from home to home, from parent to parent, depending on what vacation they follow. And that's only fair, for eventually, life has to offer an equal balance of the good and the bad.

This article was originally published in the Junior G supplementary titled A Man: Amitabh Bachchan. The images were not part of the original document.
745 views