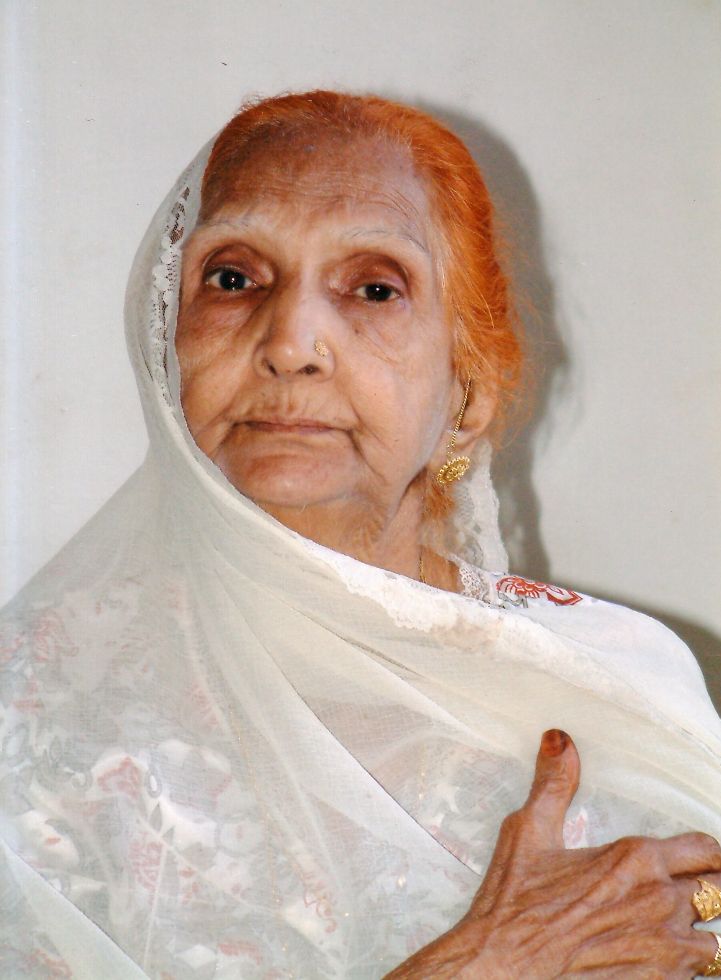 Of the many stars of the cine world, there are some that rise up on the horizon for a very limited time, but their luminance wins over everyone’s heart and then for reasons unknown that bright star breaks and falls away into the abyss of the unknown…and then buried underneath the sands of time, one day, the sparks of memories of that bright star dwindles away as well, just like that. Yesteryears singer-actress Zarina alias Kalyani Bai was one such whose name was so well-known during the ’30s and 40’s that every major film company from Kolkata to Lahore and Mumbai were eager for her to work with them. The same Kalyani Bai who forayed into films through the famous company New Theatres spent her last years immersed in grave economic depravity in Mumbai’s Mahim and then in Jogeshwari (West).


Since her nickname was Kallo, R.C. Boral gave Zarina a new name and henceforth she came to be known as ‘Kalyani Bai’

Hailing from Turkman Gate in Delhi, Kalyani Bai was passionate about singing from a very young age and subsequently started her formal training with Ustad Wazir Khan and in no time started singing for All India Radio and HMV. That era saw an influx of records made from the many Ghazals, Khyaal & Thumris that she had sung. When I spoke to her at her house situated in Tekriwala bungalow on Dargah lane in Mahim (West), a few years back, Kalyani Bai said that with the advent of talkie films the demand for well enunciated and melodious singers suddenly went up as till then playback hadn’t been the trend and actors would themselves have to sing the songs live in front of the camera. In midst of this, one day, two brothers from Punjab saw her in a recording and came over to her house. They wanted to make a film with Kalyani. They agreed to all the conditions that Kalyani’s Abba put forth and hence Abba-Ammi along with their 15 children went on to Kolkata. This was during the mid-’30s. Kalyani Bai was approximately 13 years old at that time. This film Pardesi, according to Kalyani, was completed halfway when a spat took place between the two brothers and the film had to be shut down. As soon as B.N. Sircar, the owner of New Theatres and R.C. Boral,  the music director came to know of this, they called Kalyani and immediately employed her in their company at a salary of Rupees 250 a month. Since her nickname was Kallo, R.C. Boral gave Zarina a new name and henceforth she came to be known as ‘Kalyani Bai’

Kalyani was featured in all the four films released by New Theatres in 1937 viz Anath Ashram (1937), Mukti (1937),President (1937)  and Bidyapati (1937), here she not only acted alongside heavyweights like Prithviraj Kapoor, Trilok Kapoor, Umasashi, Jagdish Sethi, P.C. Barua, Kanan Devi, Pankaj Mullick, K L Saigal, Leela Desai, Pahadi Sanyal, K C Dey, and K.N. Singh, she also sang some songs for her characters in those films. Out of these songs, Payal baaje chhanan sakhi of the movie Anath Ashram written by Kedar Sharma and composed by R.C. Boral had gained much popularity in that era. Similarly, songs Hum bekason ko poochhne waala koi nahin (Kalyani / lyrics: Asgar Hussain Shore and a duet Dukh bhare dukh waale, sharabi soch na kar matwaale (Kalyani & Pankaj Mullick / lyrics : Prem) both composed by Pankaj Mullick for film Mukti gained much fame as well. According to Kalyani, playback was in its initial phase and had just been introduced in 1935 by New Theatres in their film Dhoop Chhaon(1935). And in practice, it wasn’t the singer’s name (who had actually sung the song) that appeared on the music records but the name of the character of the movie on whom the song was filmed and since this practice continued for another one and a half-decade, it is virtually impossible to verify the songs sung by almost all the artists of that era including Kalyani.

Mumbai based Sardar Chandulal Shah, owner of Ranjit Movietone, was so impressed by Kalyani’s singing and acting skills that as soon as her contract with New Theatres was over, he called Kalyani to Mumbai and employed her at Rupees 800 per month. In 1937, Toofani Toli was Kalyani’s first movie to be screened under the banner of Ranjit Movietone. The film was directed by Jayant Desai and Gyan Dutt was its music composer. Kalyani sang three songs for this movie of which one was Koi aakar ye samjhaaye, a solo written by Pyarelal Santoshi and another was Chhatiyan dhadke ankhiyan phadke, a duet written by Arzoo Lakhnavi and sung by Kalyani and Kantilal. Also, an ensemble song, written by Pyarelal Santoshi, Rani rani rani aao sunaoon mann ki nagri ki tumko ek kahani was sung by Kantilal, Kalyani and E.Billimoria.

In 1938 Ranjit Movietone made a total of 8 films under its banner of which Kalyani sang and acted in 4 viz. Billi, Gorakh Aya, Prithvi Putra and Secretary. Gyan Dutt was the composer and Pyarelal Santoshi was the lyricist for all of these films. The songs were, Paa li maine pa li gaadi poun poun waali (Billi / Kalyani, Kantilal), Wo din gaye hamare, mai thi chhail chhabili radha (Gorakh Aya /  Kalyani, Rajkumari), Narayan ko bhool na ja re (Prithvi Putra / Kalyani ) and Kahan chhupa hai chitchor & Kaun raah tu jaaye musafir (Secretary / Kalyani ). In the year 1939 of the 4 films that were screened under this banner, in Nadi Kinare Kalyani acted as well as sang a duet Wo dil hi nahi jisme na ho chah kisi ki with Kantilal. In the year 1940, Kalyani merely acted in Aaj Ka Hindustan after which she parted ways from Ranjit Movietone.  Her song Mera rabb we dilaan to nede from director D.N. Madhok’s Punjabi film Mirza Sahiban from the year 1939 also gained lots of popularity.

Mumbai based Sardar Chandulal Shah, owner of Ranjit Movietone, was so impressed by Kalyani’s singing and acting skills that as soon as her contract with New Theatres was over, he called Kalyani to Mumbai and employed her at Rupees 800 per month.

After her marriage in the year 1948, Kalyani left aside the ostentatious world of glamour and completely immersed herself in her domesticated life. After a number of decades she was once again seen in movies like Aa Jaa Sanam (1975), Prem Kahani (1975), Aakhiri Sajda (1977) and Salaam-e-Mohabbat (1983) where she played a number of small character roles but her comeback films couldn’t bring back the magic that once was and she bid her final farewell to the big screen and spent the rest of her days quietly with her son, daughter-in-law and grandchildren. Her husband had passed away very early on and her son, working as a spot boy in films, barely managed to keep the household running. Although she had some relief in the form of pension of Rupees 750 per month through the Gandhi Welfare Trust set up by Richard Attenborough, Kalyani could never rise above the financial difficulties of livelihood till the very end. In spite of all the pains and troubles that she faced, she never uttered a single word of complain. And it was this decorous and dignified nature of hers that even superstars like Dev Anand and Sunil Dutt always showered her with the utmost respect. And then on 1st October 2009 at the age of 87, this remarkable artist of her era took her final journey.