Box-Office and Its Characteristics 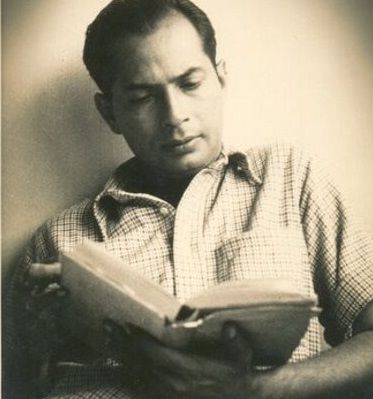 The general standard of Hindi films is deplorably low. The majority of films produced today are without any form, without any content, made by "adventurers"-with hardly any stake in the industry-who conveniently pass off as film producers.

There are conscientious filmmakers who strive to make good films, bearing in mind the dual purpose of entertainment and education. But they are a handful whose efforts go unnoticed. On the other hand, the "adventurers"-and they are legion-make quickies and reap the harvest at the box-office.

This only goes to show that there is something wrong with the vast majority of our cinemagoers who expect light entertainment and nothing more. In catering to their taste, the quality of a film is sacrificed at the altar of box-office. Thus the cinemagoer determines the quality of our films. He expects songs and dances, a lot of romancing, a touch of drama, some crime-all those ingredients which dominate our films. And who would deny him this? After all, isn't he the one who pays for it?

There is another problem which faces the maker of Hindi films. He has to cater to different regional tastes. From the Punjab to Madras, there are audiences who have strong likes and dislikes and to cater to these audiences with diverse tastes is no mean task. Somewhere the film-maker has to strike a balance and in doing this the quality suffers.

Another hurdle in the way of film-makers is the distributor who, in the majority of cases, dictates terms-more song and dance situations, whether the story demands them or not. Personally, I have never been dictated to by my distributors, but I have tried on my own to include a song or a dance in my films so as to cover the risk of the distributor who advances such a lot of money.

To my mind the deterioration in public taste is due to the effects of the Second World War and also the pace of post-Independence industrialisation. Soon after the War it was evident that cinemagoers were not prepared to sit through films with serious subjects, probably because of the uncertainty of life, social instability and a sense of bewilderment. The fast pace of industrialisation also had its impact on the already bewildered man-in-the-street who wanted to escape from the reality of life. He didn't want to see his own problems projected on the screen; he wanted to see a bright, care-free world.

Thus, on the one hand, we have the pre-War films made by New Theatres, Prabhat, Ranjit and Bombay Talkies and, on the other, the present-day escapist films.

It would also be wrong to put the blame squarely on cinemagoers. Film-makers, too, owe a duty to the public. The film is a powerful medium and if misused can cause the greatest harm. Just as the drug-addict has to be cured, so the taste of the cinemagoers has to be improved.

Probably one of the ways of doing this would be to try and eliminate the class of "adventurers" from the set-up. I feel that a representative committee of film-makers, Government representatives and responsible public men should be formed. This committee should screen new entrants to the ranks of producers. A minimum qualification, good background and certain other conditions should be laid down before a person is allowed to turn producer. This is only a suggestion.

The Government, too, can help solve the problem by issuing licences to bonafide producers only.

This article is taken from the book Film Industry of India. This image used in the article has been taken from kitaab.org