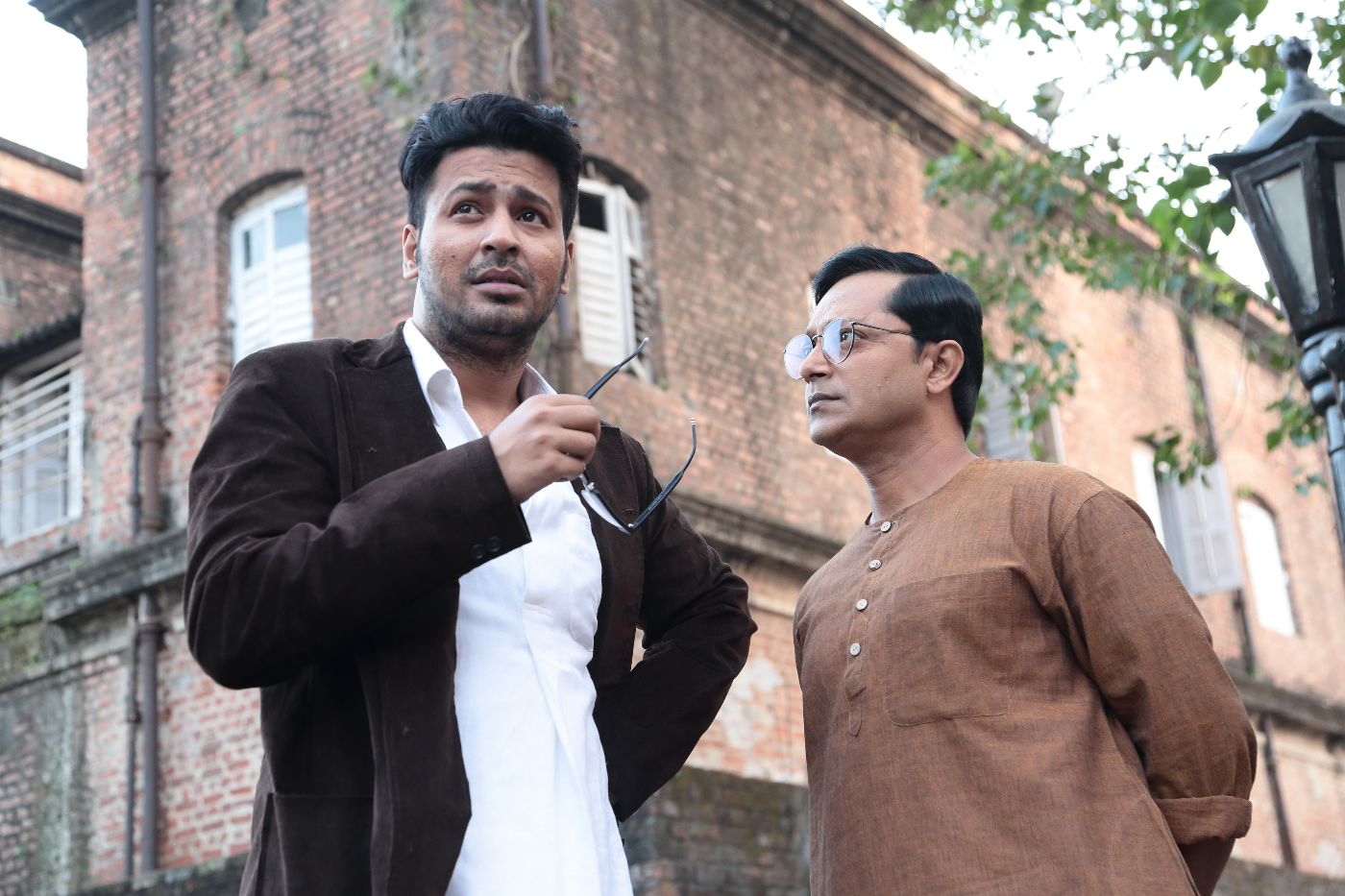 Anirban Bhattacharya and Suprobhat Das in a scene from Byomkesh

The Bengali’s engagement with Byomkesh Bakshi continues unabated, and Season 5 of the web series is another winner from SVF’s stable

A number of films in the last decade and four seasons of a popular web series – and the Bengali viewer’s love affair with Sharadindu Bandopadhyay’s popular detective shows no sign of waning. It is not difficult to figure why. In a key scene in Season 5 of the series, Byomkesh tries to explain the complications of the case to a befuddled Ajit and a police officer. Enacted with wonderful flair by Anirban Bhattacharya, the scene leaves not only the detective breathless but also the viewer trying to figure out the who’s who of the case. In the convoluted relationships that the detective sketches on the blackboard lie the charm of this season of Byomkesh Bakshi, and indeed of the web adaptations that have gone before.

The highlight of Season 5 is of course its director, Soumik Haldar.
The highlight of Season 5 is of course its director, Soumik Haldar. One of Bengali cinema’s leading cinematographers – with films like Professor Shonku O El Dorado, Durgeshgorer Guptadhon, Ahare Mon, Jaatishwar, Baishe Srabon, Khaad, among many others to his credit – Soumik makes his directorial debut with the current season of Byomkesh. ‘It’s always been a dream of becoming a director for a long time. After passing out of FTII Pune in 2000 and working as a cinematographer for close to twenty years, directing something on my own is what I was waiting for,’ says Soumik. ‘It was great putting on the director’s shoe and I felt a bit nervous and tense. But as the shoot progressed, I got a hold on it and with the help of an immensely solid team of technicians I think I managed to pull it off pretty well.’

Given the many versions of the character we have already seen, how challenging was it to overcome viewer fatigue? ‘Since I had already shot two Byomkesh films as a cinematographer, I have experienced the essence of the emotion of the stories. My intention was to stay true to the story and emotion of the characters portrayed. Since Anirban is a brilliant actor, he made it easy to execute what I had in mind.’