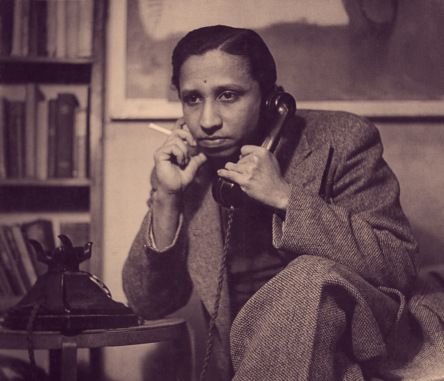 Abounding enthusiasm for colourful and purposeful achievements and undiminishing sincerity to the job he is entrusted with are the main traits of director Lester James Peries, the 47-year-old veteran from Ceylon, whose name is already well-known in this country, particularly after the recent film festivals held in different cities like Madras, Calcutta and Bombay to show all his celluloid works.

Director Peries is known more intimately, and with more regard by those who remember his Sinhalese work Gamperaliya (1963), the film which won eighteen awards at the international level besides Mexico's Golden Head of Pelanque and India's Golden Peacock. Particularly in India, where this film was acclaimed as the most intelligent movie of the year in a festival held in 1964, Lester James Peries made an indelible impression on the minds of Indians about his truthfulness to the job and unusual talent in film making. Probably that is the reason why many people compare him to India's master craftsman, Satyajit Ray.

Unlike Satyajit Ray, however, Lester Peries has made only five films. The work turned out by this thoughtful and courageous director has not only placed a small country like Ceylon on the world's film map, but it has also aroused enthusiasm in his colleagues to turn their attention wards purposeful and realistic films. Thus, Gamperaliya, besides earning kudos for Ceylon, has helped the Sinhalese bigwigs to reshuffle their plans of filmmaking.

Before joining this glamour world, Lester Peries was a journalist with the Times of Ceylon. He spent a number of years in London, too, in the capacity of a newsman.

Even while he was in London, Lester Peries very seriously thought about filmmaking. He also successfully made a few documentaries like Solliloque (1949), Farewell to Childhood (1950), A Sinhalese Dancer (1950) etc., which paved the way for him to take up film direction as a full-time and dedicated career.

Before he started working on his first feature film, he wanted to be confident of the technical know-how. It was in 1952 that he resolved to make a feature film, but it took him three years to complete it to his satisfaction. The film titled Rekava was released in 1956 in Ceylon, was later sent to 14 different countries and was remade in six different languages. Yet, director Peries considers it as a "commercial flop", as the returns at the box-office did not encourage him to immediately make another film.

Again, after a gap of four years in 1960 Lester Peries directed a film for Cinemas Ltd. The film Sandesaya- a page from history-  was very successful at the box office.

Inspired and encouraged by the success of Sandesaya he started working on his next one, Gamperaliya and it was this film that has earned so great a reputation that it has placed him among the top directors of the world. Gamperaliya, which means 'Changes in the Village' has beautifully depicted social, economic and political changes in a typical village.

The director's fourth film Delovak Athara was conceived as a social satire to point out the defects in a sophisticated society. Ceylon, which is an averagely-sophisticated country, liked this movie and it has paid good dividends. The film revolves round the story of a boy whose conscience is subjected to torture, following a road accident. The film, on which Mr. Peries is seriously working today, is another 'possibly great' film in that series. Titled Ran Salu (the golden shawl), the film based on a story written by P. K. D. Senevaratnam, depicts a love triangle. The film ultimately proves that only sincerity can pay, but not pretention. It is scheduled to be released at an early date.

India's Satyajit Ray is a good friend of Lester Peries, although they have not met so far! In a recent interview Lester Peries, who corresponds with the Bengali director, said: "I am dying to meet Ray."

Lester Peries has definite ideas about the purpose of the cinema, the attitude of the public towards different types of films, the Indian film, etc. Speaking about the Tamil Cinema, which is widely popular in Ceylon, Lester Peries felt that Sinhalese films have often been influenced by Tamil Cinema. Probably, due to this reason alone. Sinhalese cinema could not achieve better results. When asked about the Indian film, he frankly averred that it was a great disappointment to him. "India should have produced at least one dozen Satyajit Rays since 1947," the veteran said with a feeling of admiration for a great colleague.