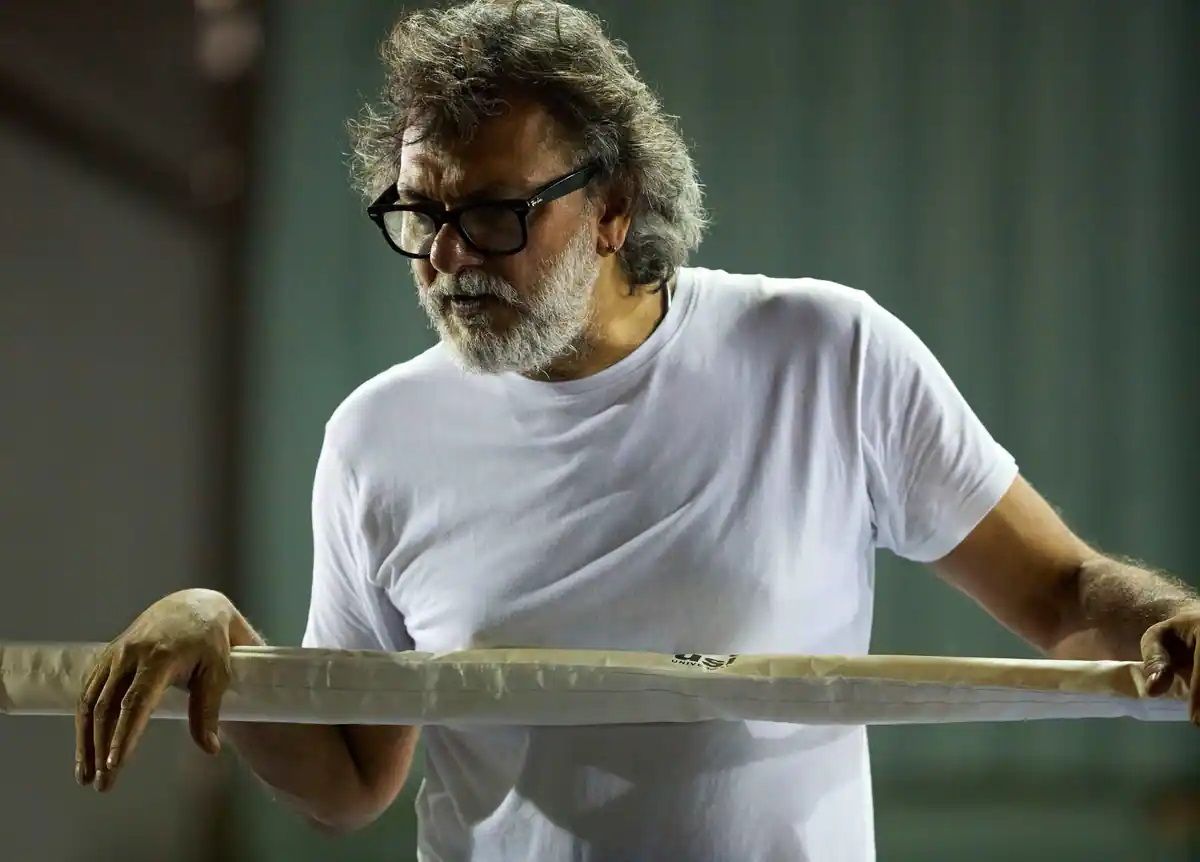 Rakeysh Omprakash Mehra in a still from his film sets. Image credit: livemint.com

The Stranger in the Mirror is the memoir of legendary producer-director Rakeysh Omprakash Mehra. Co-written by noted marketer-author, Reeta Ramamurthy Gupta, this book chronicles the richly experimental, multi-faceted life of one of India’s most celebrated and feted director who has made critically acclaimed films like Rang De Basanti, Delhi-6, and Bhaag Milkha Bhaag.

Though it may seem natural for an autobiography to have a primary narrator, what makes this book truly unique is its many narrators. It is this multi-dimensional, multi-character narration that will enable readers to delve deep and truly understand what it means to be as unselfish as Mehra, a man who gleefully steps back and let experts do the job.

Peppered with anecdotes from Mehra’s life: from the chai-biscuit-hostel days to the popping of the proverbial champagne; it implores readers to pay attention to understand who is narrating, because, the plot may have just shifted a little bit, just like his movies. At the end, what really stands out is how effortless the journey has actually been. And herein lies the greatest paradox-because there is no lack of preservence in this journey. The miraculous manner, in which things fall into place naturally, like pieces of a pre-ordained puzzle with the universe acting as the ‘sutradhar’, is the fulcrum around which the joy of this remarkable journey is built.

Following is an excerpt from The Stranger in the Mirror by Rakeysh Omprakash Mehra and Reeta Ramamurthy Gupta.

Cinema and I connected early through some odd coincidences. But the real romance with movies happened through my father. He was an ardent movie fan. He knew all about each and every movie, the technicians who shot it, the songs, and the character artists. He had watched too many credits roll by during his early employment at the theatre as a young man. Later, when he made friends from the film industry at the Claridges, he knew enough to converse knowledgeably. The cinema of those times was magical. It was the mid-'60s and early '70s (with a hangover of the '50s)—the golden era. Along with the birth of a nation was the birth of hope and independent self-expression. I must have been around eight years old, when I saw Jal Bin Machhli Nritya Bin Bijli at Regal theatre with Bauji. This was my introduction to the genius of the great master, V. Shantaram. What a magnificent artist!

We also had our Sunday and Wednesday evening weekly fix: a movie and Chitrahaar on television with Mataji. She belonged to the family that owned Claridges and lived in the bungalow adjoining the hotel premises. She was also the only one who owned a TV. A couple of us kids used to liven up her.

Stories always excited me and my favorite subjects were History and Hindi. Our Rashtra Bharti textbooks had some brilliant stories, including one of Valmiki the thief, who got transformed when Narada tricked him into chanting `MaRa' continuously, till he could only say `RaMa' and one of how Angulimala the dacoit was transformed by the Buddha into a monk.

On our birthdays, Bauji used to treat all of us to a movie, either at Regal, Plaza, or Odeon in Connaught place. I remember watching Guide, Johny Mera Naam, Jhanak Jhanak Payal Baaje, and countless other films on-screen with Bauji. I watched Pakeezah for three days in a row at the Chanakya theatre, offering a new 70 mm experience. The storytelling was epic and the music was moving.

Every Saturday, Bauji used to go to the Old Delhi family temple for a jagran (religious ceremony where songs are sung all night). I witnessed human behaviour at its funniest: devotees high on bhang (a traditional Indian marijuana drink) out-singing each other, replete with body language and histrionics, clanking the manjeeras (brass bells) loudly, competing for who would be heard the loudest. I used this memory in a scene in Delhi-6 that has Pavan Malhotra and Om Puri doing the same as an amused Abhishek Bachchan watches on.

After a point, I wasn't interested in the jagran and would slip off to watch the 9-to- 12 show instead. For a year, every Saturday, I watched Sholay and Jai Santoshi Maa. Bauji used to know the owner of Novelty cinema (where Sholay played for over a year) from his Jagat Cinema days, and his best friend, Thakur Balu Singh, was the manager at another theatre, Minerva. So I enjoyed free seats. The occasional fruit chaat was a bonus.

Some of the films I got to see in theatres and later on TV gave me goosebumps. Masterpieces like V. Shantaram's Do Aankhen Barah Haath offered a rare glimpse that human beings could change—an idea that stayed with me. It was the story of a reform-minded, idealistic young warden who gets special court permission to conduct a social experiment. As part of the experiment, the warden takes six surly murderers from prison to a dilapidated country farm, where they transition to an open jail system. They have to rehabilitate the farm and their own selves through hard work and compassion. What a soulful idea to focus on the good in people and bet on it! Songs like Ae Malik Tere Bande Hum' will always remain evergreen. This has been reproduced from the book The Stranger in the Mirror by Rakeysh Ompraksh Mehra and Reeta Ramamurthy Gupta.
The banner image did not appear in the original publication.
233 views 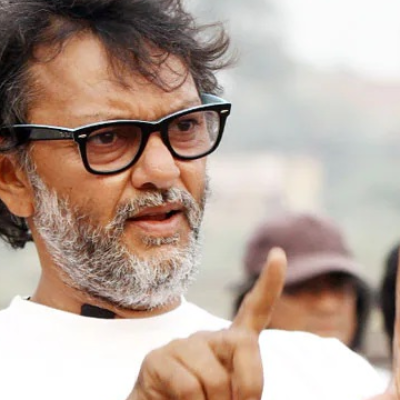 Rakeysh Omprakash Mehra occupies a reverent mihrab of his own in the annals of Indian filmmaking. After working on almost 200 advertising films and a documentary, he found his calling on the big screen. His cinema is honest, powerful and holds a mirror to society. His unsentimentally crafted portraits of conflicts inside our own culture, the demonic behaviour of humans possessed by communal hatred, the inherent imperfections that humanize super-achievers, have always been ahead of their time. His brand of socially conscious, progressive filmmaking has its own signature. His work is archetypal, socio-political and philosophical spawning genres such as sports biopics and youth-oriented cinema. As a director, writer and producer, with a yen for timeless music, he established Flicks: The Motion Picture Company in 1987, which he grew into Rakyesh Omprakash Mehra Pictures in the year 2004. He is married to P S Bharati. They have a daughter Bhairavi, and a son, Vedant.