Dharmendra: Back to his Roots 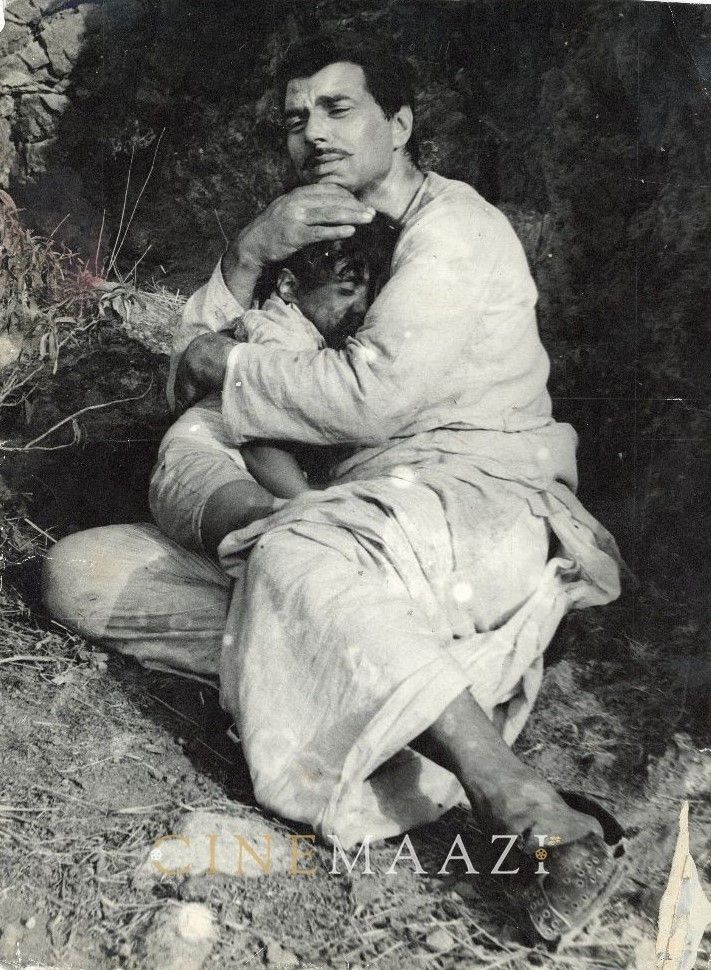 A teacher’s son from the hinterlands of Punjab who dreamt of doing what Dilip Kumar, Dev Anand and Raj Kapoor did on screen, and expecting to own ‘a flat and a Fiat’ consequently, has emerged as one of the most loved icons of Hindi cinema.

This ever-humble Jat attributes his hard-earned superstardom and global following to parental blessings, the Power Above, and the love of the people. It’s been over fifty-five years of blockbusters like Phool Aur Patthar, Mera Gaon Mera Desh, Sholay, Yaadon Ki Baaraat, Pratiggya, Chupke Chupke and Dharam-Veer, with fabulous performances in many of these, and notable productions including Satyakam, Betaab and Ghayal.

What’s more, this Padma Bhushan awardee has also dabbled sincerely albeit fruitlessly in politics, and writes poetry that comes straight from his heart. There may be a million stars, but there can be only one Dharmendra.

The following is an excerpt from Rajiv Vijayakar's book Dharmendra: Not Just A He-Man.

‘... Dharam is a beacon of all that Punjab represents, with his purity of heart!' comments Shatrughan Sinha, one of his closest friends in the industry. 'He is so handsome and full of the Punjabi dabangpan, seedhapan and sanskaar. Plus, he has the alhadpan, masti and befikri that is so typical of the Punjabis. He is even today, a typical Jat, and that's his USP!'

And Sinha goes on to add, 'That is the reason why, even today, he continues to be the darling of Punjab and everyone there. He does not have to visit his roots often, but they still adore him.'

Shatrughan Sinha is right. A detailed yet slightly incoherent news report from 2002 about the actor's visit to Lalton Kalan states, ‘Dharmendra descended on the village at around 9.30 pm and knocked at the door of a farmer. A lady came out and he asked for the residence of Ram Singh, a petition writer, in whose house Dharmendra's family had lived as a tenant. The lady (recognized him and) instantly took hold of his hand and insisted that he should enter her house.

`Within no time, news spread that Dharmendra was in the village. A village that is usually asleep by 10 p.m. came to life with people, most of them Dharmendra's acquaintances, coming out to meet him. There was a festive atmosphere like in a fair. Everyone wanted him to visit their home. He sat on a cart outside a house and people started bringing milk and jalebis. Some offered sarson ka saag and makki ki roti.

`Earlier on his arrival, he had driven to the shop of Raj Kumar, a barber. When he found the shop closed, he told the security man that he was Dharmendra and wanted to see Raj Kumar. The security man could not believe his eyes, and he too embraced the star: (Before calling the barber, we assume.)

There are two more paragraphs in this report.

`Dharmendra had come to Ludhiana along with his wife, Prakash, to attend the marriage ceremony of the nephew of Los Angeles-based Dr Ranjit Singh Grewal. After attending the marriage, he went to Sahnewal. He reached there in the dead of the night and woke up some neighbours. He also visited his ancestral home in the old market.

Another report reads: 'Residents of this nondescript village, Dangon, the native village of Dharmendra, were overwhelmed to receive the actor on Monday afternoon:

Dharmendra told me that the report was about his first visit to Dangon after years, and that he touched the soil of his jaddi jagah (the place where his family had their roots): 'Hum jahaan jahaan gaye hum wahin ke kehlane lage (We went on to belong to wherever my father was posted). Did you know that he was not allowed to be transferred from Sahnewal for 18 years?' he informed me. This has been reproduced from the book Dharmendra: Not Just A He-Man.
The banner image did not appear with the original publication and may not be reproduced without permission.

Rajiv Vijayakar has been an entertainment journalist for over twenty-six years, and has twice been National Film Awards Jury member. He is also a consultant at India’s first music-based museum at Bangalore. An authority on Indian films, he is the author of The History of Indian Film Music.

Other Articles by Rajiv Vijayakar

Dharmendra: The Beginning of his Journey