Do Bigha Zamin: A Critical Understanding 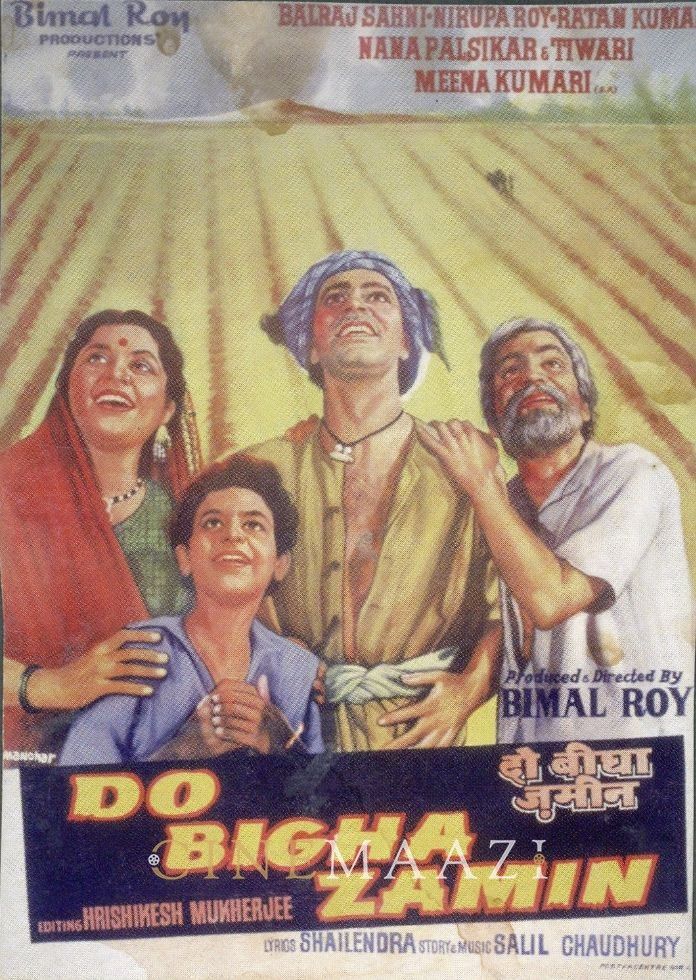 Do Bigha Zamin, a 1953 production, directed by Bimal Roy, was one of the earliest films which brought into existence the parallel cinema movement in India. The neo-realist overtures in the film were inspired by Bimal Roy's fascination after watching Vittorio De Sica's Bicycle Thieves, the previous year in the International Film Festival in Mumbai.
The film was based on Rickshawalla, a short story written by the famous composer, Salil Chowdhury. The story talked about the plight about a farmer who was forced to pull rickshaws in Kolkata in order to save his land in his native village. The name of the film though was taken from Rabindranath Tagore’s famous poem “Dui Bigha Jomi.”

The story revolves around the rural Indian countryside which has faced hardships over quite a few years as there has been no rainfall and the village has been hit by a famine. The film begins on a positive note as the rain gods listen and there is a downpour which is celebrated by the farmers. Shambhu, the protagonist of the story played by Balraj Sahni, who stays with his wife, Paro, played by the evergreen Nirupa Roy; his son Kanhaiya and his father, owns two bighas of land which is the only way of sustenance for his family. But the problem arose when the village zamindar, Harnam Singh, decided to construct a mill on his vast parcel of lands, which would bring work and prosperity to the village and right in the middle of his land lay Shambhu’s meagre two bighas. Harnam Singh was confident that he could buy off Shambhu’s land thereby putting his plans for the mill in motion. Considering the fact that Shambhu had borrowed money from him in the past, he had leverage over him and could strongarm him into selling the land. When Shambhu declined, Singh asked him to pay the debt that he owed him within the next day or else see his land get auctioned off. Shambhu returned home and with the help of his son and his father, Gangu, managed to calculate the debt, which amounted to 65 rupees. He sells off a lot of his possessions including his wife’s gold earrings. When he returned to pay the debt, he found out that the accountant had mismanaged the books and set the debt amount to 235 rupees. Shambhu’s protests that his father worked most of those debts off, fell to deaf ears and was asked to appear before court. His lack of education and understanding of financial matters led him to lose the case. The court's orders to return the money within a stipulated period of three months, makes Shambhu try all avenues but to no luck. He finally listens to a friend and decides to go to Calcutta where he could get a job and earn the money and save his land even though his wife is pregnant. His son Kanhaiya forces his hand to take him when he finds him hiding on the train to Calcutta and both father and son embark on the journey.

The neo-realist overtures in the film were inspired by Bimal Roy's fascination after watching Vittorio De Sica's Bicycle Thieves, the previous year in the International Film Festival in Mumbai.
Calcutta though becomes a nightmare for Shambhu, as no one talks to them and work becomes hard to come by. They lose all their possessions on the first day while they were sleeping and to make matters worse, Kanhaiya falls ill. Shambhu then rents a small room in a slum as he starts to work as a coolie before ending up as a rickshaw puller. Kanhaiya decides to help his father’s cause and starts to work as a cobbler with the help of Lalu “Ustad” and the old rickshaw puller who helped him to make the cobbler's box. In the village, Paro takes the help of Bahu, (Meena Kumari) to write letters to Shambhu and stay in touch. As the stipulated time period drew nearer, Shambhu starts to work harder than ever and one day while chasing another rickshaw as told by the customer in the promise of more money, meets with an accident. This puts a wrench in his works which leads Kanhaiya to join a pickpocket and get medicines for his father as he did not want to use the money he had saved up. Meanwhile Paro started to work at a construction site and hearing the news of her husband’s accident decides to visit him in Kolkata. When she arrives, she is taken in by a strange man who claimed that he knew her husband and would take her to meet him. Instead he tries to rob her of all the money and forces himself on her. She manages to escape but unfortunately comes under a car. When a large number of people gathers around her, someone decides to call the rickshawalla nearby which happened to be Shambhu. He takes her to the hospital. Kanhaiya returns triumphantly with a stolen 100 rupee note, before being taken to the hospital. He looks at his mother and tears the money as he thinks it’s because of his ways that her mother has been punished. Meanwhile in the village Gangu loses his mind and roams around while Shambhu’s land is auctioned off as he used up the money for his wife’s treatment. At the end the mill is seen being built as the entire family looks on. Shambhu tries to take a little bit of soil when a security guard comes and accuses him of stealing, before the family is seen leaving the scene.

Do Bigha Zamin takes the help of powerful imagery and brilliant acting to portray the growing pains of the new nation and how there remained a strong need to create a balance between the rising working class and the declining agrarian class, thereby urging for a change in the social order. 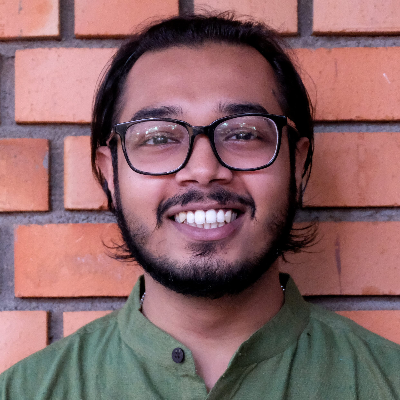 Utsha Sarkar is pursuing his post-graduation in Media and Film Studies from Manipal Institute of Communication. He is a cinema student with a penchant for words. Film theory interests him to the core. He is extremely opinionated when it comes to a discussion in social politics and the idea of cinema being more than just a narrative.