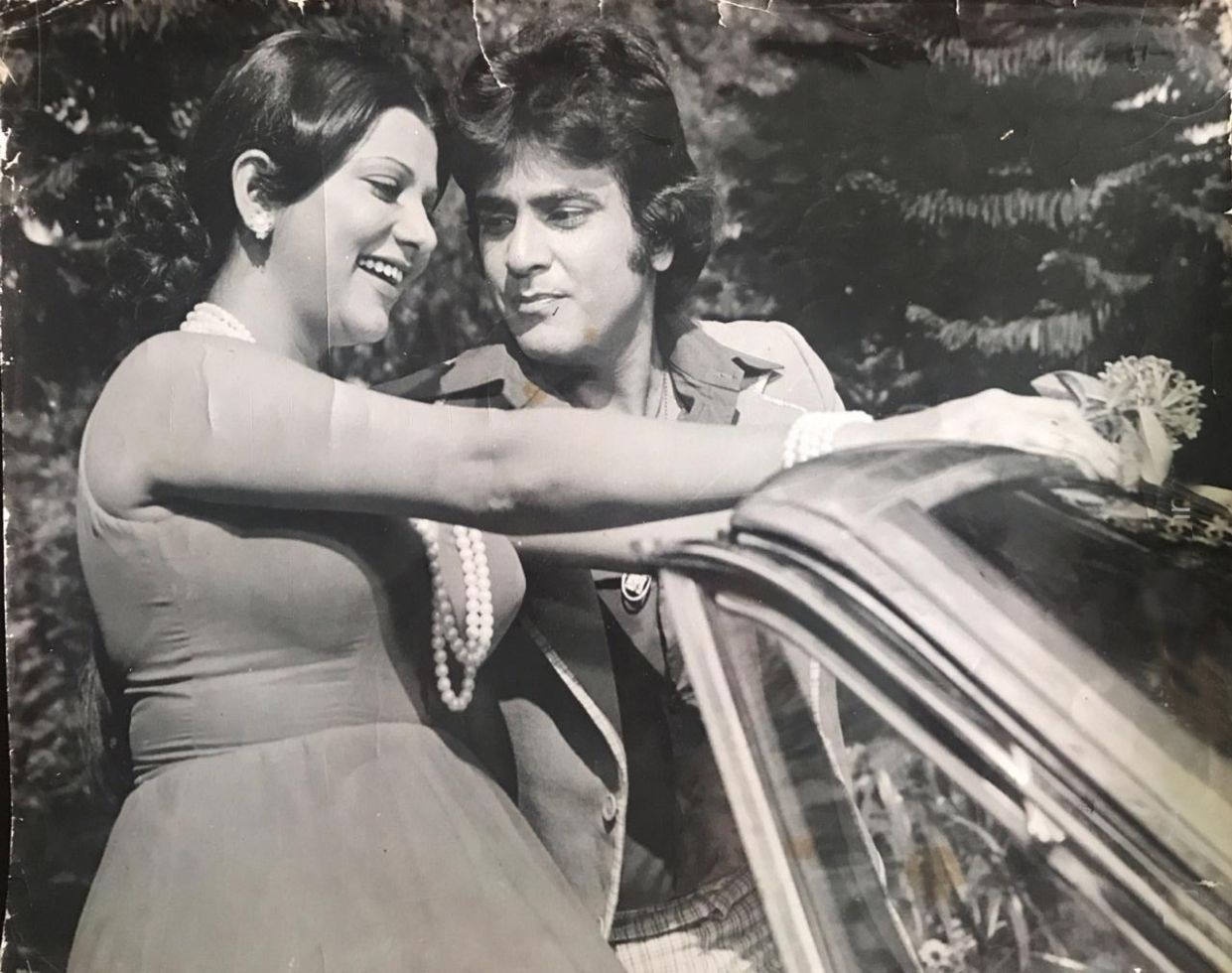 He may have lacked the grace of a Shammi Kapoor, but there is no doubt that few stars in Hindi cinema could inject a song sequence with the kind of chutzpah Jeetendra did. On his birth anniversary here’s a look at some of the star’s most enduring musical outings.

In the late 1980s, during my high-school days, I used to be a keen badminton player – till one evening Doordarshan screened Humjoli, and Dhal gaya din ho gayi shaam and put paid to all my hopes of ever becoming a player of any reckoning. There was no way I would ever manage to play badminton like that, I realized, and never again would I be able to pick up a racket and shuttle cock without expecting to hear that delectable ‘tok’ you hear in the song. So, if I never scaled the highs of a Prakash Padukone or a P. Gopichand, blame it on Jeetendra! But, that is of course being facetious. Revisiting the film years later, I realized what a star Jeetendra was to have been able to pull the sequence off with so much swag and panache – dressed in what was to become his trademark all-white, body-hugging tee tucked in, pirouetting in the middle of every ‘tok’ or even jumping from one tier to another in the viewers’ gallery.

Those who remember Jeetendra from his 1980s ‘tathaiya tathaiya’ avatar would scarcely believe that he was part of three films directed by the doyen of Indian cinema, V. Shantaram – Navrang (1959), Geet Gaya Pattharon Ne (1964) and Boond Jo Bann Gayee Moti (1967) – each boasting a scintillating classical soundtrack that has endured for over fifty years. Ravi Kapoor began his career as an extra with Shantaram who gave him his break as a hero in Geet Gaya Pattharon Ne, christening him Jeetendra. The film boasted the classic title song, rendered as a duet by Asha Bhosle and Mahendra Kapoor, as also the unforgettable version by Kishori Amonkar. Asha Bhosle had another winner in Tere khayalon mein hum. With songs like Adha hai chandrama (Navrang) and Yeh kaun chitrakar hai (Boond Jo Bann Gaye Moti, lyrics by Bharat Vyas), and of course two more delectable songs sung by C.H. Atma in Geet Gaya, these represent the best of Jeetendra before he became Jeetendra.

Ravi Kapoor began his career as an extra with Shantaram who gave him his break as a hero in Geet Gaya Pattharon Ne, christening him Jeetendra.
Bonding with the Box Office

Farz (1967) established the star persona of Jeetendra, earning him the sobriquet of ‘Jumping Jack’ for his unique dancing style, which may have lacked the grace of a Shammi Kapoor but was not wanting in exuberance or infectious zeal. Don’t bother with the plot which has Jeetendra playing ‘Agent 116’ while serenading Babita and shimmying at the drop of a hat. Who wants anything resembling logic or narrative when you can just sit back and enjoy one golden super-hit after another, courtesy Anand Bakshi and Laxmikant Pyarelal: Baar baar din yeh aaye, Hum toh teray aashiq hai and that signature Rafi ‘hu-huu’ that ensured there was no looking back for the star – Mast baharon ka main aashiq. Too bad James Bond never got to sing! He never knew what he was missing.

Farz (1967) established the star persona of Jeetendra, earning him the sobriquet of ‘Jumping Jack’ for his unique dancing style
The Gypsy King

If Jeetendra imagined that the road to success would have been easy after the super success of Farz, it was not to be. A tsunami called Rajesh Khanna came along and swept away all competition. Jeetendra just about managed to stay afloat, and one of the films that helped him to do so was Nasir Husain’s Caravan (1971). A trademark entertainer from the king of musical extravaganzas, Caravan boasts of one of the era’s most happening scores. Helen scorched the scene in Piya tu, Aruna Irani never looked so alluring as she did in Dilbar dil se pyaare and Ab jo mile hai, while Jeetendra gamely went his way with Chadhti jawani, Goria kahan tera and Kita pyaara waada – three of Rafi’s mast-est duets. The film may have aged badly, but the soundtrack is pure dynamite still.

A trademark entertainer from the king of musical extravaganzas, Caravan boasts of one of the era’s most happening scores.
The Gulzar Years

O what a difference a moustache and wide-rimmed glasses make! Never quite considered the best of actors, Jeetendra took it upon himself to prove his detractors wrong, delivering the best performances of his career in this bunch of three films directed by Gulzar: Parichay (based on the Bengali novel Rangeen Uttarai which in turn was inspired by The Sound of Music), Khushboo (based on Saratchandra Chattopadhyay’s Panditmoshai) and Kinara. Not only do these films constitute the best of Jeetendra’s outings as an actor, they also make for the finest of the Gulzar-R.D. Burman partnership. From the first Gulzar-Pancham composition Musafir hoon yaaron to the quintessential boat song in Hindi cinema, O Maajhi re to the haunting yet vastly underrated Jaane kya sochkar, Jeetendra would never have another bunch of songs as brilliant shot on him as these. Surrendering himself entirely to Gulzar’s vision (even letting the director cut his hair on the sets of Khushboo), Jeetendra showed a welcome desire to step out of his comfort zone and was richly rewarded for his experimentation.

Not only do these films constitute the best of Jeetendra’s outings as an actor, they also make for the finest of the Gulzar-R.D. Burman partnership.
The Pots and Beaches Years