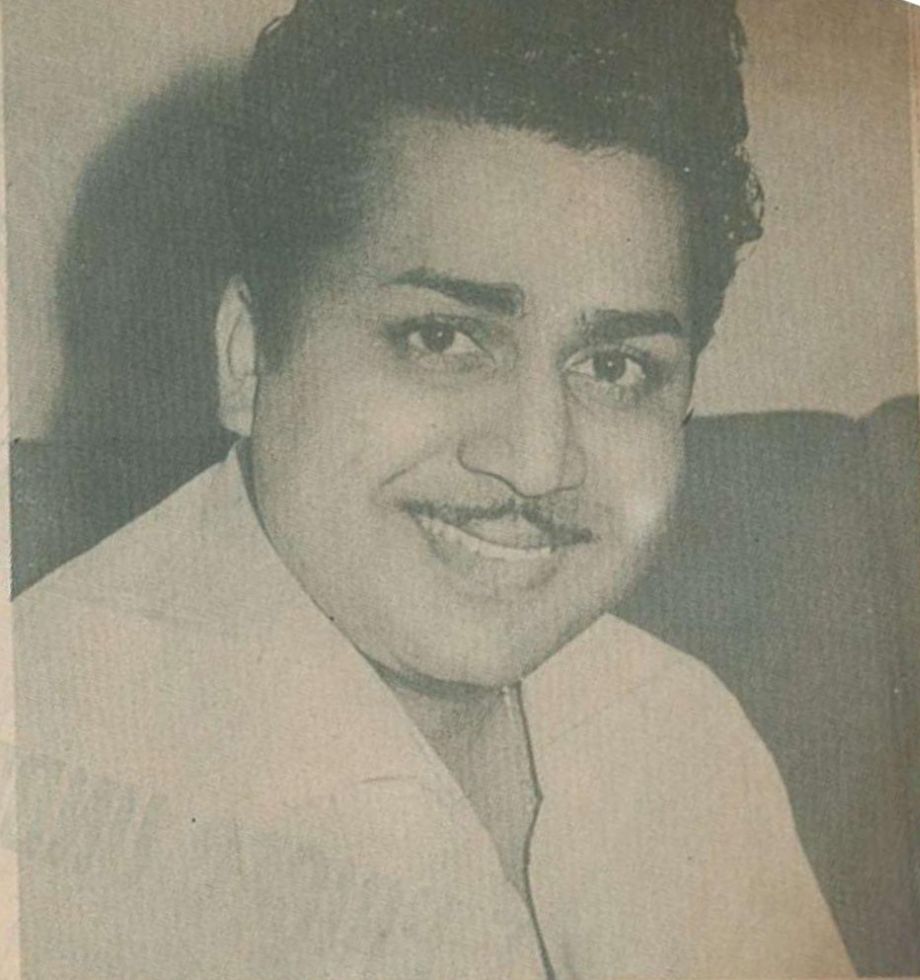 Talking to the debonair Kalyan Kumar- who is listed among the top leading men of the Karnataka screen -one is struck  by his enthusiasm, simplicity and complete faith in himself. It is this confidence and inner poise that have helped him to portray successfully many a difficult role in Kannada, Telugu and Tamil films and achieve a glorious high noon in his career.

An impressive narrator, Kalyan Kumar explained in his characteristic, carefree manner, that he considered every film in which he has acted during the last thirteen years, a challenge. Kalyan Kumar is currently starring in nine films. He is an artiste who refuses to be typed and so has played a variety of roles. He is more than forty-films-old in Kannada, and has acted in a score of Tamil films. Although in demand for dashing, romantic hero roles, he has also taken in his stride the roles of a hunch-back old man. bandit, pundit,etc.

Kalyan Kumar belongs to an orthodox Iyengar family of Bangalore. Even though his parents scoffed at his attempts to act and refused to encourage his talents, young Kalyan was not deterred.

He became a member of a Fine Arts Association in Bangalore and took part in their dramas, mainly in female roles.

Kalyan Kumar has nostalgic memories of two years spent in Bombay in the early fifties, in an unsuccessful bid to enter the film world. It was while studying in a Ceramics Institute that teenager Kalyan Kumar got the break he had always dreamt of. He deserted his studies for the title role of Nata Sekhara (1954), a movie dealing with the aspirations of a handsome youth who wished to achieve stardom. Kalyan Kumar lived that part superbly as it was the story of his own life, and a meaty role at that. The film, released in 1954, was a tremendous success and made him a star overnight.

Although he became famous, Kalyan Kumar mused, "Dame Fortune did not smile on me for another two years." His next role was in Sadarama (1956) which was filmed in Telugu and Kannada. He played the part of a daredevil bandit the villain after the first hero's role! This film definitely landed him as a star, with considerable star value; ever since, he has always been in demand and always busy.


His first Tamil film was Tayilla Pillai (1961) and he endeared himself to the Tamil audience, by his memorable portrayal of the doctor in Nanjil ore Aalayam (1962) (its Hindi version being Dil Ek Mandir (1963)). His position as a top star was assured with his performance as Jagganna in the famous film. Amarshilpi Jagannachari (1963). Kalyan Kumar considers his role as the hunchback in Mani Osai (1963) (adapted from "The Hunchback of Notre Dame") as memorable, since it was a difficult role that really tested his histrionic abilities. The film Subbasastri (1966) based on Moliere's Tartuffe in which he plays the leading role will soon be screened in France.

Kalyan Kumar is also a producer and a director. In directing his ventures he likes to try off-the-beat techniques and approaches. His first venture Endu Ninnavane (1966) was a film with a difference. All artists who took part in it did not use any make-up. This resulted in a realistic film where even the texture of the skin of the actors was seen. His current production Maraiyada Manas does not have any of the usual box-office ingredients in it. Nevertheless, he is also producing a social Kallu Sarkarai (1967) with an eye on the box office, to "keep me financially sound and enable me to carry on with my experimental ventures", he said with a sly smile.

Kalyan Kumar gets all the inspiration he needs from his chosen vocation of acting. A teetotaller, he does not smoke, either. His weakness is however for good clothes and expensive perfumes! He met his wife star Revathi, when she booked him to play the lead in her maiden production,Manniku Bandha Mahalakshmi. Charming Revathi is a well-known novelist and writes screenplays and dialogues for many Kannada films. After a temporary retirement from films, she has recently signed up to act in two films.

Kalyan Kumar has the assured confidence of an expert, who, although at the top in his line, is still striving to achieve more and more perfection. "I would like to better my acting. I feel that my best is yet to come", he says with unusual modesty. His position in the film world of Karnataka is already good but his imagination, hard work and sincere efforts are bound to make the good better and transform it better into the best!