Lagaan: The Agony and the Ecstasy 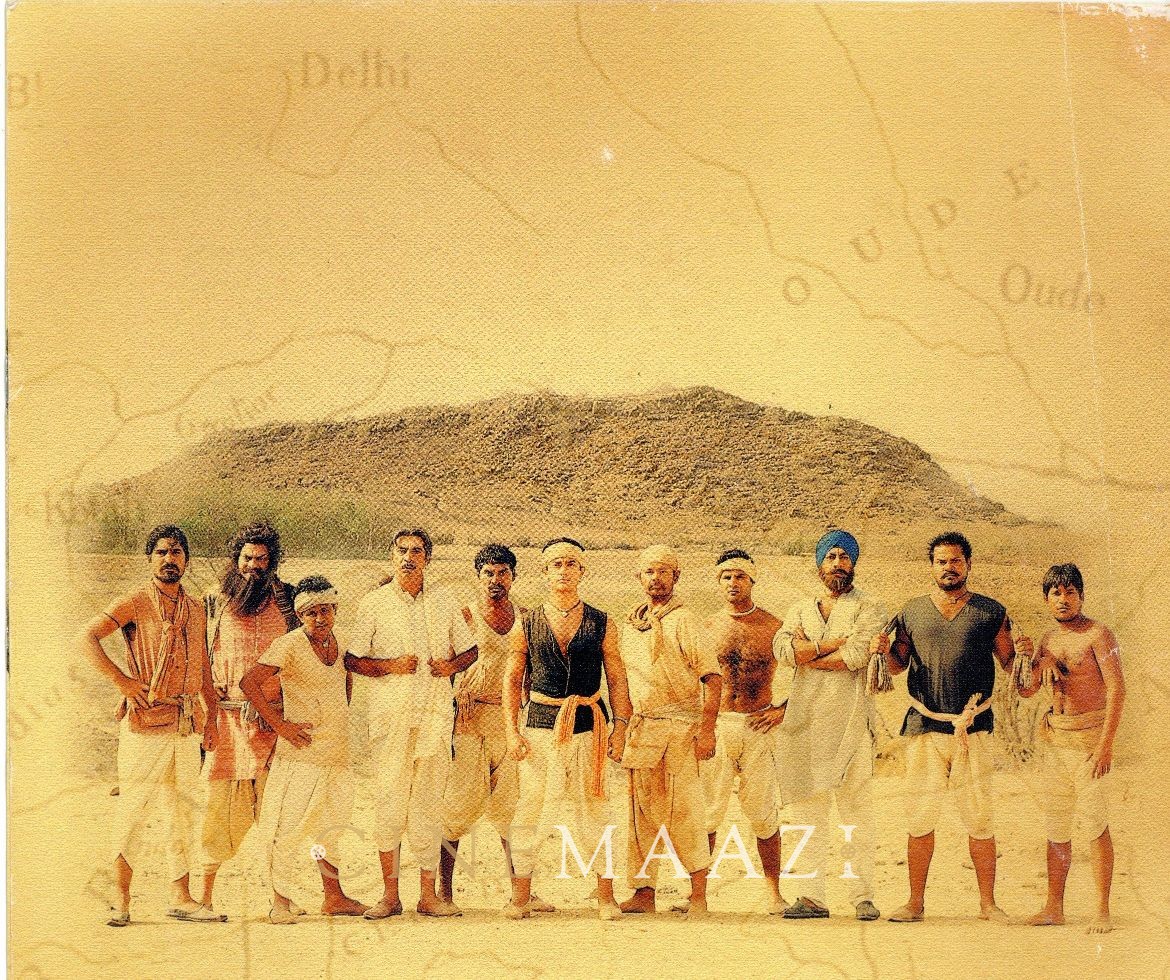 Do you know that the horror movie Mahal (1949) grew out of an eerie experience actor Ashok Kumar had during an overnight stay at a resort?

That a nervous Yusuf Khan learnt of his screen name Dilip Kumar only from the promotions of his debut film?

Or that first-time Director Aditya Chopra had to fool Shah Rukh Khan into agreeing to a story narration by telling him that DDLJ (1995) was actually an action film!

An actor lives a hundred lives. He takes on the persona of a stranger and becomes him. He wakes up every morning, wears a different face and sets out to make the world his stage. And in this journey from real to reel, the man behind the screen idol often remains unknown, except to a chosen few. This book attempts to go beneath the pancake and the paint, beyond the glam and the glory, to bring to the reader the human behind the celluloid persona.

Peppered with anecdotes and candid interviews with some of the Indian Cinema's most iconic stars, Matinee Men is an unmatched story of Bollywood as seen through the world of its greatest magicians, the stars.

Below is an excerpt from Roshmila Bhattacharya's Matinee Men.

Aamir’s journey as a producer began with Lagaan, his first and perhaps his biggest gamble. At a time when producers were waiting in queue to make a film with him, he put his faith in Ashutosh Gowarikar, despite Pehla Nasha (1993) and Baazi (1995), which the actor-turned-filmmaker had directed earlier, not measuring up. The script was Ashutosh’s and climaxed with a one-of-its-kind cricket match played in 1893 between the Brits and the villagers of Champaner. When no producer could be coaxed into backing the film, Aamir decided to produce Lagaan himself.

On 2 January 2000, Aamir and Ashutosh, along with a team of over 350 members, reached art director Nitin Desai’s ‘village’ in Bhuj. The set had been built from scratch and stayed put for 5 months, 17 days and 10 hours. A team member remembers Aamir as the perfect producer, serving them tea and snacks when they assembled on the sets at five every evening. They would break for dinner at the stroke of midnight and continue till five the next morning. Before they straggled off to bed, Aamir would insist that everyone eat something, be it puris or toast, so they wouldn’t be woken by hunger pangs.

The film was shot on a war footing and the outcome was an extremely engaging sports drama. Lagaan was the third Hindi film to be nominated for the Academy Awards in the Best Film in a Foreign Language Film category, after Mother India (1957) and Salaam Bombay (1988). Aamir had stopped attending award functions by then, believing that vested interests determined the choice of winners. However, he made an exception for the 2002 Oscars and for months, camped out in Los Angeles, trying to get the Academy’s jury members to see his film. Thanks to his efforts, Lagaan made it to the top five.

I tumbled out of bed at the crack of dawn on the day of the Oscars, as excited as the rest of the country and convinced that Ashutosh and Aamir would bring home the coveted statuette. But Lagaan was nudged out by Bosnian director Danis Tanović’s No Man’s Land (2001) and the Oscar lost its shine for me that year. Fourteen years later, I relived that moment with Danis at a five-star in Mumbai, telling him how distraught every Indian had been when Lagaan had lost to his film. He quipped with a straight face, ‘You are implying it was supposed to win. I liked the film too, but I’m glad I won.’ Touché!

Satyajit Bhatkal, a young lawyer who had followed Aamir to Bhuj for a year to serve as a production assistant on Lagaan, has his own memories of the Oscars. He was standing on a chair, trying to capture the myriad expressions flitting across the faces of the fifty-odd unit members who had gathered around a television set at Aamir’s office to watch the awards live. All of them broke down when Lagaan lost, after coming so close to making history. Their tears took Satya back to the last day of the film’s shoot when he had sat atop a crane with his digital video camera, recording every emotion and reaction. There had been a lot of tears on that day too. Only Satya had remained far removed from the emotional scenes, almost forgotten by his Lagaan family till someone looked up and pointed, ‘Satya upar akela hai [Satya is sitting up there, alone].’ All this went into his documentary Chale Chalo: The Lunacy of Film Making (2003), which was also turned into a book, and traced the journey of Aamir’s first production.

I watched Lagaan in the theatre in its silver jubilee week. It was my two-year-old daughter Ranjika’s first film, and she was a ball of inexhaustible energy. I lost her during intermission when she quietly slipped out of the washroom. After frantically scouring the theatre, I returned to the darkened auditorium to ask my husband to help locate the brat only to find her playing her own cricket match in the aisles, her giggles along with the cheers on screen filling the hall.


A decade after Lagaan, I met Aamir and his nephew Imran Khan just prior to the release of Delhi Belly (2011), another Aamir Khan production. The black comedy was an ‘adults only’ film and so out of bounds for not just my daughter but also Aamir’s own children, Junaid and Ira (his youngest son Azaad was born much later), who were then in their teens. In the course of our conversation, I learnt that Imran’s tryst with Bollywood had begun in Film City on the set of Mansoor’s Jo Jeeta Wohi Sikander. He was one of the child artistes in the film and was waiting to face the camera, in costume and full make-up, when his uncle, Aamir, spotted him. With a muttered ‘Terrible!’ he wiped Imran’s garishly painted face and re-did the make-up himself. That image, for me, crystallizes Aamir Khan, the man, the actor and the filmmaker. The accompanying images were not part of the original article.
318 views

Roshmila Bhattacharya is a senior journalist who, in a career spanning three decades, has worked in three leading publishing houses in the country—The Times of India, Hindustan Times and The Indian Express. For the last six years, she has been heading the entertainment section of Mumbai Mirror, a leading daily with The Times Group. In July 2019, she came out with her first book, Bad Man, the autobiography of Gulshan Grover.