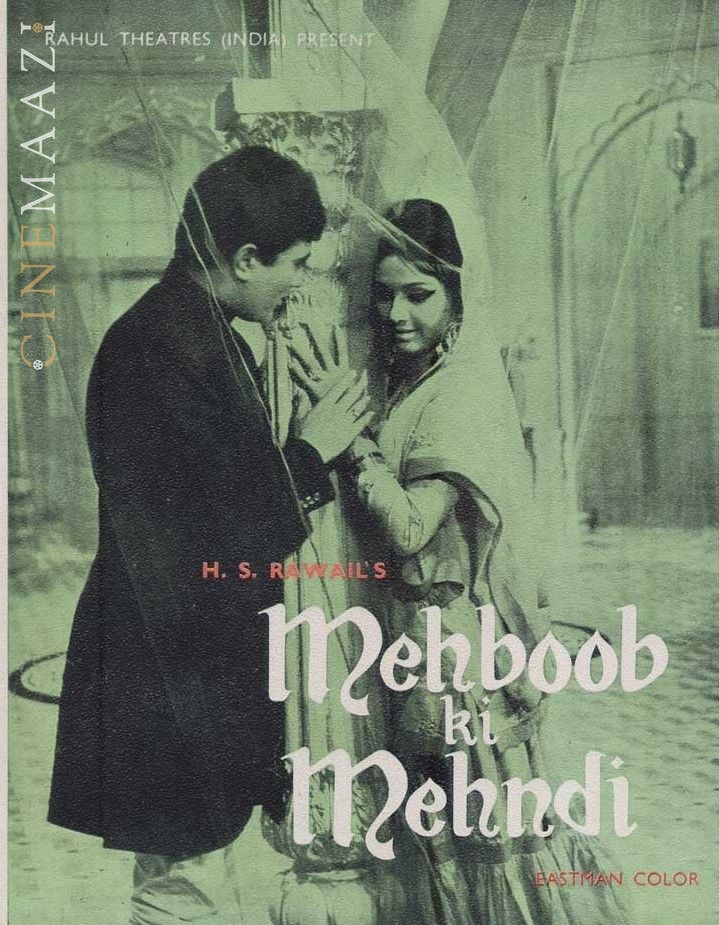 Indian cinema, unlike Hollywood, has an ambiguous relationship with the idea of genre. Almost every film in Hindi cinema has romance, drama, comedy and a lot of singing and dancing. Hindi cinema has always latched onto emotions and hence the audience has learned from repeated visual and audio clues to recognize a genre. After all, a genre is what is collectively believed in by both the audience and filmmakers.

In the 1960s, the success of Mere Mehboob (dir. H S Rawail, 1963) took the Muslim social to greater heights, it was the number one film at the year’s box office, but at the same time, it also created trappings that the sub-genre found near impossible to transcend in the years to come. Drawing inspiration from life in Aligarh Muslim University, a location that is seen in the film as well, Mere Mehboob laid great emphasis on education and reiterated the significance of culture and social values. In the film, Anwar (Rajendra Kumar) cannot believe his luck when the girl he falls for in college, Husna (Sadhana Shivdasani) the sister of his benefactor Nawab Buland Akhtar Changezi (Ashok Kumar) is asked to teach her poetry. Nawab Buland Akhtar also agrees to an alliance between Husna and Anwar despite him hailing from an ordinary background but fate doesn’t allow things to work out as smoothly – Anwar is found in the company of a courtesan leading to the breakup of his engagement and the wealthy Munne Raja (Pran) pushes a destitute Nawab Akhtar to marry Husna to him. The film’s social messaging took a backseat with the essential elements of the Muslim social working their charm on the viewer.

In the 1960s, the success of Mere Mehboob (dir. H S Rawail, 1963) took the Muslim social to greater heights
The Muslim social was popular for many reasons, but it surely helped that most of the beloved stars of the audience were associated with it- Ashok Kumar, Rajendra Kumar, Sadhana, Waheeda Rehman, Guru Dutt, Meena Kumari, Rajesh Khanna. The iconic aura of a star signified something central to the film and its genre. An actor’s body of work has a certain consistent value that was asserted through their roles. Like Ashok Kumar who often plays the modern, rational, educated hero- in Najma, his character Yusuf saves his ex-lover’s husband who was about to kill him. In Pakeezah, he plays Shahbuddin, who marries a courtesan and honours the relationship with his estranged daughter. The morally upright character sought to subvert norms and pushed the envelope further for righteousness- a trait of the heroes in the Muslim Social category, at least in the initial period.

Character actors like Asrani, Johnny Walker usually provided the comic relief to the narrative and played the hero’s friend. The association of lyricists like Majrooh Sultanpuri, Kaifi Azmi, Javed Akhtar, screenwriters like Saeed Akhtar Mirza and directors such as Kamal Amrohi, Mehboob Khan and B.R. Chopra helped boost the publicity of the films.

Doing injustice to the ideals of the sub-genre, the film fails to deliver on the progressive aspect by placing the onus of shame on the courtesan. To give some context, Shabana’s mother was a courtesan and as mentioned above, she almost became one as well. The shame appears in the form of embarrassment and fear pertaining to her history which makes it uncomfortable for her to come clean to her lover/fiancé Yusuf (played by Rajesh Khanna). The implication of being an immoral woman is attached to the courtesan which is why the film fails to circumvent regression.

The decline of the sub-genre in the late 80s was followed by the rise of the three Khans of Bollywood- Aamir, Salman and Shah Rukh. While the three Khans continue to enjoy their reign over the industry, all three of them have played mostly Hindu characters over the years. Salman Khan featured in one of the last films of the genre called Sanam Bewafa (1991) and popular stars such as Juhi Chawla featured in Bewaffa Se Waffa (1992). Most of Salman Khan’s recent films are released during Eid, targeting a specific audience. A similar strategy was also used by Shah Rukh Khan a few times. While the industry is ruled by perhaps its last big stars - the three Khans - there has been no overt manifestation of Muslim characters in their films for the most part.

The sub-genre that indulged itself in some nostalgia towards its decline period, was reminisced upon recently through the television channel Zindagi. The context was based mostly in foreign countries, yet the representation of Muslim culture triggered this nostalgic association.While the assertion of Muslim identity has resurfaced with films like Raees (dir. Rahul Dholakia, 2017),  a comeback for the Muslim social genre is still in question.