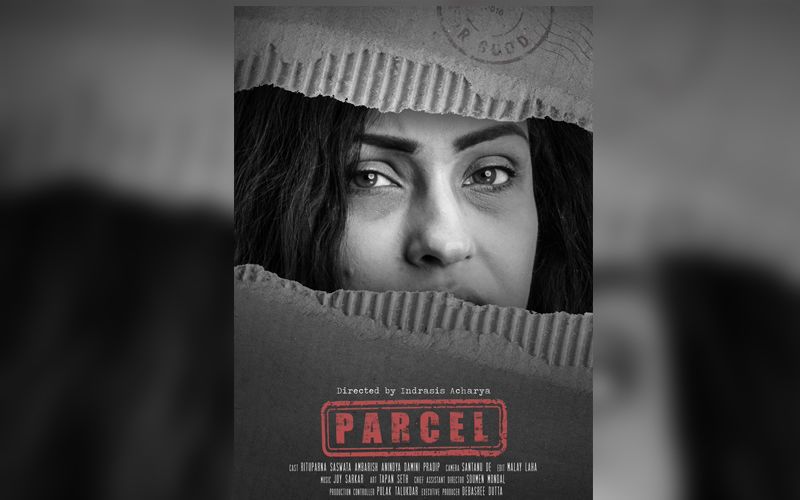 ‘Aamra ekta bhagar ay baash korchhi’ – around the 90-minute mark of Indrasis Acharya’s slow-burn exposé of the ugliness of contemporary society, a character tells the film’s protagonist Nandini (Rituparna Sengupta). The word ‘bhagar’ translates loosely to a wasteland littered with carcasses left to rot or for vultures to devour. That statement lies at the heart of Parcel and film-maker Indrasis Acharya ingeniously uses the ‘thriller’ as a format to peel the masks off our pretences.

Indrasis Acharya ingeniously uses the ‘thriller’ as a format to peel the masks off our pretences.
From all appearances it is a happy family – the film begins with doting parents Nandini and Shouvik (Saswata) attending their teenage daughter’s music lesson. Both parents are medical professionals, though Nandini has taken a sabbatical ostensibly to care for their daughter. They live in a well-appointed house in a suitably tony neighbourhood and for all practical purposes it is the very picture of domestic bliss. But wait … did I get a sense of the family being surreptitiously watched as they left the daughter’s music lesson and got on to their car – it’s a fleeting sequence, holding barely a few seconds. But it, and a few other similar sequences when the camera seems to be actually ‘watching’ the family, left me feeling queasy – and to the director’s credit he leaves it at that, offering no explanation, spelling nothing out.

I have called Parcel a thriller – yet to his credit, the director eschews the conventions of the genre. He never takes you by the scruff of the neck and pushes you headlong into the vortex of action. That would be the easy way out. He is not afraid to be unconventional in the way he executes the ‘action’. He puts the narrative on slow boil, cajoling the strands out of the characters, so that the tension never explodes, and neither the characters nor the viewer has any respite. And in that lies the film’s greatest strength.