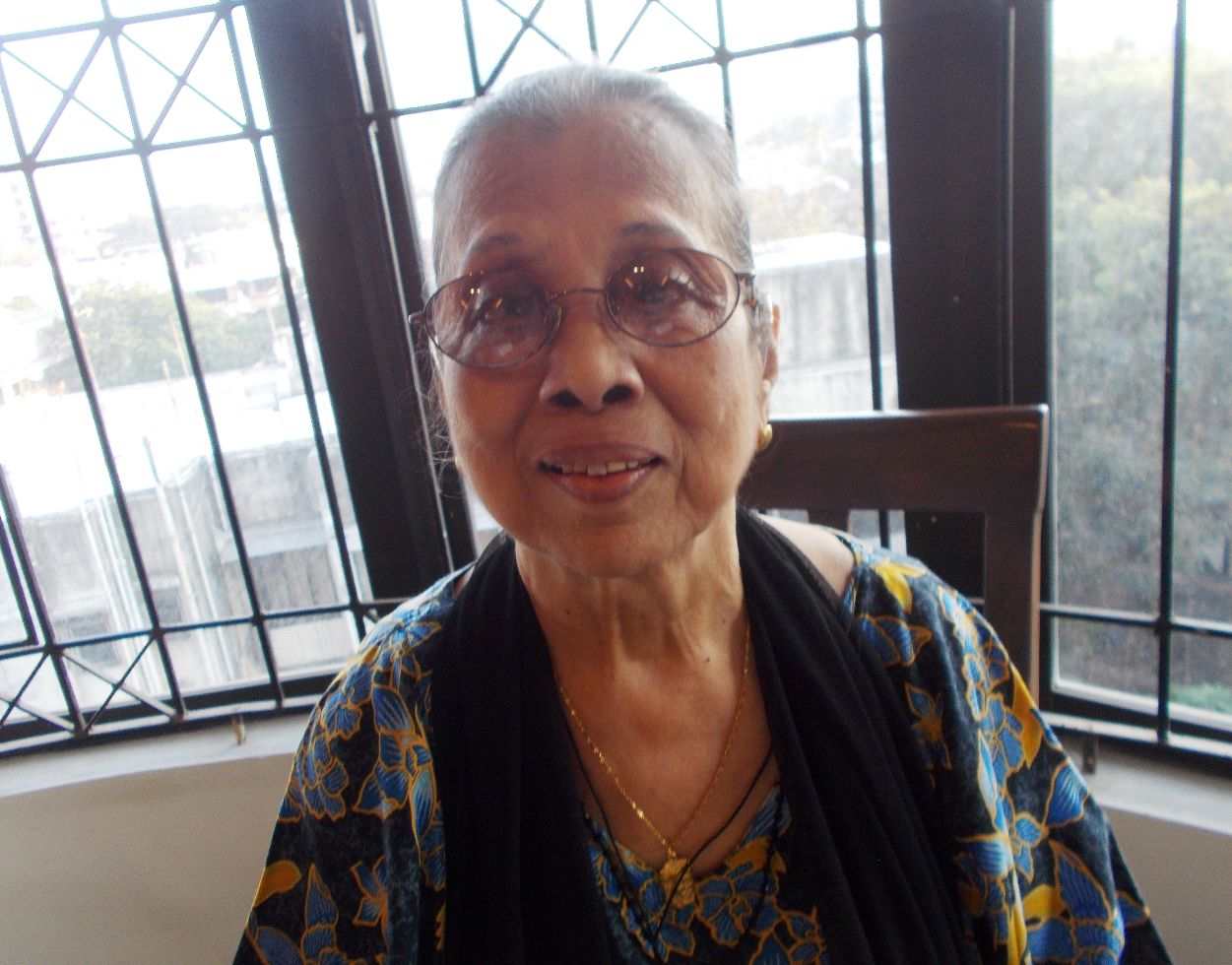 Goa’s Konkani speaking artistes have always had a close association with the Hindi cinema. From star Sudhabala (Ermeline Cardoze) of the silent era of cinema to star actresses Meenakshi Shirodkar, Jayashree Shantaram, Varsha Usgaonkar, actor Sachin, directors N. Chandra, Dinesh  Bhonsle, singers Lata, Asha, Hema Sardesai, Remo Fernandez, composers & arrangers N. Datta, Dattaram, Chic Chocolate, Anthony Gonsalves, film editors D.N. Pai, Bhanudas Divakar, Waman Bhonsle, Virendra Gharse and art directors Ratnakar Phadke, V.R. Karekar, Sushant Tari and many more such artistes & technicians have had roots that belong to Goa. Of these artistes, there was one more well-known actress & dancer Mohana, who entered Hindi films towards the end of the 1940 decade. In a short career of 10 years, Mohana was seen acting and dancing in almost 2 dozen films, and then she bid adieu to not only films but also to India.


The yearning to learn more about Mohana came about when out of the blue I saw some very beautiful photographs of her online from a photo-shoot done for LIFE magazine. I ventured out to learn more about her but the exercise seemed futile as there was not much that I could learn about her and whatever information I did receive was not completely reliable. But this much was sure that Mohana was not with us anymore. It is a known fact among our readers that the interviews & write-ups published by Beete Hue Din are based on one-on-one interviews with the celebrity and/or their kin and since we couldn't even find any close acquaintances of Mohana, we had to drop this write-up. But then one day, suddenly without any effort, we came to know Mohana's sister's whereabouts.

The story goes that in November 2014, the International Film Festival of India – IFFI was organized in Goa. The event's art director, Sushant Tari wanted to pay a tribute to the long-forgotten artists from the early era of Indian cinema. On his request, I provided him with pictures and short write-ups of about 3 dozen prominent artists and technicians all from the silent era of cinema to the golden era of Hindi cinema. Also, the artists hailing from Goa were kept in a separate category and the responsibility for the same fell mainly on my close friend Dinesh Bhonsle, who is from Goa itself and also is the director of the awarded Marathi movie Marmbandh, Hindi film Calapore and upcoming Konkani film Enemy. During the course of this event, Dinesh met with Mohana’s sister Ophelia and then through him I met Ophelia as well. On the eve of 9th March 2015 when I met with Ophelia at her house, through our conversations, I received a lot of information about Mohana.

Mohana’s formative education was done in Porvorim and Mumbai. After a while, she was sent to a boarding school in Pune where she completed her school education and got a job as a telephone operator in a telephone company. Essentially the job became a route to films for Mohana.

Film Sawan Aya Re was made in 1949 which was, according to Ophelia, Mohana’s first film. But Mohana was first seen onscreen with actor Vishwa Mehra in 1948 in a song Raat ko ji chamke taare from R.K. banner’s first film Aag – although, her name is not there in the film credits. It seems that she signed for Aag after Sawan Aya Re but the film was released before her debut film.

After Aag and Sawan Aya Re, for the next decade, Mohana did films like Char Din, Kamal, Patanga (all 1949), Ada, Nadan, Sagai, Sansar (all 1951), Chham Chhama Chham, Nazaria, Saqi, Saloni (all 1952), Shole (1953), Danka, Dost, Shart (1954), Insaniyat, Marine Drive, Sau Ka Note, Teerandaz (all 1955), Suvarna Sundari and Baghi Sipahi (1958) where she did comic and villainous roles and she also danced on many hit songs and then she got married and left not only the film industry but India as well.

During the 1950s decade, Mohana’s second marriage took place with the general manager of Hindustan Lever Company, John DeFrates. The company had an objection to his union with an Indian woman and so John resigned from Hindustan Leavers and took a job with the United Nations. According to Ophelia, Mohana left the film industry for good after the 1955 film Insaniyat, however, according to her filmography she was seen in two more films Suvarna Sundari and Baghi Sipahi in 1958.

Ophelia says, “Mohana was very attached to India. She would visit every 1 - 2 years. She was always attached to Konkani plays.”

In the second half of the 1950’s decade, John DeFrates was posted in Beirut and Mohana went with him. Mohana had a daughter Clare with John. While in Beirut Mohana learned Arabic and acted in some Arabic plays for Beirut T.V. In 1957 Mohana was also seen in an episode of the famous T.V. show To Tell the Truth. Ophelia says, “Mohana was very attached to India. She would visit every 1 - 2 years. She was always attached to Konkani plays.”

After almost 25 years in Beirut, John DeFrates was posted to Vienna-Austria. In 1986, after retirement, John DeFratess with wife Mohana and their daughter settled in France where on 11th September 1990 Mohana passed away because of a heart attack. She was just 61years old at the time.

Mohana’s husband John DeFrates passed away on 12th September 1998 in Montelimar, France. Mohana’s son Mark from her first husband lives in California, America and is a big jewelry entrepreneur. Her daughter Clare, from her second marriage, is married and lives in France.


Ophelia's husband Bob Peter passed away in 2005. Now 77 years old, Ophelia D’Souza stays with her daughter and son-in-law in Mumbai’s Mahim (West). Because of old age and ill health, she didn’t remember many important facts associated with Mohana’s career. And so Meerut’s Shri Mool Narayan (M.N.) Sardana ji, who is a wealth of information on artists from the golden age of Hindi cinema, came to the rescue. He provided Beete Hue Din with a list of Mohana’s many films and of the songs that were filmed on her and for this, we are utterly grateful to him. We also got a lot of information from our conversations with Surat’s senior film historian Shri Harish Raghuwanshi ji and through the Hindi Film Geet Kosh which has been tediously compiled by Kanpur’s Shri Harmandir Singh Hamraz which helped this write-up tremendously. I now humbly present this write-up to my ardent readers.