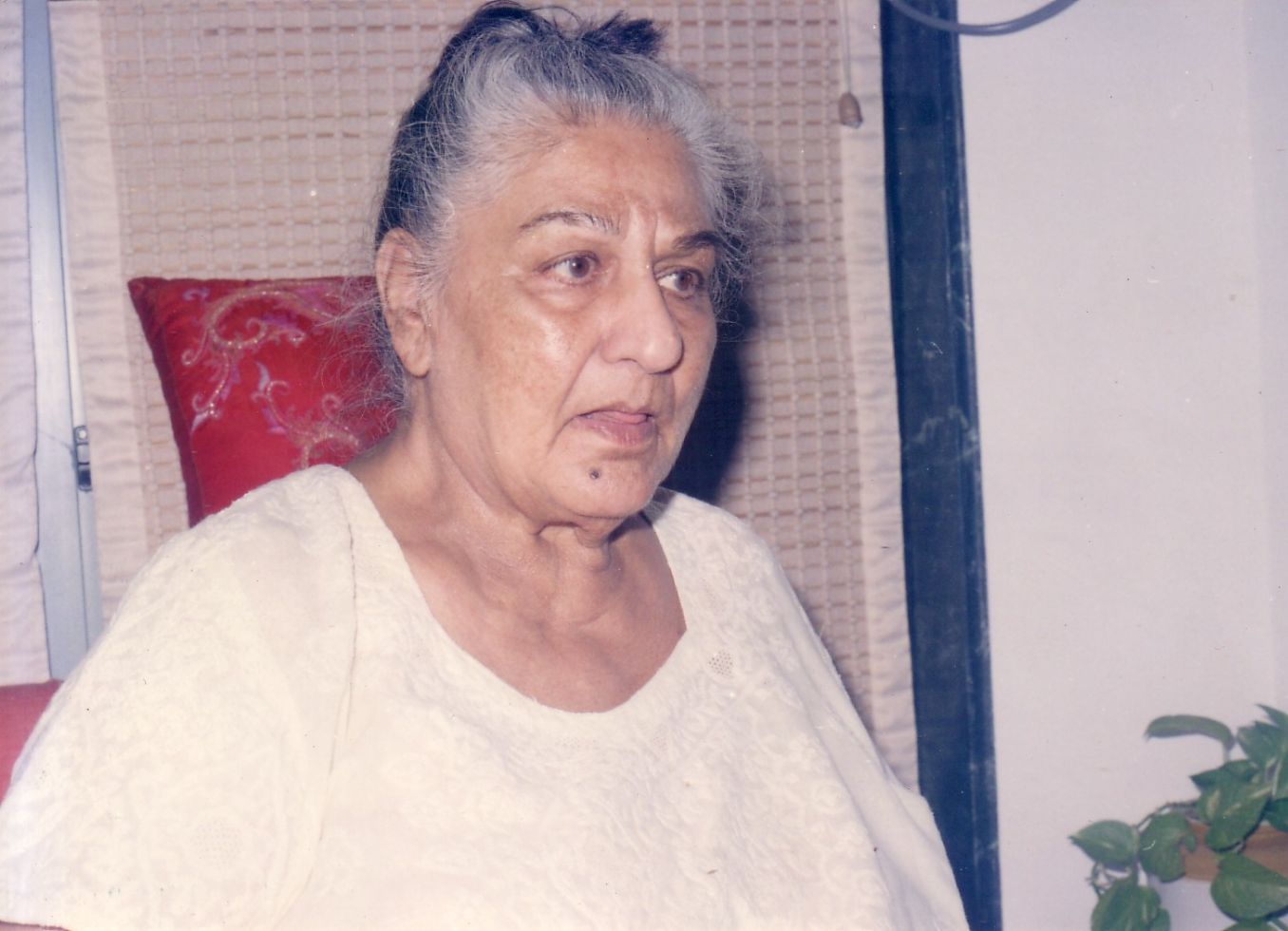 The history of Hindi cinema boasts many talented actresses like Vanmala, Mehtab, Kaushalya, Snehaprabha Pradhan,  Leela Desai, Paro, Munavvar Sultana, Kamini Kaushal, Bina Rai and Smriti Biswas who won the hearts of millions with their beauty and talent at every opportunity, yet, their career trajectories could not take them to the heights of success they deserved. Among these was Begum Para who acted in 27 films during a career span of 15 years and then suddenly left behind all the glamour-glitters, name and fame and she married and completely devoted herself to her household. But when compared with all her contemporary actresses, Begum Para’s name always remained fresh in the memories of the common people and the image of a fast paced, vivacious and modern actress always made her the center of attraction.

Her sensational pictures which were published in 1951 in America’s renowned Life magazine took her fame to the far side of the boundaries of the country and made her internationally famous. The American soldiers engaged in the Korean War during 1950 to 1953 became so enamored with Begum Para that her Life magazine pictures immediately found a place on the walls of the soldiers’ barracks thus awarding her the status of India’s First Pin-Up Girl. After spending 5 decades in anonymity, Begum Para once again made a public appearance at Juhu Scheme’s Bhaidas Hall on 30th April 2005 and the occasion was Dadasaheb Phalke’s 136th jubilee year function organized by Mumbai’s well-known organization Dadasaheb Phalke Academy where she was honored with the Life Time Achievement Award for her invaluable service to Hindi Cinema. 2 years later she was seen on screen in Sanjay Leela Bhansali’s film Saawariya (2007) which proved to be the last film of her acting career.

American soldiers engaged in the Korean War during 1950 to 1953 became so enamored with Begum Para that her Life magazine pictures immediately found a place on the walls of the soldiers’ barracks thus awarding her the status of India’s First Pin-Up Girl.
Begum Para started her acting career with the 1944 release Chand which was produced under the banner of Pune based Prabhat Pictures. Chand is also the debut movie of one of the first music director duos of Indian cinema Husnlal-Bhagatram. This movie was directed by D.D.Kashyap where Begum Para’s hero was Prem Adib. Renowned Kathak dancer Sitara Devialso played an important role in this film. The day before the Dadasaheb Phalke Academy Award function i.e. on 29th April 2005 I met Begum Para at her residence at Yari Road (Andher-West). I was very impressed with her jovial nature, her constant cracking of jokes, her laughter, all which were an unceasing part of her pleasing personality. Begum Para said, “My father Miyan Ehsan-Ul-Haq who was originally from Jalandhar was a Judge who used to get posted in various princely states of undivided India. He retired from the post of Chief Justice from Rajasthan. I was born on 25th December 1926 in Jhelum. I was admitted to a hostel in Aligarh so that I could continue my studies without any obstructions due to my father being posted elsewhere every 4-5 years and there I completed my schooling till class 12th.”

According to Begum Para it was a very open and modern environment at her home. This was the reason that when her brother, who worked with Bata Company at Kolkata, expressed his desire to marry the Bengali actress Protima Dasgupta, there was not a single voice of opposition at home. The newlywed couple shifted to Mumbai immediately after marriage where Protima Dasgupta played the main lead in Kardar’s film Namaste (1943). When Begum Para came to Mumbai to spend her school vacation with her brother and sister in law, she also came in contact with a few people from film fraternity. That was when she was offered the main role in Chand by Baburao Pai who was one of the partners of Prabhat Pictures.
During the next 15 years, including Chand (1944), Begum Para played different characters including the main lead in total 27 movies viz. Chhamia (1945), Shalimar (1946), Sohni Mahiwal (1946), Zanjeer (1947), Mehandi (1947), Neel Kamal (1947), Jharna (1948), Shahnaz (1948), Suhaag Raat (1948), Suhagi (1948), Dada (1949), Mehrbani (1950), Pagle (1950), Ustad Pedro (1951), Najaria (1952), Dara (1953), Laila Majnu (1953), Naya Ghar (1953), Jalwa (1955), Lutera (1955), Sau Ka Note (1955), Shahzada (1955), Sitara (1955), Kar Bhala (1956), Kismet Ka Khel (1956) and Aadmi (1957).
Chhamia, Jharna and Pagle were produced and directed by her sister-in-law Protima Dasgupta. Begum Para was the co-producer of all 3 films. Producer-director Kidar Sharma’s Neel Kamal was Snehal Bhatkar’s debut movie as an independent composer. Raj Kapoor and Madhubala also started their respective careers as hero and heroine with the same movie. The music for the movie Shahnaz was composed by the then well-known playback singer Ameerbai Karnataki.
Begum Para’s hero in Dalsukh M.Pancholi’s Lutera, Bhagwan Dada’s Kar Bhala and Kumar Anand’s Aadmi was the then star actor and Dilip Kumar’s younger brother Nasir Khan whom she married in the year 1958. Begum Para said, “I got a few good offers even after my marriage but I preferred to look after the household. Thus Aadmi proved to be my last film.”

In the year 1974 Begum Para initiated the production of a film titled Zid with Sanjay Khan, Saira Bano and Danny in the main roles. Nasir Khan was the director of the film. After filming 6 reels Begum Para and Nasir Khan went to Dalhousie for a location hunt for the next schedule. On the way back, Nasir Khan suffered a massive heart attack during their stay at a hotel in Amritsar and passed away. Begum Para said, “The kids were young, I had already spent all my money on the film and that was the worst period of my life. Some of my close relatives including my sister and brother were in Pakistan so, on their persuasion, I shifted to Pakistan. But I found it impossible to adjust with the narrow and conservative society in Pakistan thus I soon returned to India.”

Many of Begum Para’s close relatives including her elder sister Zarina were still in India. Zarina’s daughter Rukhsana Sultana was married to renowned writer Khushwant Singh’s younger brother Shivendra Singh. This was the same Rukhsana Sultana who came into limelight during the emergency due to her closeness with Sanjay Gandhi. She is the mother of actress Amrita Singh. Begum Para’s daughter is a successful entrepreneur today. Her elder son Nadir Khan died very young and younger son Ayub Khan is a well-known film and T.V. actor.

After keeping herself away from the camera for 50 years, Begum Para once again shone on the silver screen in the role of grandmother in Sanjay Leela Bhansali’s Saawariya which released in 2007.  But this proved to be her last film.