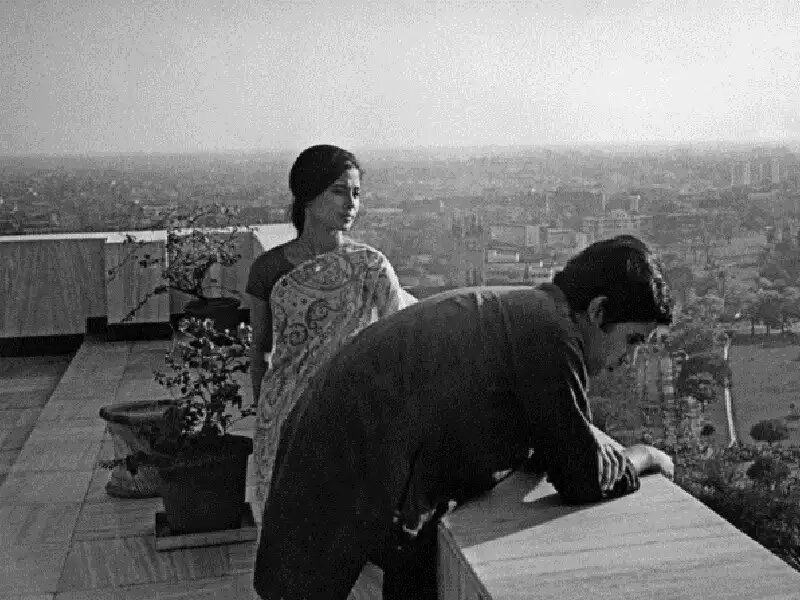 Some films transcend eras to address new generations. As Satyajit Ray’s Pratidwandi completes 50 years, Shantanu Ray Chaudhuri speaks to Dhritiman Chaterji and pens a personal memory of how the film and its protagonist continue to engage with viewers over the decades…

The first time I watched Satyajit Ray’s Pratidwandi (The Adversary) was in the early 1990s. Twenty years after the film released, the country’s socioeconomic landscape was rapidly changing. The ideological unrest that had characterized the era in which the film was made was largely passé, though a new kind of strife was brewing. Egged on by the 3 Ms – Market (the Indian economy had just opened up after years of a socialist/mixed economy model), Mandir (the Ram Janmabhoomi/Babri Masjid issue was threatening to become the new communal flashpoint) and Mandal (the issue of reservations in government jobs would end up rewriting the country’s political landscape) – India was becoming a new country. At the same time, my exposure to the cinema of Ray had thus far been limited to the two Goopy-Bagha films (Goopy Gyne Bagha Byne and Hirok Rajar Deshe), the two Feluda films (Sonar Kella and Joy Baba Felunath) and of course Pather Panchali (which Bengali worth his salt would own up to not having seen this?). I had little awareness of Pratidwandi being heralded as Ray’s first overtly political film (I am still not sure it’s a political film – I think that’s a lazy classification; I have always thought of it as an intensely personal film set against a politically charged backdrop). And my exposure to political cinema even more limited. I had grown up on a diet of mainstream Hindi films and had in fact internalized the ‘angry young man’ of the Amitabh Bachchan films all through my teen years. It was only later that I would perceive how ‘Siddhartha’ of Pratidwandi presaged ‘Vijay’ by a good three years (Zanjeer released in 1973 and Deewaar two years later).

That apart, what struck me at the time was the way Siddhartha supplanted Vijay in my mind. Looking back, I find that intriguing because right through my teens I had found the anger of Amitabh Bachchan’s Vijay cathartic. He symbolized the possibility of changing it all in the span of three magical hours. Siddhartha, in contrast, explodes in anger just once. For most of the narrative, he is primarily an observer, a passive thinker rather than an active agent. In fact, the people around him – his friend Adinath, his sister Sutapa, his younger brother – exercise more agency than Siddhartha does. Unlike Vijay, Siddhartha does not change anything around him – he succumbs to the adversary, the city, the system, and retreats to a mofussil, Balurghat. Even when he finds some semblance of closure, hearing the call of the bird he has been seeking since childhood, the experience is informed by the echo of Ram naam satya hai, as people accompany a dead body to the crematorium. Life seldom offers a full measure of closure.

I have for long had a penchant for visualizing what happens to a beloved film character beyond the narrative, when we have stepped out of the film. I have spent hours thinking of the lives Joe Bradley and Princess Ann might have had once their Roman Holiday was over. Did the unemployed graduate, played by Kamal Hassan, ever meet the magician’s daughter (Amala) he courted after their bittersweet farewell in Pushpaka Vimana? Likewise, I have often wondered about Siddhartha. In circa 2020, he would be in his seventies. He would have retired from his profession. It is difficult to envisage him as the ‘salesman’ at the end of Pratidwandi; he would probably use his intellectual faculties to make a career in education. Or maybe in advertising. He would in all probability never have been politically active, but his heart would always be in the right (left?) place. More importantly, unlike many student activist in the wake of the turbulent ’70s, he would always hold steadfast to a personal integrity that would inform his professional and family life. Assuming that his relationship with Keya had developed from where Pratidwandi left off, Siddhartha would in all probability be a grandfather. In 2020, it is tempting to imagine him standing in solidarity with his college-going granddaughter or grandson at a student rally protesting the CAA/NRC, making his last stand.