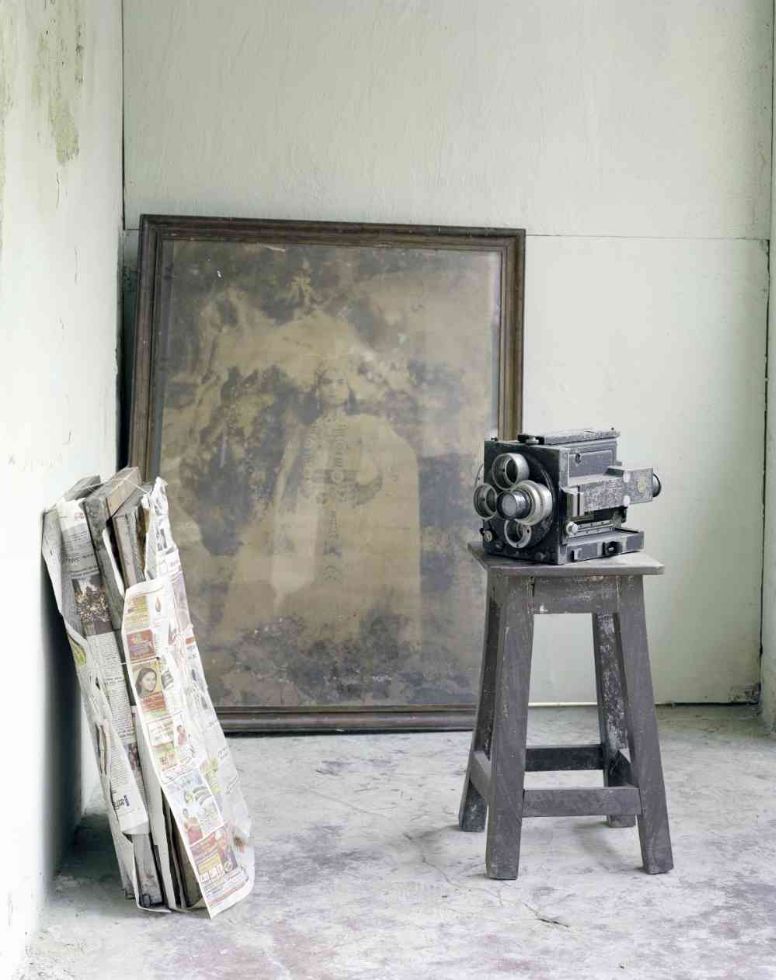 In 1887, an employee at Thomas Edison's research laboratory in New Jersey conducted an experiment with an instrument that would reproduce motion just as the famous inventor's photograph reproduced sound. Small images were photographed on a continuous spiral of film which was then wound on a cylinder. This was the first motion picture.

Two years later, the employee, W.K.L. Dickson, reached the point where it became necessary for him to obtain improved film in order to continue his experiments. He wrote to George Eastman, then a pioneer in the film industry, and ordered a continuous strip of 35 mm film. Eastman filled the order and charged Dickson $2.50. The result was a strip of continuous film standardized at 1-3/8 inches in width, with four perforations at each edge of every frame basically the same configuration that is used today.

With the introduction of black-and-white motion picture film and enduring physical dimensions that set a standard that prevails today, a new industry was born and the indications were that it would have an illustrious future.

The first motion picture used the same type film for making both negatives and prints. Later, Eastman Kodak Company produced separate films specially designed for camera use and for making prints. These new films provided better overall tone reproduction, and greater facility in the processing and printing operations and are known as negative and positive respectively.

By 1916, the pioneer motion picture studios had settled in Hollywood in order to take advantage of the abundant sunlight. At that time, there was only one negative film and one positive film. The former was sensitive to blue, violet and ultraviolet light and had to be exposed either outdoors by daylight or under heavy arc light in the studios.

Changes were made in the composition of both negative and positive films so often. As motion picture films improved in sensitivity, producers were able to include new and more dramatic scenes in their productions. Figuratively, as the film manufacturing industry developed, so did the motion picture entertainment industry. The one-man camera "crew", who prayed for sunshine so he could get adequate exposure of his film during the early 1920's has grown up. In his place is a versatile team that can produce motion pictures any place any time.


Certain major trends in black-and-white film improvement have led to resultant trends in the motion picture film industry. Less than 40 years after flickering one-reelers like the "Headless Horseman" dominated the screen. Hollywood now produces such technical and dramatic triumphs as Anatomy of a Murder, where stark realism is a trademark. Light and speed problems are no longer a serious detriment in photographing a motion picture. These film improvement trends and their results can be traced in the following manner:

Around 1925 a new and faster negative film was introduced, (Eastman Par Speed Cine Negative Film) which, along with the new panchromatic films, increased speeds tremendously. Around this same time, new fine-grain developers were marketed, resulting in the creation of better quality motion pictures. The new, faster films which resulted in higher quality prints gave directors an opportunity to do their first serious on-location shooting and thereby broadened the base of what Hollywood filmmakers could do.

By the early 1930's the "wrinkles" were ironed out of old films and new, faster ones, were marketed. Improved quality and added realism made possible by more on-location scenes stimulated the desire for motion picture entertainment. In the late 1930's three major black-and-white film developments by the Eastman Kodak Company provided further improvements. These films were Eastman Background-X, Plus-X and Super-XX Panchromatic 35mm. Negative Films.

With the introduction of Tri-X Panchromatic Negative Film in 1954, the film industry had in hand a material representing a still further improvement in sensitivity that made it possible to shot motion pictures under extremely low-light levels. This gave the industry a tremendous boost toward ultimate realism, as scenes staged outdoors at night and in closed darkened areas could be effectively reproduced on film without extensive artificial light. It is therefore not difficult to see how advanced film technology has actually increased the scope of the motion picture entertainment industry.

Even with the marketing of Tri-X Negative film, research and development in the black-and-white motion picture field continued at a rapid pace.

Of course, there have been numerous other developments that have increased the value of black-and-white motion picture film. These developments along with the introduction of safety positive film in 1917 and safety negative in 1925, were marked by the perfection of sound during the early 1930's and, later, the discontinuing of all nitrate base films in 1951.

It is interesting to note that, at a time when colour motion picture film seems to be growing into maturity, its black-and-white older brother is moving forward at a faster pace than ever. Black-and-white 35mm film-a cornerstone in the building of the motion picture entertainment industry-is still providing producers with a modern quality tool at an old-fashioned price. If we can say that its history has been illustrious, by qualitative comparison to the past it would seem that an even brighter future is just over the horizon.

This feature was written by Don Hyndman was originally published in Film Industry of India, compiled by B K Adarsh in 1963. The images used were not part of the original article.
324 views