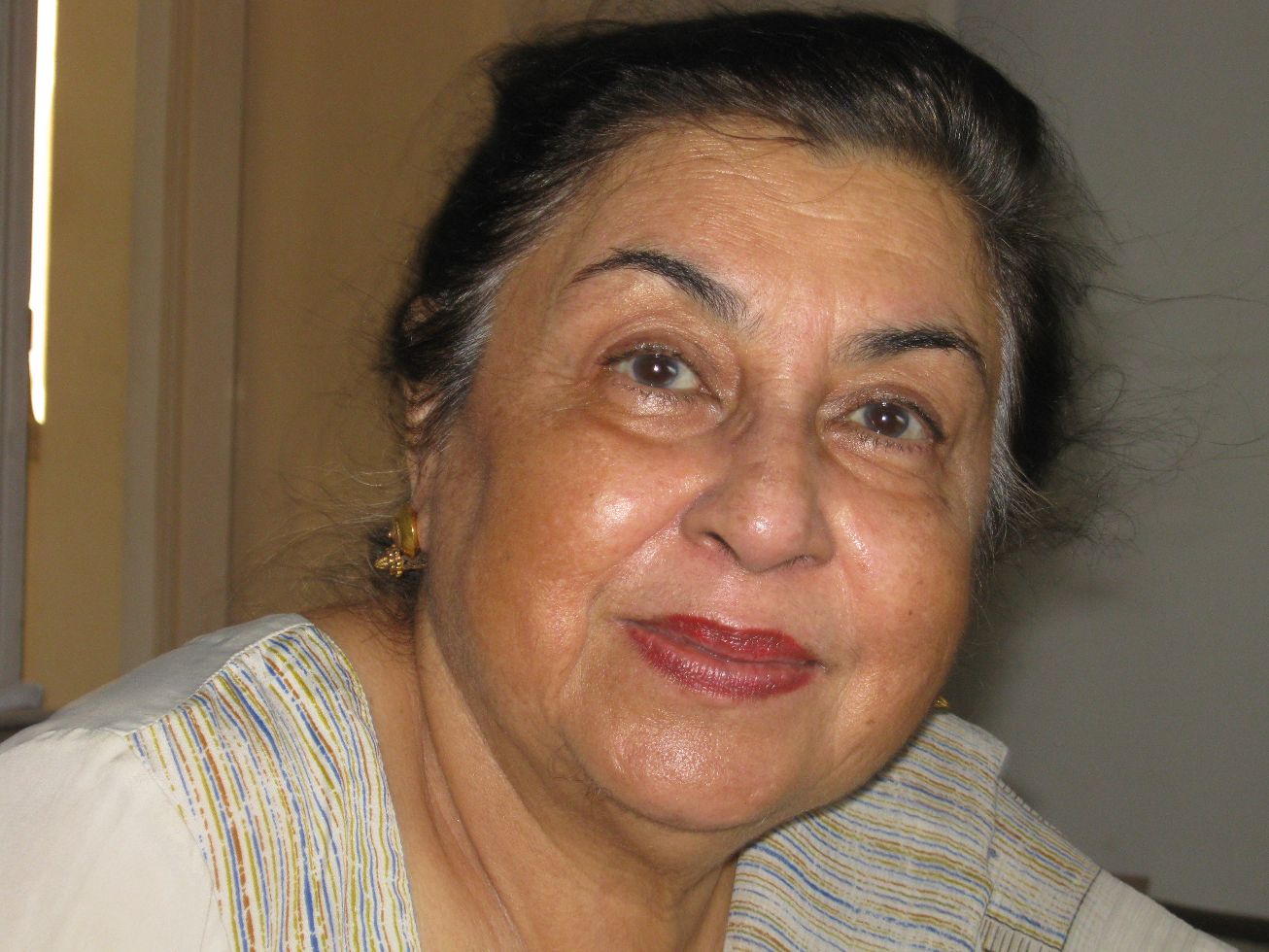 Actress Jabeen Jaleel’s name is well known to fans of Hindi cinema of the 1950s and 60s. Although she acted in merely 23 Hindi and 4 Punjabi films in her almost 20 year career, she made millions fans with her beauty and wonderful acting. This popular actress of the Golden Era of Hindi cinema is once again active in the field in the form of a producer.

Jabeen belongs to an illustrious and well educated family from Bengal. Her paternal grandfather Sayyad Maulvi Ahmed was the first Bengali Muslim to get the graduation degree from Kolkata University and her father Sayyad Abu Ahmed Jaleel was an I.C.S. officer during the British period.

Jabeen’s mother Dilaara Jaleel was also a well educated lady who had got Munshi Faazil’s degree. She hailed from Lahore’s famous Faqeer brothers family. These three brothers Sayyad Faqeer Nooruddin, Sayyad Faqeer Saeeduddin and Sayyad Faqeer Azizuddin were respected ministers in the court of Maharaja Ranjeet Singh. It was Maharaja Ranjeet Singh who had bestowed them with the title of Faqeer and their name is a part of Indian history. Lahore’s Faqeerkhana Museum is named after them. Sayyad Faqeer Azizuddin was the Foreign minister in the Maharaja’s court. Jabeen’s mother Dilaara Begum was his great granddaughter.

Jabeens first film Guzaara released in 1954 where her hero was Karan Dewan. The music of the film was composed by Ghulam Mohammed. Although the film was not very successful Jabeen managed to attract people’s attention towards herself. Her second film Lutera released in 1955 where her hero was Nasir Khan. She however got true recognition with her third film New Delhi where she played the role of Kishore Kumar’s sister Nikki. This 1956 release had veteran actor Prabhu Dayal, who was actress Nalini Jaywant’s husband, cast opposite her. Shankar Jaikishan had composed the music for the producer-director Mohan Segal in this film. It was a successful movie of its time.

Jabeen Jaleel was benefitted by the success of New Delhi. Towards the end of the decade, many films starring her released, including Char Minar (1956), Fashion (1957), Jeevan Sathi (1957), Hathkadi (1958), Panchayat (1958), Raagini (1958), Bedard Zamana Kya Jane (1959) and Raat ke Rahi(1959). Many songs picturised on her were extremely popular including Tum aur hum (Fashion), Madbhari yeh pyaar ki palken (Fashion), Ta thaiyya karte aana (Panchayat), Piya mai hoon patang tu dor (Raagini), Qaid mein hai bulbul sayyad muskuraye (Bedard Zamana Kya Jaane), Door kahin tu chal (Bedard Zamana Kya Jaane), Aa bhi ja bewafa (Raat Ke Rahi), Tu kya samjhe tu kya jaane (Raat Ke Rahi) and Ek nazar ek ada (Raat Ke Rahi).
In the 1960s, Jabeen acted in films like Batwara (1961), Khiladi (1961), Sachhe Moti (!962), Taj Mahal (1963) and Rajoo (1967). Her portrayal of Laadli Bano in Taj Mahal was quite appreciated. The Batwara song, Yeh raat yeh fizaayen phir aayen na aayen picturised on her and Jawahar Kaul is popular to this day. She also got the National Award for the 1960 Punjabi film Chaudhary Karnail Singh in which her hero was Prem Chopra which was incidentally his debut movie. Jabeen acted in three other Punjabi movies Kadi Dhoop Kadi Chhaon, Aye Dharti Punjab Di and Geet Baharaan De.
Jabeen got married in the year 1968. Her husband Ashok Kak was of Kashmiri origin and hailed from Jodhpur. He was the President of the Kodak company and was the youngest CEO of that time. He had completed his MBA from Pilani and belonged to an extremely educated family. He was a friend of Jabeen’s younger brother Asjed Jaleel. Jabeen says, "I am a Sayyad Muslim while Ashok is a Kashmiri Pandit. However, both our families were so liberal that religion did not play any role in our marriage. After marriage I acted in only one film Vachan which released in 1974."

After moving away from films Jabeen was active in social work also. When her son started attending a renowned Cathedral school, she became the Chairperson of the school’s Parent Teacher Association. While her elder sisters were settled in Pakistan, her younger brother had settled in the United States. They no longer had any relatives in India. Keeping in view their sons education and better future the family decided to settle in America. Due to the family’s regular visits to America, getting a green card was just a matter of time. The family moved to America in 1989.