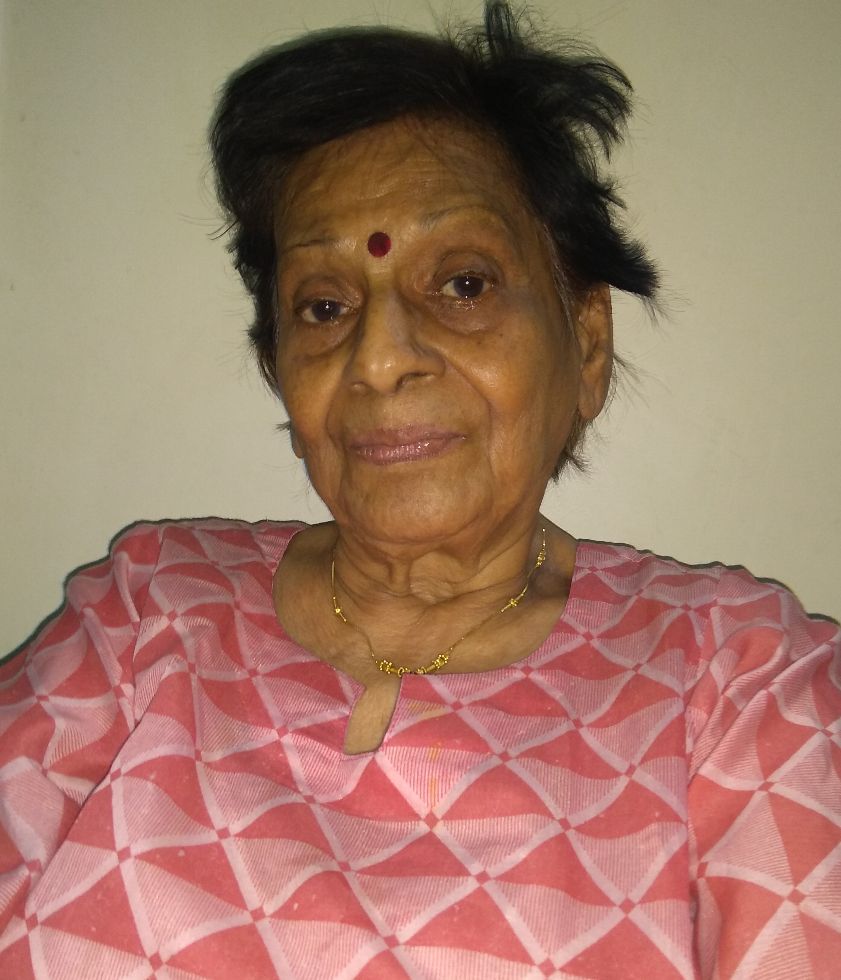 Heera Sawant! Her name may be unfamiliar to today’s generation, but the name is still fresh in minds of the film lovers who adore films of the 1950s and 60s. Heera Sawant was not only an excellent dancer but also an adept actress. She made her debut in Hindi films in 1940s, made her emphatic presence felt in around 120 films over two decades, produced a few films and with the changing times bid adieu to the arc lights of the film world.

Heera Sawant’s name can be seen in Beete Hue Din’s pillar, and the Kanpur resident Shri Harmandir Singh Hamraz’s five volume compilation, Hindi Film Geet Kosh volumes dedicated to the 1950s and 1960s.  This developed a natural curiosity in my mind towards knowing more about her. On the internet, sites like IMDB also have a treasure trove of information about her films. However, no information about her present whereabouts, condition etc. was forthcoming. The records of the Cine & TV Artists Association (CINTAA) also were unable to throw any leads in this direction which left me no option but to be silent while my curiosity lay unquenched.

One fine day, Beete Hue Din’s reader Shri Anand Parashar called me from Gwalior. Shri Parasher has a massive passion towards finding information about and contacting forgotten artists of the era gone by. I have also been a big beneficiary of the rare goldmine of information available with him. During a casual conversation not only did he discuss her but even gave me her telephone number! In this manner, my search reached its conclusion automatically without any further efforts by me! And very soon I was able to meet Heera Sawant and talk to her for Beete Hue Din, the sole credit for which goes to Shri Parasher to whom I owe my eternal gratitude for this.

According to Heera ji, one fine day, the producer Heeralal Patel and director Kulbhushan Agrawal visited her house. They had seen her performance in some play of Prithvi Theatre and were impressed with her work. They offered her the second lead in their film Hua Savera which marked the beginning of her film career. Hua Savera was made under the Jeevan Kala Chitra banner and had Sapru and Nayantara as its main leads. Its music was composed by Gyan Dutt and it was released in the year 1948.

Heera ji says, “I had never thought that I will work in plays or films. I got offers spontaneously and started working in them without any struggle by the grace of God. After Hua Savera I started getting many offers for films and as a result without planning my career I started doing whatever work came my way.”
Heera ji played the role of the heroine Rehana’s sister in the movie Sunehre Din (1949) and danced to two songs as well. Of these, Umangon ke din beete jaayen, Beet ke yeh din haath na aayen became very popular due to its fun filled catchy tune, wonderful choreography and fabulous camera work. Similarly her dance to Har Har Mahadev (1950)’s hit song Tim tima tim taare was also appreciated a lot. During this period many of her movies like Jai Shankar (1951), Nakhre (1951), Saloni (1952) and Rangeela (1953) were released. However, she got real recognition for her dance in the film Naag Panchami (1953)’s superhit song Aarti karo, Harihar ki karo, Natwar ki karo. After that her reputation as a danseuse par excellence got cemented with her performances in hit songs like Saari raat jaage jo tose nainwa (Barati, 1954), O meri saas ke ladke (Chakradhari, 1954) and Shama pe aake o parwane jal jal (Meenaar, 1954).
According to Heera Sawant, the decade of 1950s was very busy for her. During it nearly 75 films of hers released of which she particularly mentions the 1957 release Musafir fondly. Its song Tedhi tedhi humse phire saari duniya is particularly memorable because on screen with Heera Sawant we can see comedian Keshto Mukherjee and a harmonium playing lyricist Shailendra! This film marked the debut of not only Keshto Mukherjee but also of noted director Hrishikesh Mukherjee. Musafir is also the movie which marked the first and only case of Dilip Kumar singing a song in his own voice that was a duet Laagi naahin chhoote Rama chaahe jiya jaaye with Lata Mangeshkar. The same year the qawwali Mere dard-e-jigar ki har dhadkan picturized on Heera Sawant and Sheela Vaz in the film Nausherwan-E-Adil had also been a superhit. In 1958’s film Kala Paani which had Dev Anand, Madhubala and Nalini Jaywant playing the main leads, Heera Sawant played the role of a nautch girl who dances at a kotha. The film’s ghazal Jab naam-e-mohabbat le ke kisi nadaan ne daaman failaaya was picturized on Nalini Jaywant and Heera Sawant.
In her nearly 50 releases in the 1960s, Heera ji was seen on one hand in stunt and fantasy films like Daku Mansoor (1961), Gypsy Girl (1961), Jadoo Mahal (1962), Madam Zappatta (1962), Flying Horse (1963), Captain Azad (1964), Junglee Raja (1963), Khuni Khazana (1965), Shahi Lutera (1965), Lutera aur Jadugar (1968), Tatar Ki Hasina (1968) and on the other hand she was also seen in socials like Sasural (1961), Hamrahi (1963) and Tu Hi Meri Zindagi(1965), Her performance in the Lavni song Din baar baar yeh aaye in 1962 release Rashtraveer Shivaji was also very appreciated at the time of release.
Heera ji tells us, “In the early 1960s, I started toying with the idea of becoming a producer. I laid the foundation of my banner H S Films with the 1964 release Tarzan and Delilah. It had the famous actors of the period, Chitra, Azaad, Bela Bose and Master Bhagwan starring in it. Its composer was Robin Banerjee and director was A Shamsheer. After that I also produced two Marathi movies Shreemant Mehuna Pahije  (1967) and Aai Mi Kuthe Jau? (1972). After this, unfortunately my next Marathi film could not be released due to which I had to face a huge financial setback. This forced me to cease the production.”
Heera ji stays in Mumbai’s Prabhadevi area near the Siddhivinayak temple. As an actress her last movies Sakhi Lootera and Parion Ki Shahzadi were released in 1969. She says, “My relations with the film world had got severed nearly five decades ago. The only exception is the wife of director A. Shamsheer who is a good friend of mine and still in touch with me. After her husband passed away, she now resides in Ahmednagar. A. Shamsheer was a Bohri Muslim and I had acted in his films like Private Detective (1962) and Kala Ghoda (1963). He was also the director of the films I produced. I married into a Punjabi family. My late husband Sundar Arya was a businessman. Famous supermodel, actress and former Miss World - India Natasha Suri and actress-model Rupali Suri are the daughters of my brother-in-law (husband’s younger brother). Natasha and Rupali are like my daughters and are my support system. Now I am leading a happy retired life with both of them.”