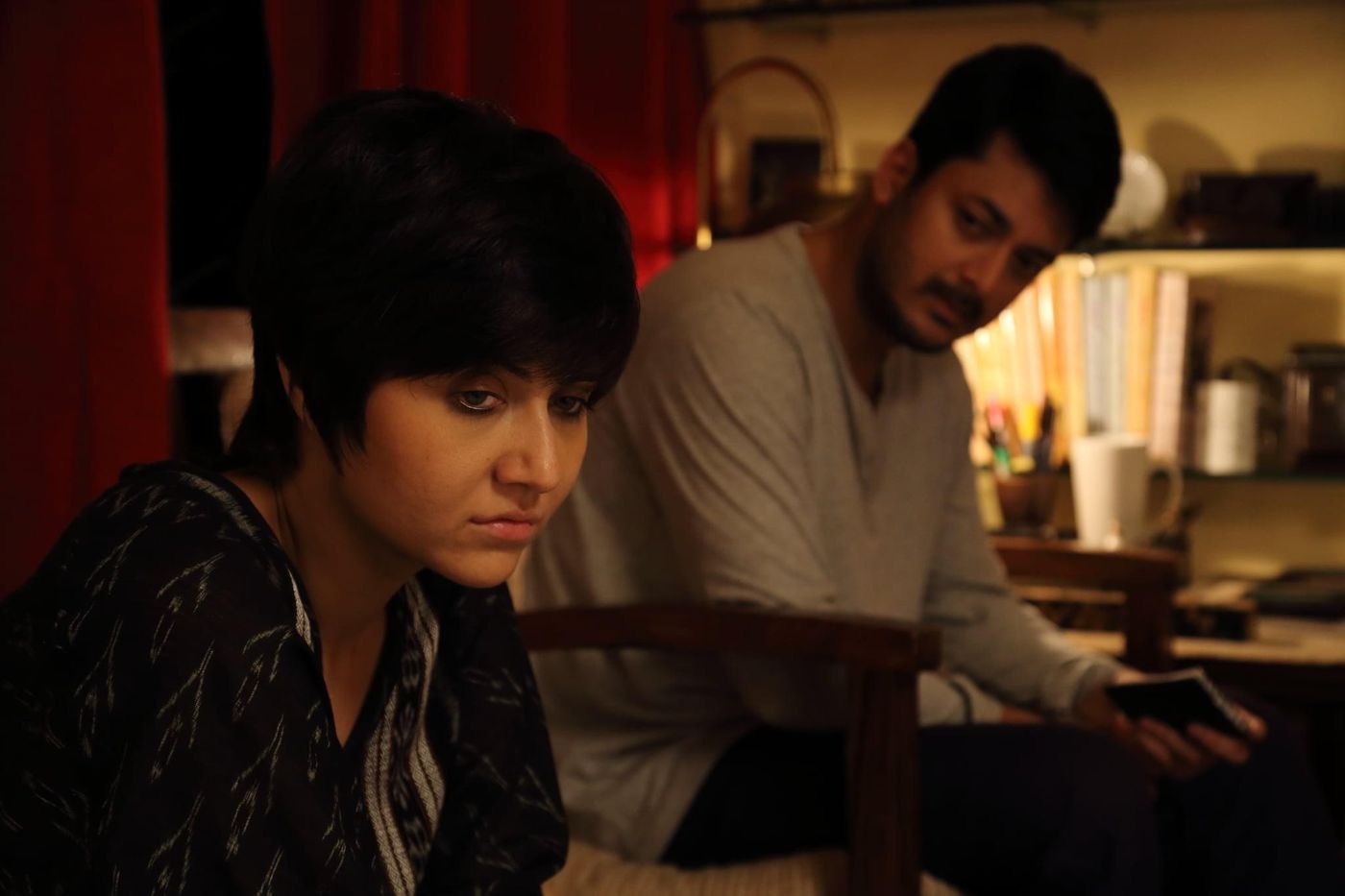 A journalist has two responsibilities: one, publish news; two, withhold news. Given what we have been witnessing of late, this particular statement made by Rajat (Anjan Dutt), the executive editor of a TV news channel, gives Shironam, award-winning art director and production designer Indranil Ghosh’s directorial debut, a contemporary resonance. When photojournalist Abhin Ray (Jisshu Sengupta) goes missing while on assignment in the insurgency-infested badlands, the powers-that-be in the newsroom deem it the perfect opportunity to milk the story for all its TRP and sensational potential.

With senior channel executive Sujit (Saswata Chatterjee) in tow, Abhin soon finds himself on his way to meet dreaded insurgent leader Ranchhorji, who has granted an interview. Thus begins what is Shironam’s most interesting segment, introducing Abhin, a rookie to the world of hard news, and the viewer to life in a region marked by insurgency. As the journalists make their way to the rendezvous, a dozen bananas and a copy of India Today in hand as required by the outfit for purposes of identification, Sirsha Ray’s cinematography captures the desolate expanse of a land where fear rules. The two are picked up from their car by a bike-borne contact and taken towards the designated hideout only to be informed that the interview stands cancelled thanks to renewed skirmishes between the administration and the insurgents. As Sujit and Abhin decide to wait it out at the local hotel hoping for an interview the next day, the latter embarks on exploring the region on his own, in particular an ancient temple.

The narrative takes a darker turn as Abhin loses his way and soon enough things begin to spiral out of control. One eye on TRPs, Rajat decides to give a newsy spin to his missing journalist, and Abhin’s ‘kidnapping’ is soon breaking news on all channels. Halfway through, the narrative is tantalizingly poised, as Indranil Ghosh returns to the sequence with which he began the film – the truck being flagged down at a police check post.

Despite the interesting structure to the film, which adds to the film’s intrigue quotient – in an interesting cut, we see a bangled hand on Abhin’s shoulder, and even as we wait, the action moves to a different scene altogether, thus heightening the tension – the narrative gets increasingly diffused, meandering through multiple strands. The personal trauma of Anandi, the media’s unscrupulous and sensationalist handling of the situation and Abhin’s travails, as news filters through of his presence in a red-light area in the region. The last act – including a gratuitously explicit sequence, with even a rendition of Monica, O my darling thrown in for good measure – is particularly jarring, despite Ankita Chakraborty’s scenery-chewing act, and as it stretches on, more or less fritters away the build-up till the halfway mark.