The All Important Scissor 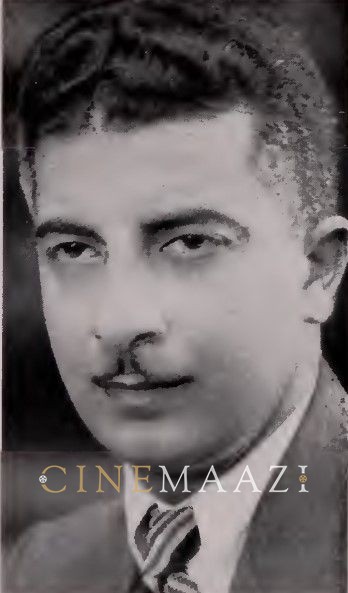 [Mr. Ezra Mir hardly needs any introduction. He has been a popular director and some of his outstanding successes like “Zarina” and “Nur Jehan” have left behind have left behind pleasant memories of beautiful technique and superb pictorial art. To-day Mir is a producer, but not in the sense some others are. He is still the sincere workman on the studio floors. Mir’s next is “Sitara” a Gipsy tale which he is directing and producing. Mir himself is an artist with the all-important scissor and when he talks of editing others must listen. - Ed.]

Editing is the basic root and foundation of film craft. Just as the heart is to the human body so is Film-editing to the motion Picture Production. It is the pulse beat of screen composition. Authors of literary masterpieces choose words and situations to create character and feeling. The sculptor moulds his masterpieces from junks of clay. So the film Editor with his thousands of feet of diversified action in celluloid form moulds his composition and by placing his strips of action and dialogue in such a manner in relation to one another that he imparts the breath of life by creating character and feeling to a series of photographed actions.

Editing is the basic root and foundation of film craft. Just as the heart is to the human body so is Film-editing to the motion Picture Production.
In the hands of a clever Editor the scissors assume fantastic proportions - lifting film Artistes to fame and glory, hurling others to their doom. How many sighs of deep regret and chagrin, abuses and epithets of all manner and description are hurled at that all important scissor.

The artiste moans- “I am ruined! My best scenes are cut off!” The cameraman groans- “Gosh! I took hours to fix the light on that set and it’s not there - it’s cruel!”  The Dialogue Writer sighs- “Oh! Where! Oh! Where are the results of my brain child? Night and weeks I have slogged and slaved to create those beautiful words.” The story Writer cries “That’s not the story I wrote! Where is that beautiful prose? Where is the gem of my literary masterpiece?” The Setting Master screams- “To think I have taken all the trouble to erect that setting - It’s scandalous! It’s preposterous!” Only the Film Editor shakes his head sadly and says “It’d to be! Friends, it had to be!”
The editing of a picture with thousands of feet of diversified action photographed on celluloid is like composting a beautiful poem or a literary master-piece, or like the sculptor moulding his statue out of a work of art so does the Film Editor mould his picture from the many thousands of pictorial action into a composite whole - to interpret the story of the author.


Forms of editing vary according to the type of story and its treatment, its temp and montage. In America Film Editing is a highly paid and specialized art handled by men and sometimes by women whose long and varied experience in this phase of the industry has imbued them with an intuitive and dramatic sense of balance and rhythm judgment, and tempo to interpret his art by clever manipulation of his scissors. The brains of these individuals are saturated with the principles and essentials which is known in film language as ‘Screen Sense’ - the result of years of practical experience.

Many of the leading directors in America to-day have risen from the ranks of film Editors because these men through years of toll and practice in editing scores of pictures in the cutting rooms have mastered the fundamentals of audience, appeal and the continuity of rhythm and balance in moulding screen dramas.

He Cuts And Erases


In India, practically all the directors edit their own pictures. So I sincerely advice those who aspire to join the ranks of film director in India to start from the surest seat of learning-the Editing room of the Studios. For remember and let me stress once again, that Film Editing is the root of all film knowledge.

To a director cutting sense in his work is a vital essential in his mixing of shots and angles in dialogues and movement of his characters the placement of new sequences intercutting with other scenes constituting a harmonious story into composite whole.

Film Editing is a very plastic science, each individual – Director or Editor have their own individual methods- but everything. Of course depends on the constructive imagination of the man behind the all-important scissor.

This is a reproduction of the original published in Film India, December 1938.
439 views