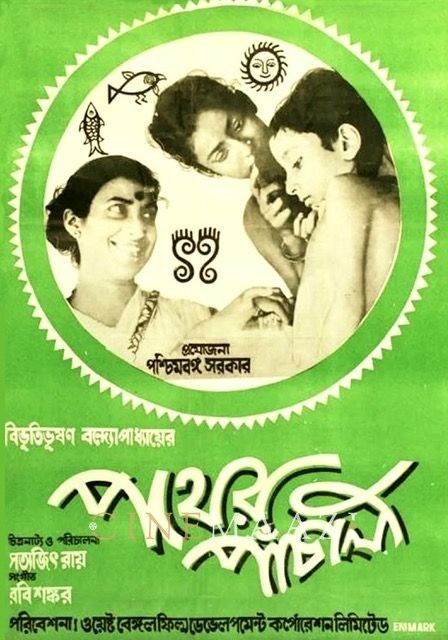 Satyajit Ray was born in 1921, the same year his illustrious father Sukumar Ray fell ill to the then-deadly disease, kala-azar. The senior Ray finally passed away in 1923, when Satyajit was two-and-a half years old. Satyajit grew up in his maternal grandfather’s home under the strict norms of his young widowed mother Suprabha. His introduction and acquaintance with his father had been primarily through the latter’s literary works, a reflection of which surfaced and resurfaced in a number of Satyajit’s later creative work, in cinema also in his fiction.

But the zenith of the father figure’s helpless cry comes in Jana Aranya when the father is significantly present in the narrative.
If we observe the course of Ray’s cinema, it is not surprising that the protagonists aged with Ray himself. It becomes obvious hence that the journey that started with Apu in Pather Panchali culminates in Manmohan in Agantuk, his last film. As if Apu took nearly four decades to become Manmohan, a childless father figure. Here, the ideological crisis of the protagonist is complete because, what loomed as a bleak future in the Calcutta Trilogy has now become an omnipresent reality that can never be shaken off. In his last three films, Ray’s father figures are helpless, distraught, subjugated to complete disenchantment with the societal practices in which they find themselves. It is no doubt Ray’s own personal take on the crumbling ideological world.

It becomes obvious hence that the journey that started with Apu in Pather Panchali culminates in Manmohan in Agantuk, his last film.
In the cinema of Ingmar Bergman, Ray’s personal favourite film-maker, the father–son dichotomy forms a very important aspect of his oeuvre due to Bergman’s own tumultuous relation with his father. Not only in the seminal works but even the final ones including Fanny and Alexander and Saraband, Bergman returns to this theme to depict the crisis of the human condition and the fallacy of social existences in face of emotional turmoil. Ray’s camera had always been non-obtrusive. His lack of personal experiences with his own father probably enabled him to desentimentalize the relation and elevate his vision from the psychological to a sociological plane.