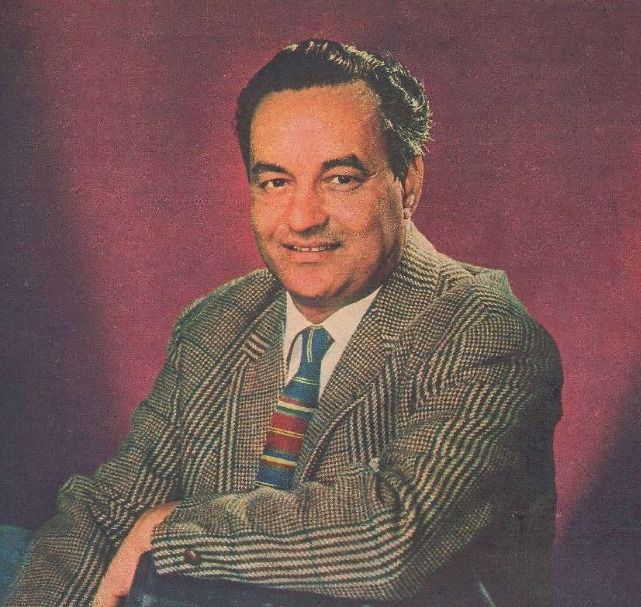 During my time in the seventies as The Times of India’s correspondent in Washington I was privileged to meet leading Indian artistes whose concert tours used to be organised by a friend of mine, Punita Bhatt. Inevitably there would be cocktail parties in their honour given either by the Indian Ambassador or the Charge d’affaires on the cultural attaché to which I would be one of the invitees.

Mukesh invariably was part of the Lata Mangeshkar team for whom I developed a special respect. He was gentle, low-key, almost humility personified, a trait that I greatly admired.

On one of his early tours I had invited him home for a drink, hoping to learn more about what it took to be a great playback singer. And he had said, “Not this time Madhavji, because our program does not allow us to have an evening outing. But we shall meet next year.”

And so we did. Once again I was attending a cocktail party and when I reminded Mukesh of his promise he seemed wholly delighted. “Let’s go right away”, he suggested. Punita Bhat was to join us.

Lata Mangeshkar was listening to our conversation when she turned to me and said in a serious tone: “Mr. Kamath are you taking Mukesh ji Home?” When I said yes, she said: “Will you do me a favour?” I said, “Sure, what is it?” “Please” said Miss Mangeshkar, “promise you won’t give him any hard liquor”. When I tried to protest, she went on: “Please Mr Kamath, just that favour. Mukesh has had a heart attack and shouldn’t be drinking...”

What a heart patient was doing on a very tiring concert tour disturbed me, but that was not for me to question. ‘Very well” I told Ms Mangeshkar, “I promised I won’t give him any hard liquor. No Scotch, certainly not”. I took Punita and Mukesh home to my apartment. As we relaxed for a quiet evening of talk I told Mukesh, “Sorry I can’t give you a drink, you heard me promise Lataji. Anything else but”. Mukesh smiled and said, “But can I have champagne? You know it is not a hard drink!”

“Let me see if any shop is open at this time of night. We might get something”. Saying which like a good hostess, she dashed out.

She was back within half an hour waving a bottle. “It isn’t champagne but should do. It is some sort of aerated wine and is popular with the young”. We shared it, but like a school master I refused to refill Mukesh’s glass after one drink.

Mukesh did not want to be taken out to a restaurant; he said he had enough of that sort of food. Could I provide him something Indian? I had sambar, raita, a couple of vegetarian dishes, rich and spaghetti and tomato sauce. Mukesh relished the food. On an earlier occasion at the Indian Embassy he had declined to entertain a request to sing, on the ground that there was no musical accompaniment. I reminded him of that.

“Ah, but you are different. I can sing for you!” he said impishly and asked for my favourite songs.

It was a pleasant, relaxed evening. Punita’s task was to chaperone him and take him home on time. I insisted they leave early, not because I wanted to, but because I did not want Ms Mangeshkar to accuse me of tiring Mukesh. While parting, he promised to come again next time. “And next time we can have a real drink together”, he said teasingly.

Next morning their party was to leave for Detroit, I think. Mukesh called to say thank you for a happy evening.

The day went on. Then evening came. I was making my dinner when the phone rang. It was Punita at the other end of the line. She said “Madhavji I have some bad news to give you.” “Why, has the concert been cancelled?” I asked, but something in her voice told me that news that the news was bad indeed. “Mukesh is dead” she announced.

I couldn’t believe my ears!

Then came news of how Mukesh had complained of pain and collapsed etc. It was a heart-breaking story.

That last evening with Mukesh I still remember vividly. That same gentleness. A certain innocence. There was no sense of doom. He felt taken care of. At home.

I sat down for a long time, unable to focus on anything, the dinner forgotten. It was only yesterday that he had sung for me.

This is a reproduction of the original published in Manek Premchand's Yesterday's Melodies Today's Memories, republished by Notion Press in 2018.

The accompanying image did not feature in the original article. 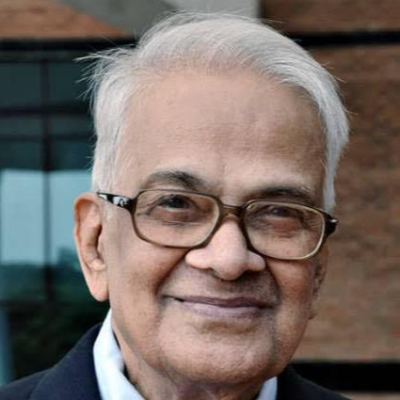 M V Kamath was a journalist and boradcasting executive. He was the chairman of Prasar Bharati. He was the editor of The Sunday Times (1967-69) and the Washington correspondent of The Times of India (1969-78). He also edited The Illustrated Weekly of India. He was awarded the Padma Bhushan in 2004.