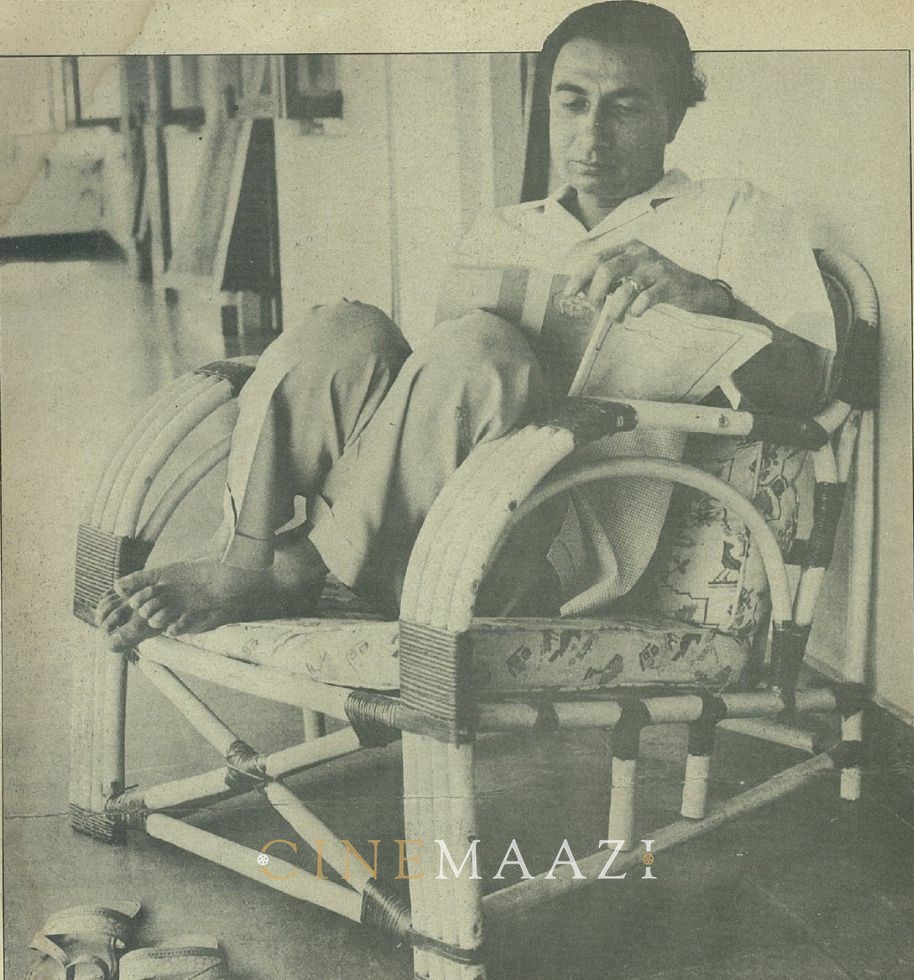 In what is called the ‘golden era’ of Hindi film music, Sahir Ludhianvi strode like a colossus, bigger than most of his contemporaries, his songs often articulating a film’s theme. If his most celebrated work in the 1950s – Pyaasa, Phir Subah Hogi, Naya Daur – defined the zeitgeist of the era, its socialist undertones and the eventual disillusionment creeping in with the state of the nation, in the 1960s, he wrote some delectable love ditties and ghazals. Zindagi bhar nahin bhoolegi (Barsat Ki Raat), Chalo ek baar phir se (Gumrah) and Tum agar saath dene ka (Humraaz) remain unsurpassed in the annals of Hindi film lyrics when it comes to conveying love and longing.

He was also a master of the philosophical statement, be it Main zindagi ka saath (Hum Dono), Agey bhi jaane na tu (Waqt) or Sansar ki har shay ka (Dhund). Fewer still have evoked the wonder of nature as beautifully as Sahir: Thandi hawayen (Naujawan), Yeh raat yeh chandni phir kahan (Jaal) and Niley gagan ke taley (Hamraaz). As Javed Akhtar mentions in his conversation with Nasreen Munni Kabir, ‘Sahir never allows you to forget the surroundings, the backdrop … he constantly juxtaposes the beauty of nature with his love for a woman.’ That is why his songs transcended the limitation of a genre.
In what is called the ‘golden era’ of Hindi film music, Sahir Ludhianvi strode like a colossus, bigger than most of his contemporaries, his songs often articulating a film’s theme.
By the onset of the 1970s, however, most critics of the Hindi film song are unanimous that the best was over, the golden era was gone. I find that debatable, because music and lyrics are influenced by the society in which it operates. A new generation was looking for a new sound and new modes of expression, and it is futile to lament that Tu Ganga ki mauj had given way Aap ke kamre mein or that Tadbeer se bigdi hui had changed to Aa dekhe zara.

Having said that, there’s no doubt that the last ten years of Sahir had few songs that matched those of his heyday in terms of sheer poetry, barring Kabhi Kabhie. A Wikipedia listing of his best 30 songs has none, barring two from Kabhi Kabhie, after 1970. At the same time, it is his songs that stand out in films that had little scope for the aesthetic Sahir brought to his work.

Here then is a look at five lesser-talked-about gems that music aficionados seldom discuss vis-à-vis this legendary poet. Interestingly, all but one of these were composed by the king of music who ruled the 1970s and ’80s, R.D. Burman, and all but one were sung by the new voice of the era, Kishore Kumar. Not surprisingly, four of these songs had the Chopras (Yash and Ravi) helming the film – a throwback to a relationship that went back to the 1950s.

Mera tujhse hai pahle ka naata, Aa Galey Lag Ja (1973)
Before Manmohan Desai got well and truly infected with the lost-and-found virus, he made what is his most atypical film. He has been on record saying that this was his personal favourite of his own films. The film’s music too is most unlike any of Manmohan Desai’s more celebrated blockbusters, with a rare emphasis on melody and poetry. Nothing epitomizes this better that Sahir’s exposition of the eternal connection that lovers experience: Tu aur main kahin milay thay pehle, dekha tujhe to dil ne kaha.


Maine tujhe manga, Deewaar (1975)
The film that defined the angry young man persona of Amitabh Bachchan, this is symbolic of the music scene of the era. A lyricist of the stature of Sahir had no songs shot on the film’s protagonist – unthinkable in the previous two decades when his songs defined the character of a film’s leading man and indeed its narrative. R.D. Burman had a falling out with Yash Chopra who, rightly in the interest of the narrative, got rid of a majority of the songs. Even the two that remain seem superfluous, though they have endured in memory. Of these, Maine tujhe manga again highlights Sahir’s intrinsic understanding of the duality of joy and sorrow: Chhanv ghani hi nahin, dhoop kadi bhi hoti hai raahon mein, gham ho ki khushiyan hon, sabhi ko humein lena hai bahon mein.