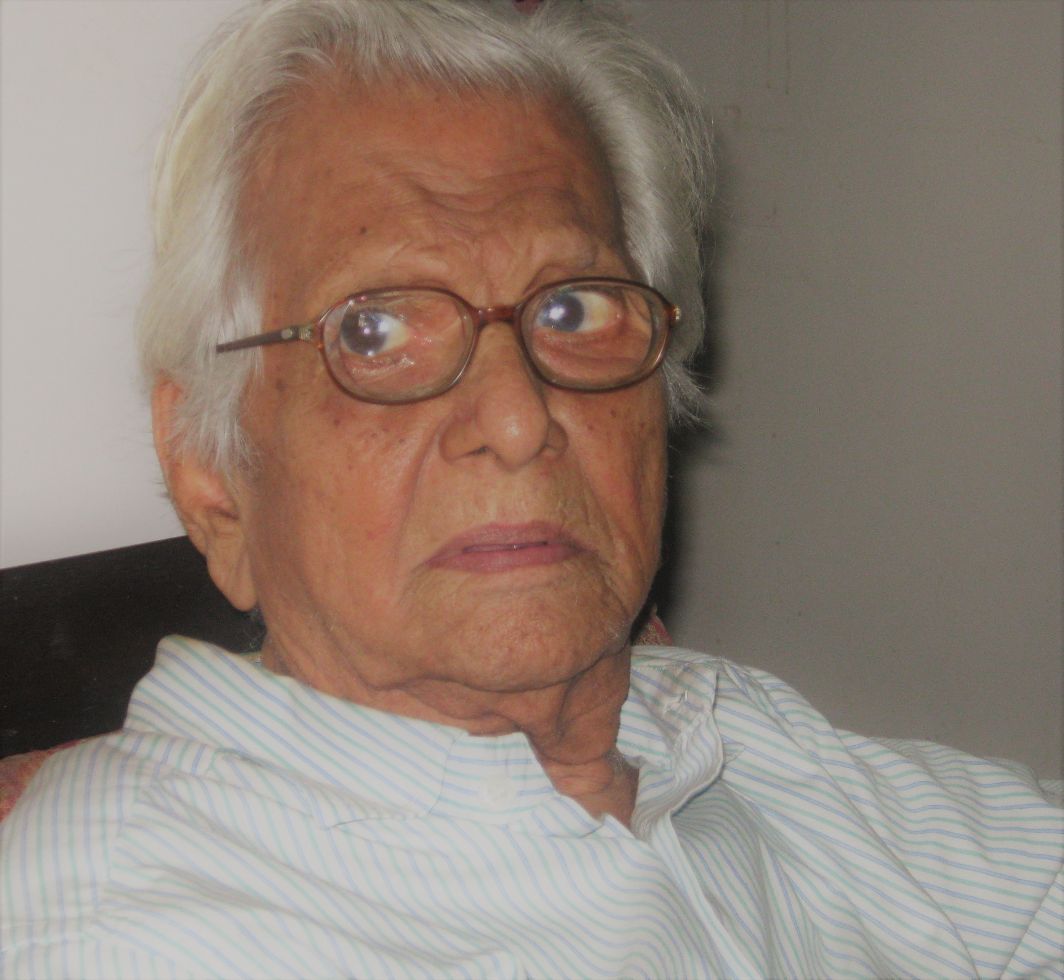 Non-Hindi speaking Parsis have made major contributions in the history of Hindi Cinema. In fact, the credit for laying the foundation of the talkies also goes to a Parsi. The first talkie Alam Ara which released in 1931 was made by producer-director Ardershir Irani who was a Parsi. The talkie film Shirin Farhad (1931) which had gone on sets earlier to it and whose release was delayed by a few weeks from Alam Ara had also been produced and directed by the Parsi owner of Kolkata’s Madan Theater’s J.J. Madan. Bombay Talkies’ composer Khurshid Minocher Homji alias Saraswati Devi, producer-director Sohrab Modi, J.B.H. Wadia, Homi Wadia, cameraman Fali Mistry, Jal Mistry, composer V Balsara, composer-actor Feroze Dastur and the actress Shammi are some of the Parsi personalities who have immensely enriched Hindi cinema. One such personality was Bahadur Sohrabji Nanji who was more popularly known as Bahadur Nanji. Bahadur Nanji, who entered film industry during th 1940s went on to create his name as an instrumentalist and arranger.

Bahadur’s singing career started with the movies of producer Hawewala’s company ‘Standard Pictures’ - known for making movies like Laheri Cameraman (1944), Rangile Dost (1944) and Bairam Khan (1946) -  where he was employed at a salary of Rs. 100 per month. However, he left the company after being rejected during the audition for Bairam Khan by its composer Ghulam Haider. Not just Bahadur even Mohammed Rafi had been rejected during that audition. However, both got opportunities to sing now and then elsewhere. His duet with Ameerbai Karnataki, Tumne pyaar sikhaaya mujhko, pyaara roop dikhaaya mujhko for the Husnalal-Bhagatram composed Bambi was quite appreciated during its time. This film which had gone on the floors in 1940s remained unreleased.
After getting rejected at the Bairam Khan audition, Mohammad Rafi also worked with Bahadur Nanji for HMV recordings as a chorus singer and their friendship continued till the death of Mohammad Rafi.

He also sang a duet Dekhoji baat suno humse tum aan milo with Mubarak Begum for the M.A Rauf composed movie Basera (1950).
With changing tastes in music, Bahadur did not get much success as a singer but he created a name for himself as an instrumentalist and arranger. He worked as an instrumentalist and chorus singer in HMV from the year 1946 to 1950. After getting rejected at the Bairam Khan audition, Mohammad Rafi also worked with Bahadur Nanji for HMV recordings as a chorus singer and their friendship continued till the death of Mohammad Rafi. Bahadur was proficient in playing the harmonium, organ, violin, viola and piano. According to Bahadur, he had played the organ for the Mumbai recording of the famous non-film song Preetam aan milo which brought recognition to composer O P Nayyar and singer C H Atma.  Bahadur worked with many top composers other than Nayyar like Shankar Jaikishan, Hemant Kumar, Madan Mohan and Roshan. Bahadur remembers, “I played the harmonium for Shankar Jaikishan for Seema (1955)’s song Humen bhi de do sahara ki besahare hain and Dil Ek Mandir (1963)’s song Yaad na jaaye beete dinon ki. I also played the piano for Seema’s song Suno chhoti si gudiya ki lambi kahani and the organ for Kahaan jaa raha hai tu ae jaane waale. For Naushad, I had played the organ for Baiju Bawra’s (1952) song O duniya ke rakhwale.

Bahadur worked with many top composers other than Nayyar like Shankar Jaikishan, Hemant Kumar, Madan Mohan and Roshan.

Bahadur was a good friend of HMV’s pianist Kersi Mistry. On his recommendation, Bahadur got the job of composer V Balsara’s assistant with a monthly salary of Rs. 100. He sang a duet with Nargis Rabadi for a Russian documentary Paradise of Stone. Nargis had gained recognition in movies with Malhar (1951) and is popularly known as the actress Shammi. Later V Balsara also gave Bahadur a chance to sing the solo Tune zindagi mein ek baar pi and a duet with Dhan Indorewala Yeh raat suhaani hai mohabbat ki karo baat in 1953 release Madmast. Dhan Indorewala was married to V Balsara. Mahendra Kapoor had got his break with Madmast. His first recorded song was a duet with Dhan Indorewala, Kisi ke zulm ki tasveer hai mazdoor ki masti.
On V Balsara’s suggestion Bahadur worked in Lucknow for a short time as an assistant to Datta Korgaonkar but returned soon to Mumbai. He was adept in writing notations of Western music. It was Bahadur who had written the notations for Anil Biswas’s Indo Russian Production Pardesi (1957) and Angulimala (1960). He had also sung a comedy song Sarkari sadak hai tera ghar to nahin hai under his composition sung with the composer’s sister and famous singer Parul Ghosh which was quite popular during its time. Bahadur worked with Roshan as assistant and arranger for 16 movies including Malhar, Shisham (1952), Anhonee (1952), Nau Bahar (1952) and Raag Rang (1952). For the movie Bhai Saheb (1954) he assisted Neenu Majumdar. Lata’s Roshan composed song Mere laadle hai meri dua … raja beta’ for the unreleased movie Raja Beta and C H Atma’s song for Bhai Saheb, Oonchi neechi dagar zindagi ki … manzil to hai badi door were very popular at the time. Other than these songs, Bahadur had done the arrangement for the famous Meera Bhajan Main Hari charnan ki daasi sung by M S Subbulaxmi. He was an integral part of the stage shows of composer O P Nayyar and had been the arranger for Nayyar’s movie Heera Moti (1979).
“My association with music is God’s worship which I have been doing since childhood and I will continue doing it till my last breath.”

Bahadur Nanji used to stay alone in Dadar (East)’s Parsi Colony’s Veema Dalal Road’s Hormadz building. I had interviewed him at his home in August 2011. His only son used to stay with his family on Napean Sea Road. Even at the age of 90 Nanji was hale and hearty and used to do all the household work himself. He was very fond of western music and was the proud owner of a very huge collection of western music records. He credited his long life and good health to music. He said that,
“My association with music is God’s worship which I have been doing since childhood and I will continue doing it till my last breath.”