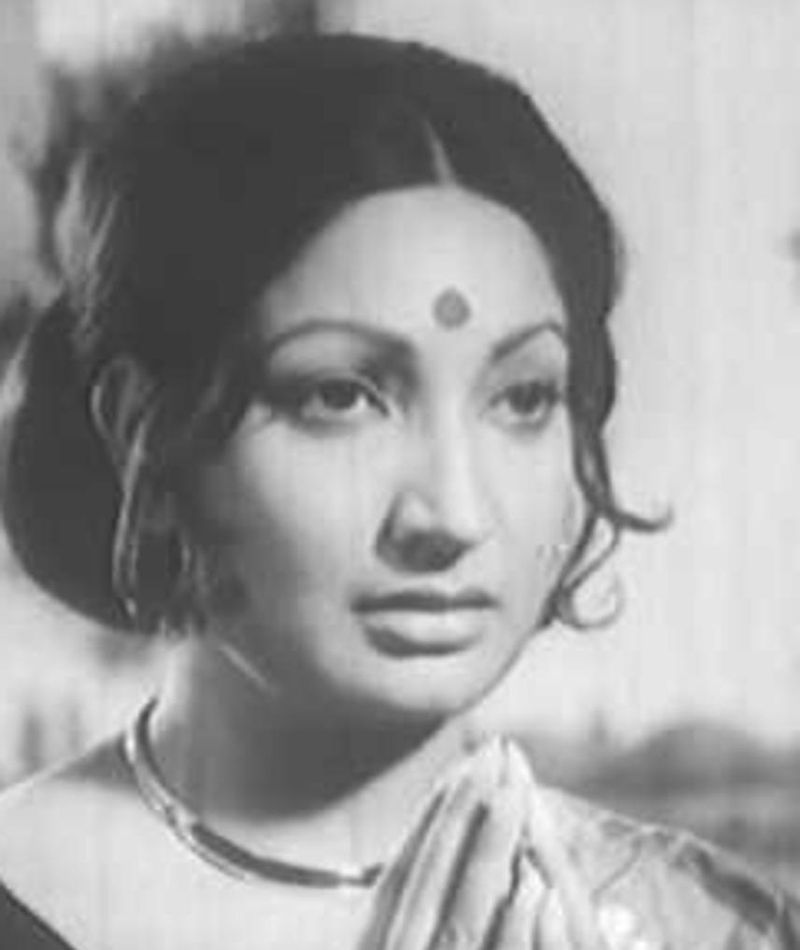 A few years ago, a pretty little girl, accompanied by her mother, used to visit the famous rose gardens of Tatanagar's Jubilee Park almost every afternoon and look with wonder-filled eyes at the blossoming roses of various colours. That little girl has now grown into a delicate beauty and is in her early twenties. She is Arati Bhattacharya, a new star of the Bengali cinema.

Arati Bhattacharya was born in Jamshedpur on November 8, 1959. She began her studies at D.M. Madan Girls' High School from where she passed her matriculation examination. Thereafter, she joined Jamshedpur Women's College and studied upto B.A. class. But she could not complete her studies due to her sudden departure from Jamshedpur.

When did you intend to become a film actress?

"Frankly speaking," Arati replied, "I had no desire to become a film star, but circumstances led me to seek a change in this line. When I was a school-girl, I dreamt of becoming a doctor. On many occasions I used to stand before a mirror and in the reflections I used to see a beautiful maiden with a stethoscope around her neck.

"During my school days I took part in many dramatic competitions and won several prizes. Here I appeared in a few stage-plays and received the best actress award on several occasions. This inspired me to take up acting as my vacation. At first I was a bit hesitant, but some of my friends who witnessed my performances, encouraged me to take a chance in films."

Encouraged by her friends and inspired by her acting ability, Arati Bhattacharya came to Calcutta with her mother in the hope of getting a 'break' in films. Once while she was meeting some of the local film producers and directors, a chance came to her all of a sudden. A film producing unit from Bombay came to Calcutta to produce a Hindi film and Arati was invited to play the heroine's role. Shooting went on smoothly for some days, but the unit had to wind up its activities due to certain unforeseen circumstances.

By this time Arati had passionately fallen in love with acting and the sudden stoppage of the shooting of her first film, Rewaz cast a gloom over her. However, the gloomy spell did not linger for long and she joined the professional stage and played the female lead in Nahabat at Rungmahal Theatre. Her brilliant performance was the talk of the city, at that time. Naturally, she caught the eyes of many film producers and directors, but before singing any contract she left Calcutta. She came back to Calcutta, after a year and a half. On her return to Calcutta director Mrinal Sen signed her up for his Hindi film Ek Adhuri Kahani(1972) to play the lead role in the film. The film, backed by the FFC is now complete. Her next assignments were two Bengali films, Stree (1972) and Picnic (1972). Both of them are now awaiting release. In yet another of her Bengali starrer she teams upto with Samit Bhanja. The name of the film is Jeevantai Natak. Arati Bhattacharya has come to the limelight before the release of any of her pictures. She is not quite well-known in Calcutta's film industry.

What type of characters do you generally like to portray?

"I have no fascination for any particular type of character. I want a good role and it should be serious. But I prefer to portray emotional characters."

Her favourite hobbies are painting, writing, cooking and reading. She is a voracious reader and finds much pleasure in reading Tagore's works.

Arati prefers to wear simple dresses of very light colours. She does not like ornaments. Her favourite flowers are golap (rose) and rajanigandha (tube rose). She is a keen student of Kathak style of dancing.

What is your opinion about the introduction of kissing and nudity in our films?

"I object to the introduction of kissing in our films, as it goes against our culture and social structure. But I am not against the depiction of scenes showing nudity in films provided scenes are done artistically and do not tend to become vulgar."

What will you do if you don't get any chance in films in future?

"I am not at all worried about that. If at all it happens most sportingly I would say good-bye to films with a smile on my face. I know short-hand and type-writing. So if things take turn for the worse, I shall become a stenographer."

Tall (she is five feet and six inches tall) and beautiful, Arati Bhatcharya is quickly climbing up the ladder of fame. She is ambitious, too. Her most cherished desire is to play a role in a Satyajit Ray film. And now that she is known to Satyajit Ray, it is only a matter of time.

This was originally published in Star & Style Magazine in the 31 January 1972 issue. It was written by Bijon Dutta. The images used are taken from the original interview.
989 views