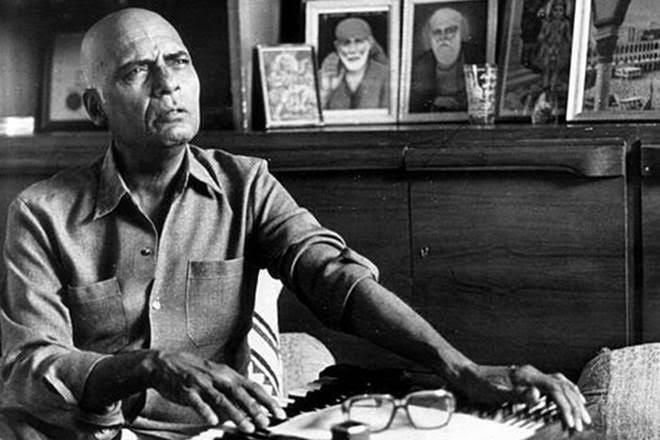 Difficult as it is to expound the legendary Khayyam within the realm of Hindi film music, ironically enough, it's also extremely easy to define the iconic composer. To understand his brilliance, all you need to do is to imagine a poet becoming a music composer, add some passion for literature, layer it with a profound understanding of the world around and what you have is Khayyam.

The late composer’s legacy includes scores for films that have become synonymous with Hindi film music such as Phir Subah Hogi (1958), Kabhi Kabhie (1976) and Umrao Jaan (1982), to name a few, and within these, there is a song for nearly every decade that Khayyam was active in that went on to nearly define the era.

The history of Hindi film music is peppered with doyens such as Naushad and OP Nayyar, who at the peak of his career could sell a film on the basis of just his name, and many under-appreciated stalwarts such as Jaidev, who despite being one of the most gifted and consistent composers could not attain the kind of success he deserved. In the middle of the spectrum lies Khayyam.

Born Mohammed Zayur Khayyam Hashmi in Rahon near Jalandhar in February 1927, Khayyam wanted to be the classical singer-actor in the mould of KL Saigal and was never interested in academics. Khayyam’s father tried to steer the young boy’s interest towards literature, poetry, and music but try as hard no one could dissuade him from the magic of the silver screen.

At the age of 11, Khayyam ran away to Delhi to his uncle, and although the elder chastised him, he nonetheless took him to Pandit Husnlal and Pandit Bhagatram where Khayyam trained for a few years. Interestingly, Husnlal-Bhagatram were the first instance of two composers working together in the late 1940s and later the two would go on to become a part of Laxmikant-Pyarelal’s orchestra. At 17, Khayyam landed in Bombay, but the teenager was too young, and the arduous struggle made him realise that he needed to learn more. Khayyam then went to Lahore where he became an assistant of Ghulam Ahmed Chisti, popularly known as ‘Chisti Baba.’

The next few years saw the penniless Khayaam leave music and join the British Army in order to make something of himself, but the lure of films brought him back to assist Chisti Baba. A few months before the Independence of India, he and Rahman, who was also an assistant to Chisti Baba, came to Bombay. Soon, Khayyam got to sing for his former gurus, Husnlal-Bhagatram and along with Rahman began composing music under the name of ‘Sharmaji-Vermaji.’ During the partition, Rahman decided to go to Pakistan, but Khayyam remained in Bombay and carried on composing under the pseudonym Sharmaji.

In 1952, when he got the chance to score for Footpath, lyricist Majrooh Sultanpuri along with a few other friends, urged the composer to use his real name. When the music of film became a hit with Talat Mahmood’s ‘Sham-E-Gham ki qassam’ topping the charts, Khayyam, as the world would know him, had arrived.

The unhurried manner in which Khayyam’s melodies worked their magic would probably be the single most significant aspect that set him apart.

Even though he enjoyed success and recognition, Khayyam never really did more than a handful of films. This has also contributed to the manner how the name ‘Khayyam’ next to a song has become a long-lasting memory. Khayyam’s penchant for literature made Sahir Ludhianvi pitch him to producer-director Ramesh Saigal as the possible composer for Phir Subah Hogi, a film based on Fyodor Dostoevsky’s Crime and Punishment because he had actually read the book. Legend has it that Saigal told Khayyam that the film’s lead, Raj Kapoor, whose name would have automatically given Shanker-Jaikishan the preference, needed to approve his tunes. When Kapoor, who first made Khayyam tune a tanpura to gauge him, heard the five compositions, he didn’t say a word and 45-minutes later Khayyam was informed that all his tunes would be featured in the film.

There is a certain calmness that permeates through the listener every time a Khayyam tune is played.

Even though Khayyam’s body of work through the 1960s, including Shola Aur Shabnam (1961), Shagoon (1964), which also featured ‘Gori sasural chali’ sung by Khayyam’s wife Jagjit Kaur and Aakhri Khat (1966), had what the trade considered a prerequisite — success — the change in the zeitgeist did not suit Khayyam.

The action ‘Angry Young Man’ phase saw Khayyam and Jaidev, perhaps the most under-appreciated composer in Hindi film, reduce their output or limit themselves to a few filmmakers and genres. Towards the late 1970s, Khayyam and Sahir teamed up for Yash Chopra’s Kabhi Kabhie (1977) and what emerged went on to redefine the composer’s oeuvre. The two instances where Sahir’s poetry truly became the fulcrum of a film were Pyaasa (1957) and Kabhi Kabhie, but many believe that while Pyaasa could still be imagined without SD Burman’s music, Kabhi Kabhie without Khayyam’s music wouldn’t be half the film it is. This is testimony to what ‘Khayyam’ means.

Following a comeback of sorts post-Kabhi Kabhie, Khayyam went on to compose some of this most memorable scores for Trishul (1978), Noorie (1979), Thodisi Bewafaii (1980), which featured Kishore Kumar at his sublime best in ‘Hazaar rahein mud ke.’ Khayyam never really followed the norms of the trade and this is the reason that he could think of using Mukesh and Yesudas as the voice for Amitabh Bachchan in Kabhi Kabhie and Trishul.

Similarly, his decision to make Asha Bhosle sing in a slightly lower scale than her usual in Umrao Jaan (1982) is the stuff of legends. It is believed that Asha Bhosle initially refused the offer but once she heard the new tonal quality of her vocals, she thanked Khayyam for ‘improving her singing.’ Both Bhosle and Khayyam won their first-ever National Award for Umrao Jaan. The year that saw the release of Umrao Jaan, 1982, was the same where Khayyam came up with the other excellent score of his life, Bazaar. The film’s soundtrack often makes it to nearly all lists of all-time classics and features evergreens such as Lata Mangeshkar’s ‘Dikhayee diye yun’ and ‘Phir chiddi raat’ where Lata Mangeshkar was accompanied by Talat Aziz, who was introduced to films by Khayyam in Umrao Jaan’s ‘Zindagi jab hi teri bazm mein.’ He is also the man behind Razia Sultan’s ‘Ae dil-e-nadaan’, a song that immediately became a milestone in Lata Mangeshkar’s career.

The innately melodic nature of Khayyam’s compositions were not limited to his film works. His private albums with Meena Kumari (‘I Write, I Recite’[1971]), his ghazals with Begum Akhtar — ‘Yei na thi hamari qismet’ and ‘Woh jo hum mai tum main qarar tha’, his best-selling album This is Mohammed Rafi — that came about after the legendary singer’s brother asked the composer to create something special for his throat — are much more than what many composers achieve in careers with longer spans.


This article first appeared in Firstpost on August 20,2019. https://www.firstpost.com/entertainment/khayyam-passes-away-legendary-music-composer-marched-to-his-own-beat-and-thats-what-set-him-apart-7192981.html