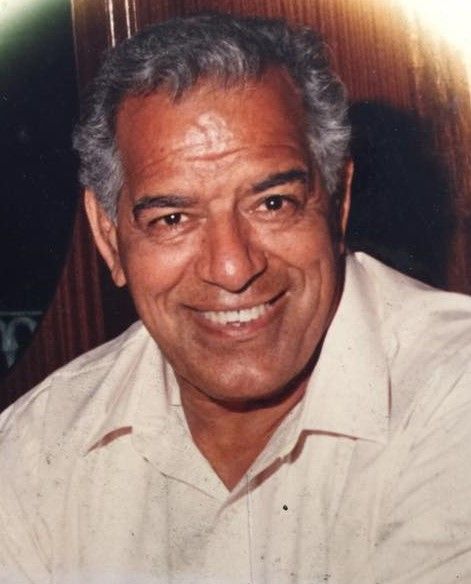 Till the age of 5-7, ‘Dara Singh’ used to be an adjective for us. During fights we used to tell each other, ‘Are you a big Dara Singh?’ or ‘Don’t try to act like Dara Singh!’ At that time, we did not know what or who is Dara Singh. For us it meant that don’t show too much attitude. When we grew up, we understood the reality of the words ‘Dara Singh’ and understood why the name was used as an adjective. With time after hearing stories related to Dara Singh, we had a larger than life image of his in our minds. When I took membership of Cine and TV Artists Association (CINTAA) after coming to Mumbai then during the Association’s General Body Meeting I saw him sitting on the stage for the first time. After that I met him on one or two occasions in CINTA’s office but these meetings were mere exchange of pleasantries. And then one fine day I was sitting beside him at his house at Juhu’s A.B. Nair Road interviewing him for my Hindi weekly Sahara Samay’s column Kya Bhooloon Kya Yaad Karoon.

Dara Sing belonged to a farmer’s family from Dharmuchak Village in Amritsar District. He was born at his maternal home on 19 November 1928 in Ratangarh. He was the elder among two brothers. According to him, due to the dwindling shares over generations, not much land was left with the family and as a result his father and paternal uncle used to often go to Singapore to make a living. Till the age of 18, Dara Singh remained in the village to carry out farming activities along with being an amateur wrestler. In 1947 he went to Singapore along with his uncle. His real name was Deedar Singh Randhawa. En route to Singapore, at Madras (Chennai) port, his name was simplified to Dara Singh in the documentation. He was to become famous with this name later.

In 1947 he went to Singapore along with his uncle. His real name was Deedar Singh Randhawa. En route to Singapore, at Madras (Chennai) port, his name was simplified to Dara Singh in the documentation. He was to become famous with this name later.
Dara Singh recalled, ‘The sport of wrestling was much loved in Singapore. There were two famous Akharas (wrestling clubs) named Happy World and Great World there. Seeing my height and build and inclination towards wrestling, people encouraged me to become a professional wrestler. I worked as a masseuse for a Ustad ji at Happy World for six months but did not get any wrestling opportunities at all. Then one-day Ustad Harnam Singh ji of the Great World Akhara accepted me as his disciple. I was unable to arrange the required diet on my own but this issue also got sorted out, thanks to the Punjabis staying in Singapore.’

After three years of hard work Dara Singh first won the Malaysian Championship in 1950 followed by wrestling in Indonesia and Burma. Real fame came to him when he defeated famous Hungarian wrestler King Kong in Sri Lanka in 1951. He became the Indian Champion in 1953 after defeating Tiger Joginder in the finals of the championship which had featured bouts between 150 wrestlers which went on for nearly 3 years continuously. After that he won the Commonwealth Championship and in 1968, after defeating an American wrestler, he became the World Champion. Before this, the only Indian wrestler to win this award was wrestler Gama Pehelwan. Dara Singh retired from wrestling in 1983. He had held the title of world champion till then.

Dara Singh’s entry into films was sudden and unplanned. In Pehli Jhalak (1954), there was a scene in which Om Prakash dreams of wrestling with Dara Singh. Dara Singh neither had to act nor speak any dialogues. As a result, the scene was okayed without any difficulties. Nearly six years later, for film Bhaktraj (1960), He got an offer to wrestle with Dada Bhagwan. However, this time he had 4-5 small dialogues to speak.

Dara Singh married twice. His first marriage took place at the age of just 9 years in 1937. However, he later got divorced from his first wife. His son Pradyuman Singh from that marriage was born in 1945. Pradyuman started his acting career with Ramanand Sagar's film Aankhen with a character named Akram. He played the lead role with the stage name of Shailendra opposite Sonia Sawhney in the movie Bandish (1969). This was the debut film for singer Jaspal Singh who later became famous for his songs of the movie Geet Gata Chal (1975). Pradyuman had also played a role in Ganga Tera Paani Amrit (1971). He now lives in Meerut where he owns a farmhouse.


Dara Singh’s second marriage took place in May 1961 with Surjit Kaur Aulakh of Amritsar. He had three daughters Kamal, Loveleen and Deepa as well as two sons Virender Singh and Amreek Singh from this marriage. Virender Singh is also an actor and is famous as Vindu.


Dara Singh’s younger brother Sardara Singh also entered films after gaining fame as a wrestler. He was known by the stage name Randhawa. He was married to Mallika, the younger sister of actress Mumtaz. Randhawa and Mallika’s actor son Shaad Randhawa appeared in a few films including Woh Lamhe, Aawarapan, Aashiqui 2 and Mastizaade.