Lenny (MAIA SETHNA), is an eight-year-old Parsee girl who is growing up rich in pre-partition Lahore in 1947, enjoying the warm, enveloping life that loving parents and filial household staff of four brings. Lenny travels daily to the nearby Queens Gardens with her beautiful Ayah (nanny), Shanta (NANDITA DAS), a young Hindu woman with the kind of curves an smile that ensures a constant supply of eager male suitors.
These men are a mixed bunch: Hindus, Muslims and Sikhs, and similarly the staff-members serving Lenny and her well-heeled family are happy collection of the religious groups represented in India. t is an entirely pleasing world, peopled by her beloved Ayah, Imam Din, the genial cook (KULBHUSHAN KHARBANDA), by Dil Nawaz, (AAMIR KHAN), the Ice Candy Man, a rogue, who is Lenny's hero, by Hasan, the Masseur, who invents oils made from pearl dust and fish eggs, (RAHUL KHANNA), and also by her precious Cousin, Adi.
When the film opens, the British are finally preparing to quit their empire in India and the searing process of splitting British India into Independent India and Pakistan is about to begin.
For Lenny, the trouble first appears in her Lahore home when a quarrel erupts between Mr. Singh (GULSHAN GROVER), Sikh neighbour and Mr. Rogers, a British Inspector General of Police, who have come to dine with her parents. This argument is pasty compared to the ones being carried out between people of different sects all over Lahore. Bitter words metamorphose into slogan shouting mobs and arson. Angry Hindus storm through Lahore one day, and angry Muslims the next. Still, it is all far enough away from Lenny's uneasy but untouched home where her mother, Bunty (KITU GIDWANI), teaches her to waltz and Ayah's crew of admirers continue to meet in the park as before.
Then the serious killing begins. Hindus and Sikhs attack Muslims; Muslims attack Hindus and Sikhs. The savagery is thrust into Lenny's idyllic world. Lenny is with Ayah and a group of Ayah's admires outside the servant's quarters of her home when troubling reports of violence around Gurdaspur in India begin coming over the radio. Whilst the group, gripped with fear, listens to the radio, Dil Nawaz, the Ice Candy Man, waits for his sisters at the Lahore Railway Station. The train from Gurdaspur finally arrives with all the Muslims men and children killed, and four gunny sacks filled with women's breasts. The massacre sets into motion events that turn Lenny's world upside down. From the rooftop of Dil Nawaz's tenement, Ayah and Lenny see Sikhs slaughtering Muslims, Hindu butchering Muslims and Muslims burning Hindu alive.
The once charming Ice Candy Man turns into a near madman, one of the many roaming the streets of Lahore with vengeance and murder on their minds. The Muslim Masseur, Hasan, the only voice of reason amongst Ayah's admirers, implores the group of friends to "stand by each other". A love affair between him and Shanta, the Ayah, blossoms amidst the carnage and Lenny is privy to this fragile relationship between a Muslim and a Hindu.
Lenny's family is spared the slaughter because the neutral Parsees are not part of the politics and the bloodletting. But a Muslim mob arrives one day at their front gate. The family will not be touched, but the move wants all the Hindu servants and that includes Ayah.
The destruction of innocence by desire and greed wearing the grab of religion and nationalism was the price of this sectarian war. 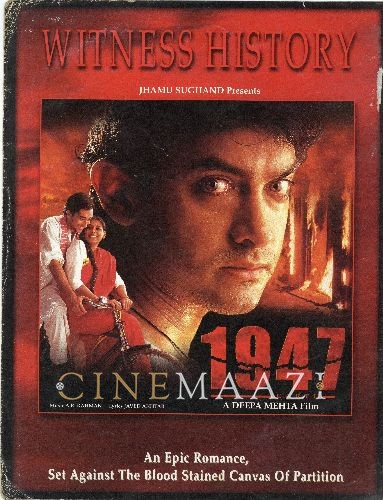