The film was based on a popular folk tale about a sinner in saint’s garb, who had the princess Chintamani under his control and how he uses her as the pawn to achieve his goals.

A magician (M.R. Saminathan) wants to become all-powerful (Ashtamasithi) and prays to obtain such powers. He was told that if he can achieve the sacrifice of  1000 men, he shall achieve such supreme power. As he cannot achieve this feat on his own, he works out a plan. Princess Chintamani (V.N. Janaki) is the elder daughter of a king. Due to her intelligence knowledge and interest in various arts, she is referred to as “apoorva Chintamani”. The happy king encourages her to learn more. The magician comes to the kingdom in the garb of a saint and becomes Chintamani’s teacher.  Gradually, he brings her under his control and manipulates her to achieve his goals.

When she attains marriageable age, the magician advises that she should get an equally knowledgeable man and hence asks her to organize a contest whereby three peculiar questions will be asked to the aspiring grooms; those who fail to answer will be beheaded. Since only the magician knows the answers,  he is sure that he can behead 1000 prospective grooms who fail to answer and thus achieve his target of 1000 sacrifices.  The justification for the killings is to prevent leakage of the questions to other contestants.  Chintamani agrees and also convinces her father for the contest. The first to be sacrificed happens to be her cousin, who is keen to marry her. In this manner, she kills  999 people, which includes six elder brothers of a prince  (P.S. Govindan). He decides to take revenge on Chintamani when he comes to know about the killings and comes to her kingdom with his friend and assistant (Kali N. Rathnam). They decide to find the questions and their answers before venturing to meet Chintamani.  In this process, the prince falls in love with Chintamani’s friend  Sengamalam (S. Varalakshmi).

Through her, he learns the questions. He goes to various countries, finds the answers, and brings the people involved with him to Chintamani’s palace. He answers the questions and wins the contest. Along with that, he also exposes the game plan of the magician, who gets killed by one of the kings affected by him. The prince advises Chintamani to marry her cousin who was keen to marry her and marries her friend Sengamalam.

The film was remade in Telugu under the title  Sahasra sirachedha apoorva chantamani  in 1960 by the same producer Modern  Theatres and was directed by S.S. Lal – S.D. Lal starring Rajanala, Prabhakar Reddy,  Relangi, Jamuna, Girija, and Jaggaiya as the hero. The film was a big success in Telugu.  The Telugu version was dubbed and released in Kannada and became a success there also. 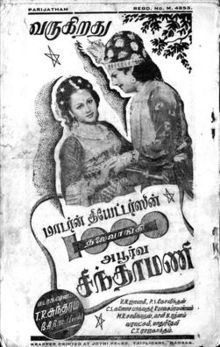 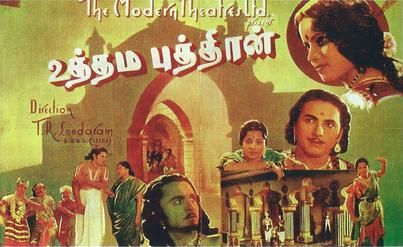 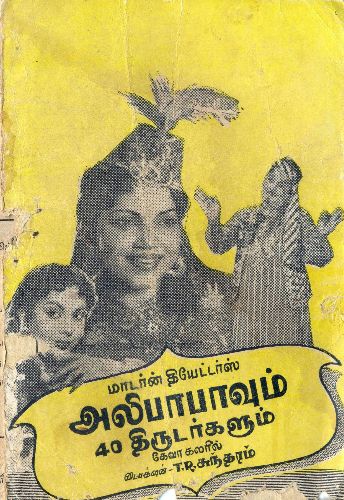