This was adapted from a play written by Ku Sa Krishnamurthy which was later staged By T K S Brothers Drama Company, a popular theatre company of the Forties. The film tells the story of a prisoner in the notorious cellular jail in Andaman Island. It also has a reformist slant.

Ponnambalam swindles his sister’s property and kills her husband. She along with her son, Natraj, and daughter, Leela, escape the communal holocaust in Karachi during Partition and arrive in Madras on the eve of Independence. Ponnambalam gets Nataraj out of the way by implicating him in a criminal case and marries Leela who pretends to be insane. When he comes out of Jail, Nataraj kills Ponnambalam and is sent back to the prison. The marking of this film was supervised by K Subrahmanyam.

The story is told in flashback as Nataraj narrates it to a fellow-prisoner. The film opens with newsreel footage of Independence showing people running in panic. Nataraj’s flight is shown by interweaving enacted sequences with real footage. Trains arrive loaded with refugees in Nilokheri station and you see Nataraj scrambling into the train with mother and sister.

The film was made at a time when the labour movement was starting to gain ground in India. Nataraj joins the trade union movement and becomes an office-bearer. Though he talks of “the fire of revolution”’, he dissuades workers from striking because it would affect the growth of the movement.

The story was bowdlerized to suit the film's version and it was prudent to jettison much of the radicalism when plays were adapted for the screen because the stakes in a film were much higher. Leela a widow, is remarried but care is taken to tell the audience that she had remained a virgin by pretending insanity. Nataraj marries a rape victim but the child dies, which makes it convenient for everyone.  Nationalistic overtones, a hangover from the Forties, was amply evident in the film. The villain, a British loyalist, contributes to the war found and is awarded the title of Diwan Bahadur. The film also upon unemployment and laments the shortage of food. The song, Anju ruba nottu (Five rupee note) was quite a hit and so was poet Bharathi’s Kaani nilam vendum ( I want a piece of land) which was also featured. However, a lengthy dance sequence, quite unconnected with film, hampers the flow of events.

M G Ramachandran as Nataraj does not dominate the film. Contrary to his saint-like image in later films, Nataraj even commits a murder in this film. 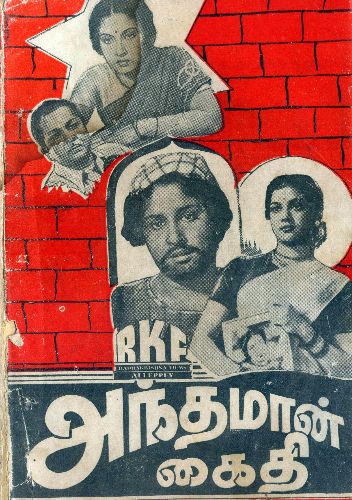 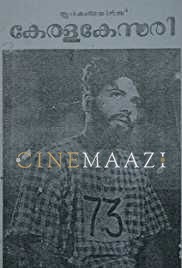 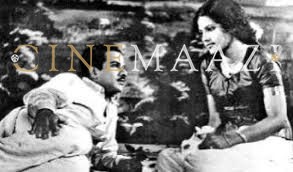