Dharampur a small state, is being ruled by Dharmaraj peacefully. In the welfare of the people the rulers have created a secret treasure, to be utilised if a necessity arises.

Raghubir, a cousin of Dharmaraj usurps the throne and in that attempt kills the Zamindar and his wife. Before his death, the Zamindar tells his trusted lieutenant Raibahadur the secret where the treasure is hidden. Raghubir attempts to rout out the whole dynasty of the Zamindar. Raibahadur makes two lockets and puts the secret of the treasure in two halves enclosed in each locket. He wears one and he puts the other in the prince's neck. Raibahadur is chased by Raghubir's men. The wounded Raibahadur goes to Keshavlal another trusted friend. Before medical aid could be brought by Ganga Keshavlal' son, Raibahadur breathes his last. Before he dies, he gives his locket to Keshavlal who in turn gives it to his son Ganga for safe custody.

Raghubir's assistant Jaggu comes enquiring about Raibahadur and kills Keshavlal's daughter and takes Keshavlal a prisoner, when Ganga is away from home.

Ganga is now in search of his father and the killer of his sister. He meets Somnath on the way. Somnath also has a grouse on Sethupathi.

Ganga in his attempt to trace his father meets Rakhi a young girl who has been parading as a boy.
In Raghubir's camp, there is inter rivalry. His henchmen, Jaggu and Chandu try to trace out treasure for themselves. Ganga tries to win the confidence of Jaggu and commits a theft of temple gold. With all good intentions he wanted to return the same to the temple but it is missing when the opportune moment came.

Rakhi helps Ganga and they both fall in love. Raghubir by his crooked ways, manages to get hold of the two lockets and knows the secret of the treasure. Raghubir and his assistant Jaggu lay hands on the treasure.

Rakhi is none other than the princess, who was found missing for a long time. Ganga and Rakhi are happily wed and they all live peacefully. 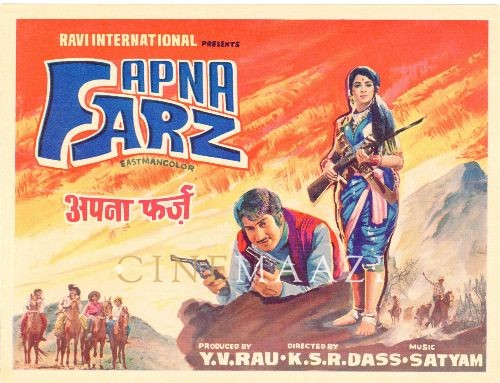