A childless couple finds an abandoned baby in a basket floating in the river. Since they are rich and childless, they raise her in wealth and pomp and name her Avvai. She becomes popular for her poetry at the age of six. When she grows up, she gets upset with her parents’ plan to get her married, as her focus in life is not to lead a normal married life but to pray and sing in praise of Lord Vinayaka. When the parents finally fix her marriage,  she prays to Lord Vinayaka to convert her into an old woman to escape from the marriage (as no man likes to marry an old lady). Lord Vinayaka obliges; when everyone comes looking for her, they get shocked to see her transformed into an old woman and understand what had happened. Avvai becomes Avvaiyar (K.B. Sundarambal).

Avvaiyar leaves her parents’ village and visits many places preaching Vinayaka’s greatness through her songs. She also solves many problems of the people en route. Impressed by her devotion, king Paari and his two daughters (Angavai and Sangavai) request her to stay at the palace for some days. Avvaiyar, impressed by their hospitality, blesses them.  She continues with her journey and solving people’s problems. After a long time, she once again comes across the two princesses, but they are in ordinary dress and living in a hut. She comes to know that their father Paari’s enemies (kings Cheran, Chozhan, and  Pandian) killed him cunningly when he went for a peace discussion and imprisoned the  Army Chief Deiveegan (Gemini Ganesan), who was to marry the two girls.

Avvaiyar approaches the three kings who were the slain king’s former friends and requests them to release Deiveegan. But they refuse as they feel that they were insulted by the slain king by not allowing them to marry his daughters.  Avvaiyar gets angry with their refusal and personally goes to rescue Deiveegan. When she prays to Vinayaka, he sends many wild elephants, who destroy the enemies’ fort and prison and bring Deiveegan to the forest where the girls live.  When Avvaiyar organizes Deiveegan’s marriage to the girls, all the three kings come to attack Deiveegan and the girls. Avvaiyar prays and the earth splits into two, giving them no chance to come to their side. The kings realize their mistake, apologize, and seek her blessings. They also attend the marriage of Deiveegan with Angavai and Sangavai and bless them.

With her mission over, Avvaiyar then moves to another place where a boy asks a funny question, to which she is unable to give a convincing reply. Then the boy reveals himself as Lord Murugan whom Avvaiyar worships. Murugan says that Avvaiyar’s earthly purpose is over and she can now leave the world to her divine abode. 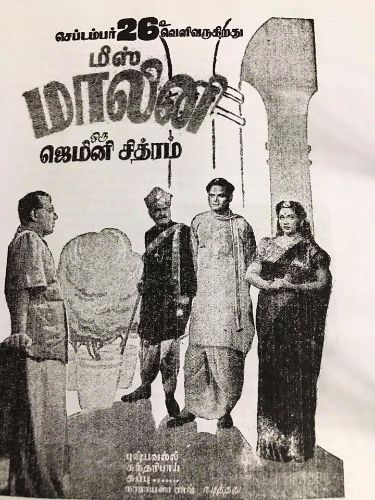