It is a story of a magnanimous and loyal police officer, his selfish and narcissist wife and a kind but helpless waitress. This story is a battle between magnanimity, true love, selfishness and narcissism in which, according to the natural law the real and selflessness conquers.

Ram (Sunil Shetty) is an honest police officer who is a very brave but at the same time he is very expert in nabbing the criminals without the help of any weapon. One of his specialities is that he keeps his words given to others. He runs his house on whatever salary he gets and is content, complacent.

On the contrary, his  wife Manthara (Archana Pooran Singh) is very unhappy with her husband's such behaviour as he does not accept bribe and earn more money. She wants to maintain herself like rich people but her weak economic conditions does not allow her to do so. To satisfy her personal needs she is working in a beauty parlour - unwillingly and due to all these frustrations she does not care for her family, does not attend on her husband and care for the daughter Antara (Baby Erum).

One night Manthara's father comes in her dream and tells her to buy a lottery ticket of her marriage anniversary date. Ram is told to buy the ticket. He buys the lottery ticket but he does not get the marriage anniversary dated ticket. After buying ticket he goes in a restaurant where he does not have money for the tip to give to the waitress Piya (Priya Gill) after paying the bill. He offers the lottery ticket as her tip bought by him and promises her that if he wins the lottery, he will give her half of the money and if he doesn't, he will come tomorrow and give her half of the lottery ticket price as her tip. Manthara gets angry with Ram as he had bought wrong numbered ticket but incidently they win the first prize of the lottery bought by RAm of Rs. 5 crore. Ram somehow persuades Manthara and gives 2.5 crore to Piya as her tip as he had promised her. Piya draws towards Ram's such generosity, and starts loving him inwardly. After getting the news that manthara has got Rs. 5 crore, one of her beauty parlour customers Mannubhai (Paresh Rawal) who is a fraud approaches Manghara and tells her to make a big budget film so that she can earn a lot of profit and can be richest woman. Manthara as greedy she is and has already an attraction of films, gets attracted towards Mannubhai's device and Mannubhai in the name of film's expenses, starts taking money from her.

On account of Ram and Piya's good luck, kindness and generosity they become very famous and popular. On the other hand, Manthara starts going away more and more from her husband and daughter failing prey to Mannubhai's attractive device.

As the story progresses, the distance between Ram-Manthara gets widened and between Ram-Priya shortened. Antara also feels very close to Piya and at the same time, Piya also loves Antara like a mother. The closeness between Ram and Piya grows upto such an extent that the mass media presents it as love and illicit relationship.

Mannubhai takes advantage of this news and suggests Manthara to take divorce from Ram and also eggs her on to claim the 2.5 crore which had been given by RAm to Piya as tip. The matter goes to the law. Piya is convicted for seducing Ram for money and his giving 2.5 crore tip is proved to be a premediated plan and consequently Manthara gets right on the controversial tip money. Piya feels insulted due to lawyer's insulting remarks and goes away from Ram and Antara. But Ram and Antara feel very sorry about her separation. They find Piya after 2-3 days search. Piya holds herself responsible for Ram's such bad condition and wants to stay away from him. Ram-Antara convinces Piya that it was not her fault and persuade her to be with them. Their economic problem also is done away with a reporter's indirect help who was watching and criticizing all these incidents. Munnabhai drives Manthara out after swallowing all her money. Ram gets married to Piya and the trio, Ram, P:iya and Antara start their new life happily. 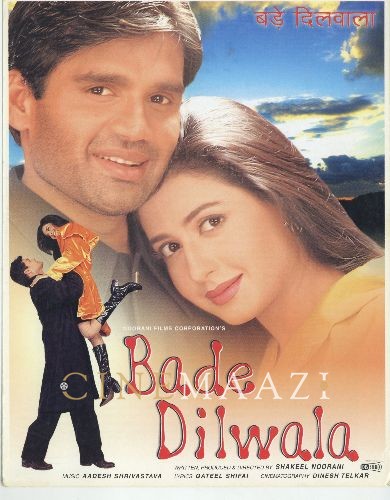