Ajay Mukherjee is the leader of the boys of his village because of his smartness and courage. His mischievous pranks, however, makes him the terror of his neighbours who complain about him the terror of his neighbors who complain about him to his guardian (Bipin Gupta). The guardian has a sneaking admiration and affection for the boy but bows down to his friends' demands to punish the boy. But even severe punishment does not curb the boy's enthusiasm and at last his guardian is compelled to send him away to a boarding school in the hope that the school discipline will mould him into a studious and quiet boy.

Smartness, however, must invariably come out and, even in the school, Ajay becomes the leader in no time. His intelligence and courage result in the boys of the school making him their leader.

One the very first day in the school, one of the bullys, Ganesh, plays a scurvy trick on Ajay with the result that he is beaten by the class teacher severely for no fault of his. In spite of his punishment, Ajay refuses to bend and this only results in further cementing the loyalty of his school mates.

Shakti, a lame boy, whose mother is a widow working as a maid servant, is the brightest boy in the school and remains on the top of his class. He is unable to participate in the school games because of his crippled condition and his only activity is to sit on a swing and watch his colleagues play. Ajay notices Shakti's lameness and the two very soon become fast friends.

The superintendent of the school hostel, Nanda Babu, is not only an inefficient person but also a bully who wants the best of everything for himself and the worst of everything for the students under his care. He does not look after the boys properly-even the food being of a very miserable character. One day, goaded by the hostel students, Ajay and a friend go to Nanda Babu and lodge a complaint against the cook for serving bad food. But Nanda Babu ignores the complaint; not only this, he reprimands Ajay. Ajay then decides to take a matter into his own hands; secretly he puts lots of salt in all the dishes prepared by the cook specially for Nanda Babu. Obviously this spoils the superintendent' dinner and the cook gets this share of bad treatment. All the boys are very happy at Ajay's success and they enter into a conspiracy to drive away the selfish Nanda Babu from the hostel.

The new superintendent, Shekhar (Abhi Bhattacharya) is a man trained in modern methods of educating students. Being a stranger, however, he receives the same treatment as Nanda Babu from Ajay and his friends. But he sees through the boy game; is not angry, however, and tries to guide the smartness behind these pranks into useful channels. All the boys take to him and very soon there is a very happy atmosphere in the hostel with Shekhar as a friend, philosopher and guide of the students.

In school studies as well, Shekhar introduces new trends and methods. His colleagues who belong to the old school of thought, do not like the persuasive methods of Shekhar. They continue with their theory: "the more you beat them, the better they be". The old fogies anonymously complain to the inspector of schools about the new teacher and the inspector goes on a surprise visit to check on this. Instead of being convinced about the complaints against the new teacher, he is very much impressed by his methods and encourages him to carry on with his new work. So Shekhar continues with his new system-he tries to create and interest in the boys for their country, give them latitude, mixes freely with them, introduces games, picnics and excursions. During one of the excursions, the boys are taken to places of historic interest like Jallianwalla Baug. Thus, the boys begin to take an interest and even pride in their country. The school celebrates national festivals like Gandhi Jayanti and there is a lot of free mixing between Shekhar and the students.

Ajay, even though tamed to great extent by now, still has a lot of mischief left in him. And, he is the arch plotter behind the complete spoiling of his school drama arranged by Shekhar in which all the boys are taking active part. Ajay puts itching powder in the costumes of the actors, spreads the same on all the seats arranged for distinguished visitors and sets off crackers beneath the stage when the performance is reaching its climax. The principal of the school is furious at the disgrace that follows and decides to banish Ajay from the school. But Shekhar intervenes with a request that the boy should be given another chance.

Ajay again commits another serious error in a football game. When he is fouled by a boy of the opposite team, he lashes out and seriously injures the opponent. For once, even the patient Shekhar loses his temper and suspends Ajay for one week and follows it up by demanding from the school boys a complete boycott of Ajay. Feeling very much humiliated at the boycott, Ajay packs up his bags and decides to go away. The last person to whom he bids farewell is his most intimate friend, Shakti. The latter tries to persuade him not to leave but Ajay, unheeding goes away.

On his crutches, Shakti follows, calling Ajay. Because of his lameness, he is able to make only slow progress and at the junction of the road, he is caught between a truck and a motor car. In trying to avoid the former, he is thrown into the centre of the car and immediately run over.

Ajay hears the crash and runs back but only to find Shakti very seriously injured and unconscious. In the hospital to which he is immediately taken, Shakti regains his consciousness just for a few minutes-just enough time to get a promise from Ajay to go back to school, reform himself and try to become the first, both in his studies as well as in sports. Shakti then dies and Ajay feels that his loving friend's passing away is entirely due to him. He goes back to school, miserably, unhappy and repentant. When all his colleagues are fast asleep he studies by candle-light and is determined to keep his promise to his dead friend.

Shekhar notices the change in the boy; surprises him at his night studies and guides him in all his difficulties. When the school annual comes, it is noticed that Ajay has walked away with all the prizes.

Having kept his promise, Ajay is still unhappy because Shakti is no more. He takes all his prizes to the room where he has kept an enlarged photograph of Shakti and, and with tears running down his cheeks, he tries to tell his dead friend that he has kept his promise to him. It is here that Shekhar finds him later and the two find consolation, comfort and happiness in each other's company. 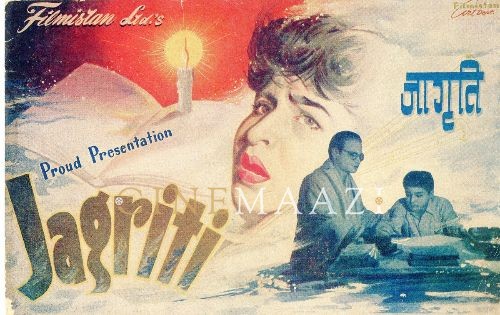 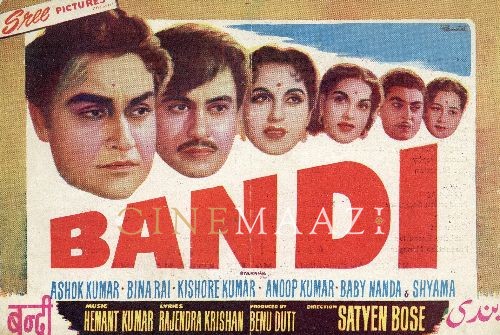 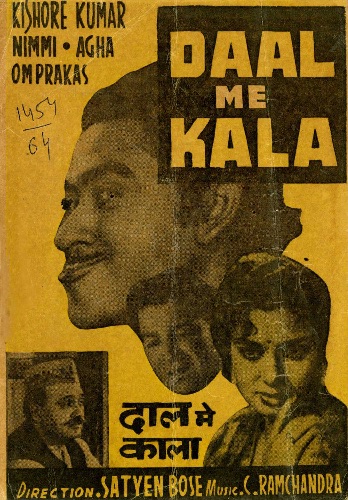