Is everybody bound to translate into action everything and anything which he has said or professed in public? It may be the moral code for a few, it may be a high ideal to follow but it is not the way of the world indeed.

And so it was with our Chimanlal, an aged son of an old father. He thundered in public meetings, grew eloquent before women, and wrote loaded articles in the press in praise of the delicate gender. But he could not show courage to meet his dying wife. And in front of the fire of her funeral pyre Chimanlal was engaged with another girl. The father and son both laughed with great delight.

The news was conveyed to Kusum, who was the bride to be of Chimanlal by yet another suffering young lady of the town. She was Jayakumari, married eight years ago to Kantilal and who had refused to stay under the same roof with her husband when she found out that this was a man with the habit of misbehavior and that there was no chance of his recovery. Kantilal once enamored of the beauty of Jayakumari did promise to stay in a brotherly way with his own wife, but on the day he tried to take marital liberties, she fled away from his home. Kusum who gathered all relevant information from Jaya now decided to oppose her marriage with Chimanlal and when she failed to persuade her parents she tried her best to plead before Chimanlal to give up this idea of marriage. But Chimanlal had no ears for such advice and was pleased even to be despised by this woman.

Madhusudan, a youth-leaguer working for social emancipation, came to know of all this trouble and he also tried to persuade the parents of the bride and bridegroom. But he was insulted at both places.

He condemned this betrothal in a public meeting and threatened to take direct action if the nuptials were not canceled. Several youths of the town gathered around Madhusudan to give their services if Kusum could be saved. They became furious when their persuasions could not prevail upon the respective parents and Madhusudan was severely beaten down in trying to avoid the conflict. Kusum fainted at this sight. Then her father came to his senses and refused to give his daughter in marriage as long as she was unconscious.

Now came the question of prestige for the gallant Chimanlal. A hunt for a bride was made on the spot, no matter if she were lame or humped, deaf or blind, and a girl he got right enough who could not listen to him even if she would.

But Madhusudan was summoned before the Panchayat to apologize, which he refused. He was threatened expulsion from his community, and he retorted by resigning from a dishonorable body. Now, he had no charm in staying on in the town. So he packed up and went to Bombay, where he can get a job and forget the town squabbles Jayakumari, at the request of the Panchayat returned to her husband again reiterating the old conditions to which Kantilal agreed. He tried to win over her in his slovenly ways but failed to achieve his object. Lastly, he came to his patience's end and tried to force Jaya into conjugal slavery. The fine spirit of Jaya refused to submit and again she fled, this time coming to stay with Madhusudan.

This brought fresh trouble for Madhusudan, for the neighbors objected to allowing him to keep a female guest with him and Kantilal got him and Jaya arrested under false pretests. So, they were dragged in the court of law.

What happens to innocent people who bravely face the incongruities of societies is always a matter of great suspense to us. Our sympathies are naturally with the honest, peace-loving, noble-minded men and women who maintain the courage of conviction to the end. But we, as members of society have a duty to know why the innocent have to suffer and why they are forced to raise the standard of revolt. This is reproduced for us in Madhusudan, so that we may know and grow wiser by experience. So let us see it on the screen. 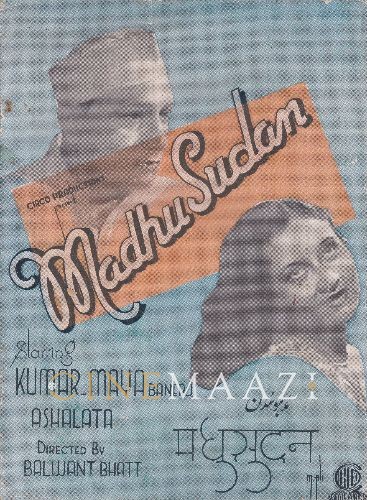 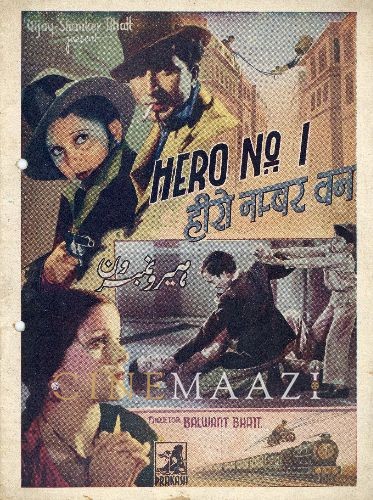 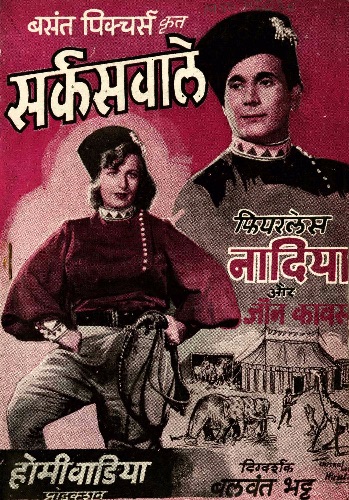 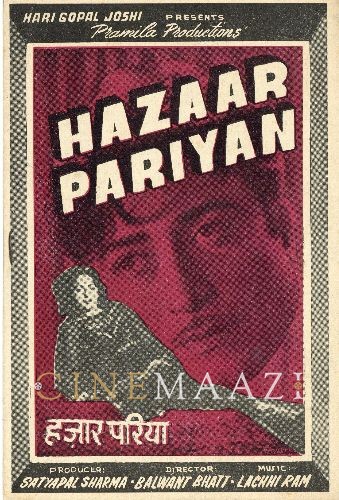