Pardesi Dhola is the story of an upper middle-class family. The mother is traditional woman while the father has adapted himself to the modern world. The son and the daughter represent the modern age, in fact they are rebels. Pardesi Dhola relates to the conflict between the two schools of thought: the traditional and the modern. The invalid mother moves to a sanatorium and thereby provides an opportunity for the son Rajinder (Rajinder Singh) and daughter Manjula (Anjana) to live a life their parents would never approve of. Manjula takes a fancy to a Lieutenant (Chaman Lal Puri) while Rajinder loves a village girl Pagli (Ramola). The Lieutenant is on his way to the war. The parents disapprove of their marriage but Manjula marries the Lieutenant secretly.

Rajinder carries on his romance with Pagli, whom he finds refreshingly different from the women he met so far. A visually challenged uncle (A S Gyani) is her guardian, he gets to know about her affair with the town boy and disapproves it. Rajinder’s father also comes to know about this romance and disapproves it. But the lovers remain inseparable.

Meanwhile, the mother’s medical condition gets worse, Rajinder becomes a bundle of emotions. He is tossed between duty and love. Ultimately duty keeps him that night by the side of the mother, while under the lamp-post, Pagli stays up all night and waits for him. During the night, Lakhoo meets Pagli’s Chacha and asks him for Pagli’s hand. The uncle refuses on the ground that she is too young, whereupon the village boy and his companion at first try to lure him with money and then beat him to death as a penalty for his impertinence. Lakhoo and Shikra (A. R. Kashmiri) roll the corpse in a mat and carry it for burial.

It is morning, Pagli returns home and misses her Chacha. She and her brother search for him in vain. Later they meet Lakhoo who gives her the stick her Chacha used  and tells her a made-up story of her Chacha committing suicide because of her shameful affair with Rajinder. In another part of the village, the uncle is being buried. The people who were about to bury Pagli’s chacha soon find out that he is still alive.

Meanwhile Rajinder rushes from the bed side of his ailing mother to Pagli to apologize for not meeting her the previous night. He finds her alone and offers her shelter and protection in the town. She agrees. Pagli’s Chacha returns home and finds his nephew and niece have vanished.

After a few months, the Lieutenant’s wife Manjula becomes pregnant. She could not reveal her marriage to her parents and delivers a baby in a nursing home. She summons Pagli, makes her promise not to tell the truth to anybody and asks her to hand over the child to its father when he returns home. Pagli agrees and arranges for the protection of the baby. Thereafter Manjula dies. One day when Pagli visits the baby, Rajinder accuses her of infidelity. She could not prove her innocence because of her promise to Manjula. This confirms the suspicions of Rajinder about her chastity and they part.

Pagli’s Chacha finds his way to the town and Pagli and her brother meet him accidently and they all return to their village. Lakhoo meets them and as if to atone for his past sins he promises to work and live for them but gossip finds its way and their reputation is ruined so they migrate to another village.

Rajinder’s father also gets disturbed because of the disappearance of his daughter and the strange behavior of his son. Soon things clear up when the Lieutenant returns from war with glory. He learns about his wife Manjula’s death during childbirth and the part Pagli played in protecting their only child. The family rushes in search for Pagli after learning about her supreme sacrifice. 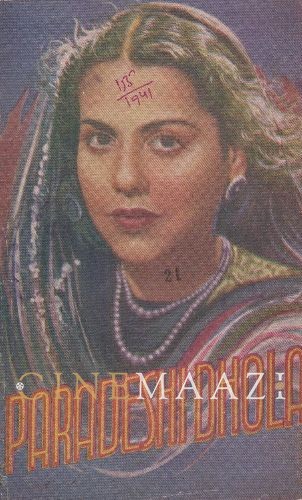 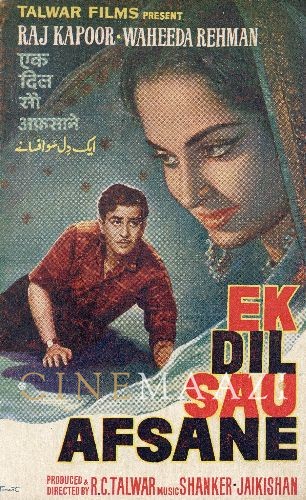 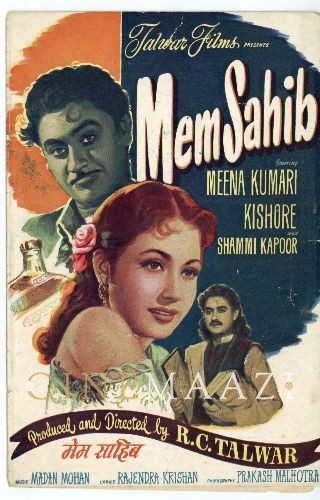 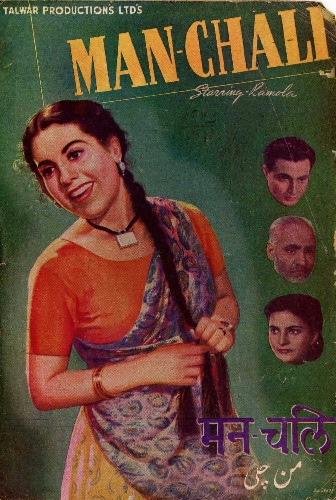