Throughout the length and breadth of our country, Meera, the saint-queen of Mewar, is known for her great devotion of Lord Krishna. Born at Medta as daughter to a chieftain named Dadooji, her course of life changed when she received in her young days an image of Girdhari from saint Rohidas. Day by day, her devotion blossomed, until she had no interest for anything else except in Him.

Customarily, her hand was given in marriage to Bhojraj, the Valiant Prince of Chitor, but neither was happier by the union. Knowing that hers was the life dedicated solely to Girdhari, the Prince nobly withdrew as a husband. But this set intrigues in the Royal household against Meera and when Bhojraj returned fatally wounded from a battle with Sultan of Malwa, Meera had no other course but to leave the palace and take shelter in a temple.

Nandi Thakur, the priest, tried his best to brave the storm but to no avail against the wiles of the new king, Vikramsingh. When all efforts failed to take her life, he ordered Meera to leave Mewar.

And her footsteps turned towards Brindaban, the place where Jamuna flowed and was hallowed by memories of Sri Krishna. People thronged to participate in her songs of devotion wherever she went. All the wicked plans of Vikramsingh were foiled to naught.

But it was in vain to meet her Lord in Brindaban, for Sri Krishna was there but concealed in the hearts of Gopis. Prompted by Radha in a dream, Meera turned her face to Dwarika. This lone wanderer, with songs in His praise ever on her lips, went from place to place with a fervent hope that one day Him shall she meet for certain and never to part.

Once at Dwarika, she encountered an obstacle by the priests who will not open the doors to her. Meera then poured out her heart for a glimpse and He could no longer resist the call.

The doors flew open. He revealed unto her as she willed, and slowly she was submerged in the Divine. What remained behind were the songs she scattered as her offerings to the Lord. Hail to those who would sing them in many generations to come. 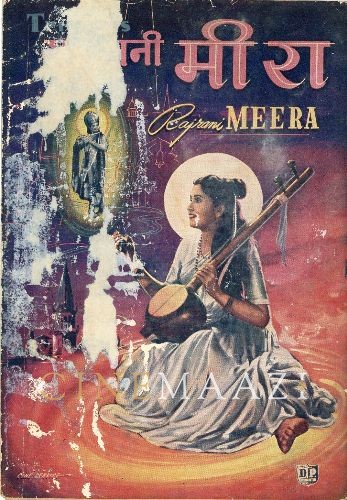 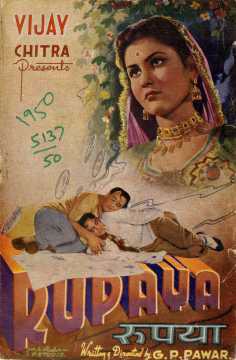